Keeping ‘Siskel and Ebert At the Movies’ Alive

It’s safe to say that most film-lovers know about Siskel and Ebert. Many of them grew up watching their seminal movie review show, commonly known as At the Movies with Siskel and Ebert, throughout the ‘70s, ‘80s, and ‘90s. Maybe some younger fans, like myself, enjoyed watching reviews from their show on YouTube, which were put there by fans who still has videotapes of the show they recorded off the television (some complete with those wonderful ‘80s-‘90s ads). The show has unfortunately come to a finish, following the untimely death of Siskel in 1999, as well as Ebert losing his voice in 2006, but it’s important to keep their legacy intact with the availability of the episodes of their review show – even with the surge of film review vloggers and podcasts, watching Siskel and Ebert is still the most enjoyable way to watch people discuss and review films, as well as film culture.

Unfortunately, it seems this legacy is coming to an end. Although there are a few reviews and episodes available on YouTube, the one-stop archive for the Siskel and Ebert episodes was on a 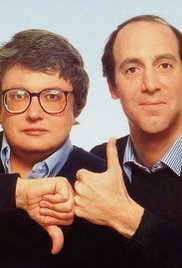 website simply called ‘Siskel and Ebert’, which housed a ton of episodes dating back to the ‘70s when the show was called Sneak Previews and Siskel sported a particularly ‘70s-looking moustache. This site featured hundreds of reviews throughout the decades, plus their Best of the Year lists, Worst of the Year, Oscar Roundups, and other special episodes. Plenty of this content is currently unavailable on YouTube, as one of the site’s co-creators, gradepoint, originally posted these episodes and reviews to YouTube, but were egregiously taken down by the show’s parent company ABC, despite there being no alternative way to watch this show. GradePoint, along with another Siskel and Ebert poster on YouTube firstmagnitude, decided to create a whole new site just for this show and fortunately ABC didn’t get in the way.

For years, this site was a haven for enthusiasts of these two reviewers, but it unfortunately is no more (hopefully for only a brief period). The site’s Facebook page announced on June that the site would no longer be online as it was too expensive to keep up. gradepoint soon responded to the fans who expressed desire to fund the site’s maintenance, saying it’s a possibility to keep the site going with fan funding. Another option available is to try again to reupload the episodes to YouTube, and if they are struck again with deletion, they may have more staying power on a lesser known video site like Vimeo, from where they can be linked from the Facebook page or an easy-going CMS site that simply categories the links as neatly as they were on the site. It’s unfortunate this site, which was easy to navigate and featured a more than usable video function, may never grace the internet again. 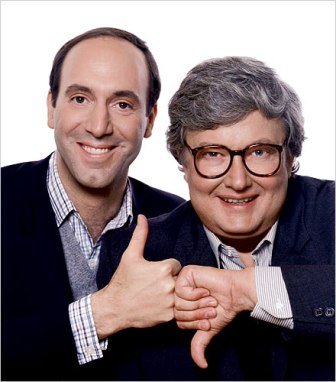 At one point in 2007, an official website was dedicated to more than 5000 reviews culled from this show, which Ebert posted about on his website. Unfortunately, that fantastic-sounding site is also no longer online and no replacement has been made. In Ebert’s blog post, he states “Gene and I knew those old shows would be worth saving” and it’s worth honouring their wishes as they gave us such entertaining and insightful film reviews, worthy of continuing their legacy. Ebert mentions the transient mentality the TV execs had throughout the ‘70s and ‘80s that their reviews weren’t worth saving and that they could be thrown away, erased, or taped over. It wasn’t until Buena Vista acquired the show that the tapes started to be saved, and it’s those ones that appear to have digitised and put up online (albeit briefly).

Luckily, the fans cared more than the TV execs and have their own taped shows that have been made available for the rest of the world to enjoy, and at what seems no-one’s cost but the hosts of the Siskel and Ebert site. Hopefully it has a future, either as the wonderful way it was or on some other video website that will let it stay. It would be great if an archive of these Siskel and Ebert reviews could stay in the one location and attract visibility, as perhaps there are folks out there that have tapes of reviews that have not been uploaded yet. All that needs to happen is for these Siskel and Ebert reviews to make a re-appearance, and whether that’s through this fan-site or the official site, their work deserve to be made online, as that’s what these two film critics wanted.

Keeping ‘Siskel and Ebert At the Movies’ Alive