Fulgurous aesthetics beaming life in the lawless desert of Texas is paralyzed of human emotions in the horror thriller that stretches its paper thin, denting plot. The fate of Bad Batch quite resembles the fate of a young and beautiful, skinny girl whose limbs are chopped off mercilessly.  Even with the pencil-thin plot, the film looks outrageously beautiful and pulsating in its not so original story that squanders frequently. 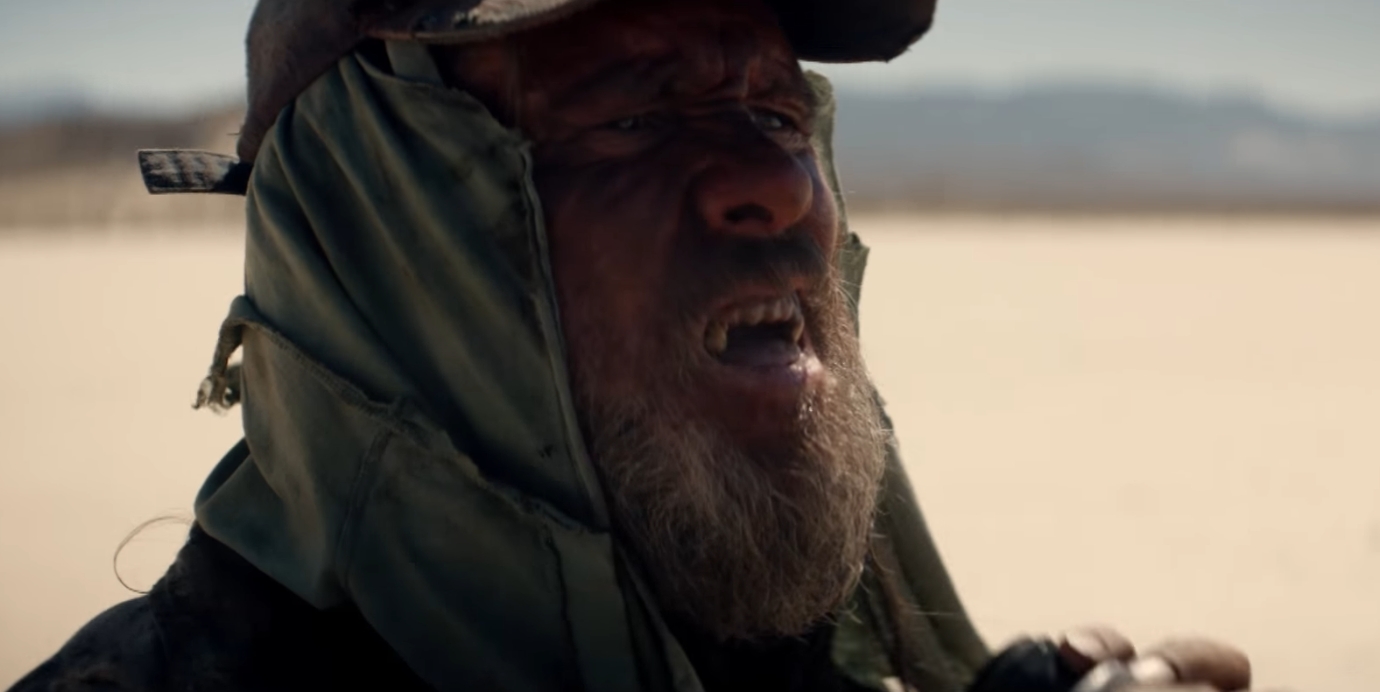 Rich aesthetics, claiming the predominance, seamlessly melts with the gamut of the throbbing soundtracks in a lawless, parched desert, breathing human flesh, decorated with steroid build men flexing muscles and captives held as livestock. Writer-director Ana Lily Amirpour’s command over aesthetics feels so innate that even when the scene feels unnecessary and dull, characters make a stupid move, scene stretches beyond its narrative tensile strength and narration painfully traverse in redundant zone, you are so immersed in the world she builds that it feels real, very tangible, like a hazy oasis in the desert that it keeps your patience in check.

Ana has a unique style, she is developing her own narrative language. Her singular vision plays like a charm in the first thirty minutes. The crackling concept, if not original, boasts interesting characters set in the dystopian world. A young & charismatic girl, Arlen (played  Suki Waterhouse), is thrown out from the United States to Mexican desert as she is considered to be an unwanted and superfluous. Before she could understand how true is the warning on a board where she is dumped, she finds herself chased by two men who pounce on her like a lion on a deer. She is chained, all four limbs are tied tight, her mouth covered with a dirty piece of cloth, music turned louder to subside her scream, and then two limbs are amputated with such calmness and confidence that it feels like a daily errand.Nastier, you think, outrageously gross. But the direction of Ana is so swift that it looks elegant.

The entire sequence cast such a spell that you are frozen to your seat to see the fate of Arlen unfolding on the expansive canvas of this mysterious civilization where no rules apply, literally. Ana invests much of her time in building the character at the expense of slowing down the pace. Unfortunately, the more you stay with the characters, the less intriguing they feel. Their charm soon evaporates like a quasi-water bed in the desert.

Arlen manages to escape from the clutches of cannibals and drags herself out in the middle of desert lying on the skateboard. Worn out, shabby and toothless drifter carries Arlen to the Comfort. A place that offers peace and drugs and noodles for one dollar. It is lead by the cult-like figure the ‘Dream (played by Keanu Reeves with one, still expression).’ As the sun sets, the bounded Comfort is transformed into an arena to party. The lights are cut to pave a path for disco lights, DJ plays trance music to lull the crowd and poison their minds with the false sense of laxity. But place radiates vibes of weirdness. One outpost reads,”This isn’t real.”

Dream joins the party with bodyguards consisting of armed pregnant women, and crowd cheers for him. He addresses the crowd on life and dreams like some sort of divine spiritual upliftment. “To Enter the Dream, You Must Let the Dream Enter You.” The place feels strange longer Arlen stays in it. This is where the problem with the film starts brewing. Idiosyncratic imagination dissipates and curls up in a half-baked romantic drama that looks out of place. Though Waterhouse and Momoa are stripped of words, their expressions do well to justify their action but underwritten writing doesn’t their chemistry to blossom in the desert.

The arid & scorching desert with no sign of life, nourishing the ‘bad batch’ in the form of monstrous cannibalistic camp, ‘ The Bridge’ and an ambiguous camp ‘Comfort’ turns symbolic and metaphorize the sadist upper echelon, narcissistic US snobs who are devouring helpless and pet those who could be sucked for substance to benefit them. The Bad Batch is like a beautifully conceptualized sonnet with quatrains that are mediocrely written. Not so subtle metaphors are disturbing, and at one point, it is frightening as we see the collapse of society that reflects, perhaps, our future as well.