Bong Joon-ho’s Parasite (2019) created history at the 92nd Academy Awards, becoming the first foreign-language film to win Best Picture, along with its other three wins- Best Director, Best Original Screenplay and Best International Film. It also became the first South Korean film to win the highest prize at the Cannes Film Festival- the coveted Palme d’Or. If you have seen Parasite, you know there isn’t quite a film like the genre-defying, thrilling saga of two families -distinguished by class structures- coming together under the same roof. For those who haven’t seen it still, get prepared to be floored.

A succinct review would be the words of fellow Academy Award-winning director of films like Babel, Birdman and The Revenant, Alejandro G. Inarritu who has said how” […] Instead of preaching to us, pointing fingers or predictably, mass shooting oligarchs and corporate monarchs, Bong Joon Ho, sometimes using metaphors and most of the time being literal, builds an impeccable architectural dramaturgy with sophisticated and minimalistic humor, with lightness, darkness, and wit.” Keeping these characteristics in mind, here is a list of ten movies that you can follow up on if you loved Parasite. 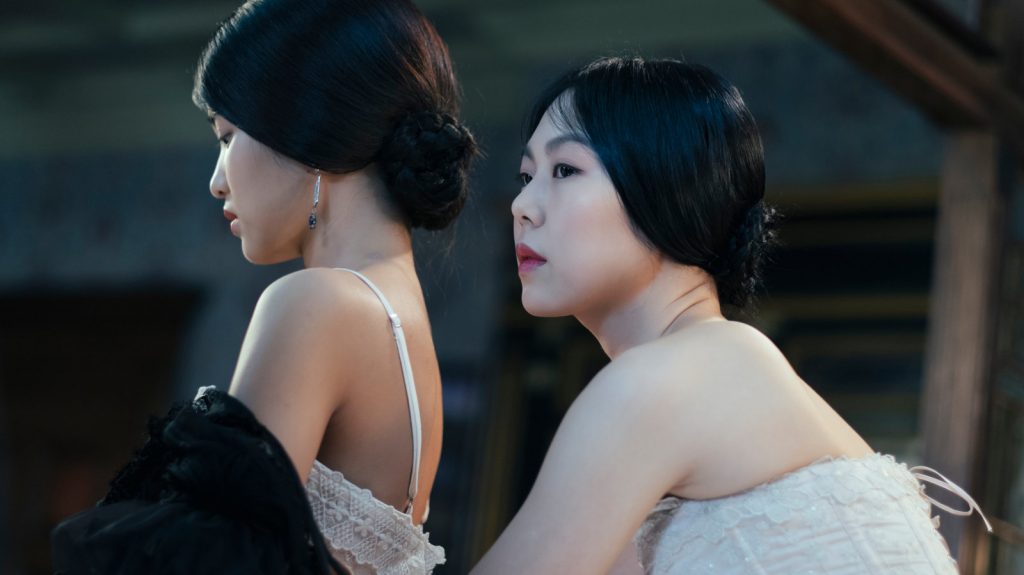 If you loved Parasite’s thrilling twists and turns, there’s a sure chance that you will love another acclaimed South- Korean director Park Chan-wook’s 2016 film The Handmaiden. The director who created the masterful Oldboy, his latest offering is an erotic physiological thriller that begins with a woman who is hired as a handmaiden in a Japanese household. Thereafter, all the secrets of this household come crashing down, one after the other. Inspired by the novel The Fingersmiths by Sarah Waters, this film is deliciously twisted and gorgeously layered- and just like Parasite (2019), it has a sharp commentary on the divide between the elite and the lower class. It is available on Amazon Prime. 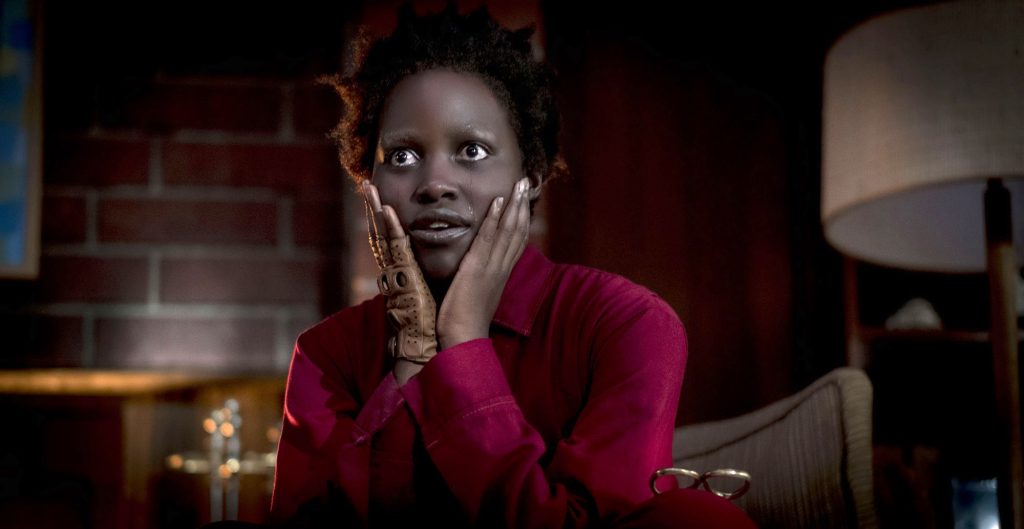 It might not have got the share of attention like ‘Get Out’, but with Us, director Jordan Peele dared to take a step further. In its allegory and symbolism, Us is a reservoir of hidden meanings and undefined layers. It centers around a Californian family who find their vacation turned into a nightmare after a group of doppelgangers tethered as Us, invade their stay. Us shares the same genre-defying figment of Parasite and offers a layered and wholly original commentary on marginalization and oppression. And Lupita Nyong’o’s performance is in a different league altogether, nothing short of sensational. You can catch it on HBO. 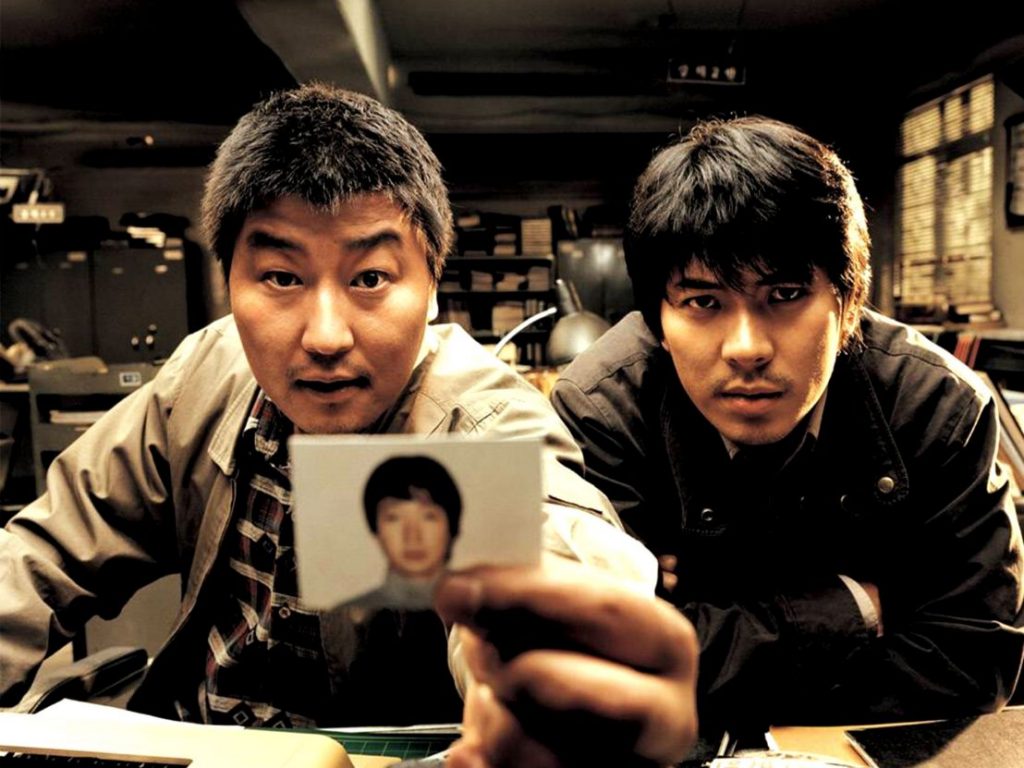 Before he made Parasite (2019), Bong Joon-ho turned in another superior masterpiece- Memories of Murder. It revolves around two detectives- Park and Seo -who set out to solve multiple crimes of rape and murder on women by an unknown culprit. It features Bong Joon-ho regular Song Kang-ho (the patriarch of the basement family) and based on Kim Kwang Rim’s 1966 stage play, this film is based on South Korea’s first serial murders and promises to be as thrilling as it is introspective. For a film disguised as an investigative thriller, Bong masterfully makes the characteristic connection between these people and the immediate repressive society they live in — one where violence is at once commonplace and the very nature of reality is constantly in dispute. 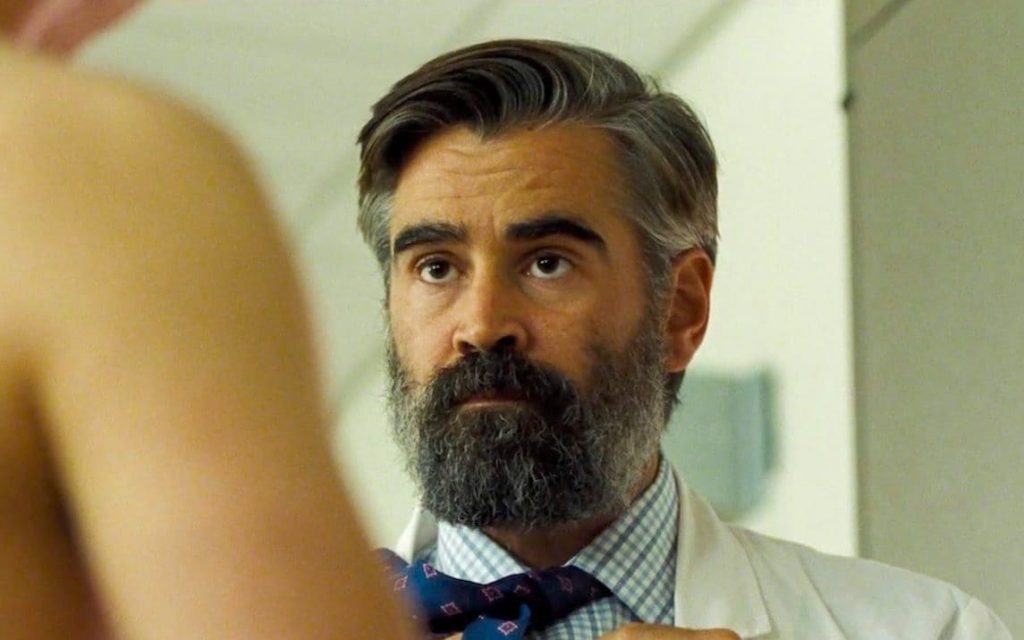 If you are faintly acquainted with Greek director Yorgos Lanthimos, you would know he likes nothing straight and direct. Before he gained wide international acclaim with The Favourite, he made The Killing of a Sacred Deer, a ruthless thriller-horror film that might just be as familiar as Parasite’s home invasion saga. Centered around a cardiac surgeon (Colin Farrell) it follows his family thrown into the scare from the past when a vengeful act of retribution resurfaces in the form of a deranged teenager. Uncompromisingly twisted, this film might be too cold for some, but it offers a harrowing commentary on how the rich influence the life of the poor beyond measure- a trait that it is deeply embedded within Parasite. 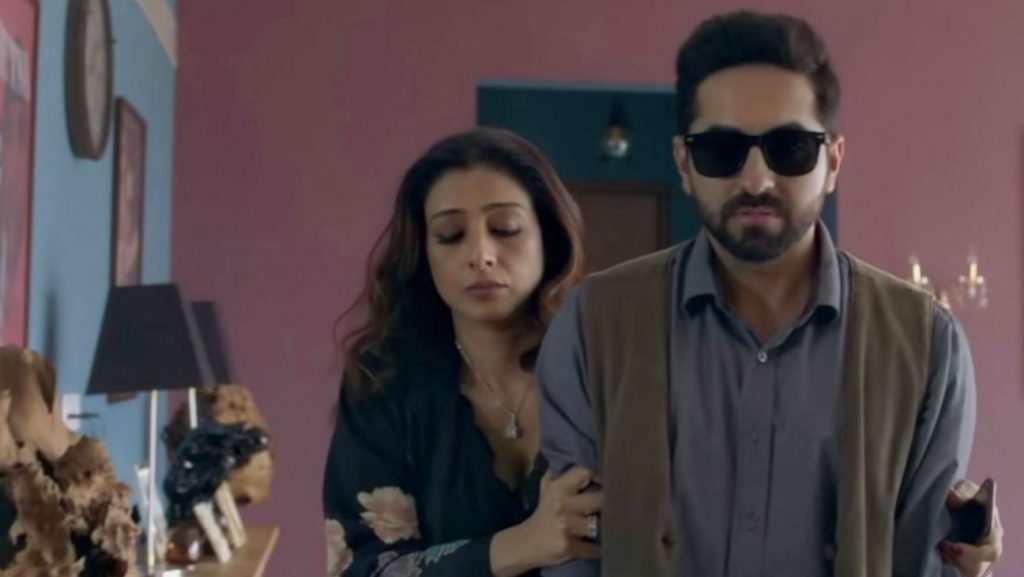 Starring Aayushman Khurana and Tabu, this Bollywood thriller film is inarguably one of the best films of the decade, with a brilliant mix of thrill and fun. Revolving around a blind pianist Akash, and how his life gets entangled in a horrifying mix of passion and murder, Raghavan’s film is one trip. Like Parasite (2019), this multiple National Award film has elements of invasion, black comedy and offers a brilliant commentary on the very concept of art. Andhadhun also has a similar ability to constantly shift the economy of a situation from tragedy to comedy and outsmart the audience into keeping a tight distance from the protagonists. Also, Andhadhun has the most brilliant use of Beethoven’s fifth symphony in Indian cinema. It is available on Netflix. 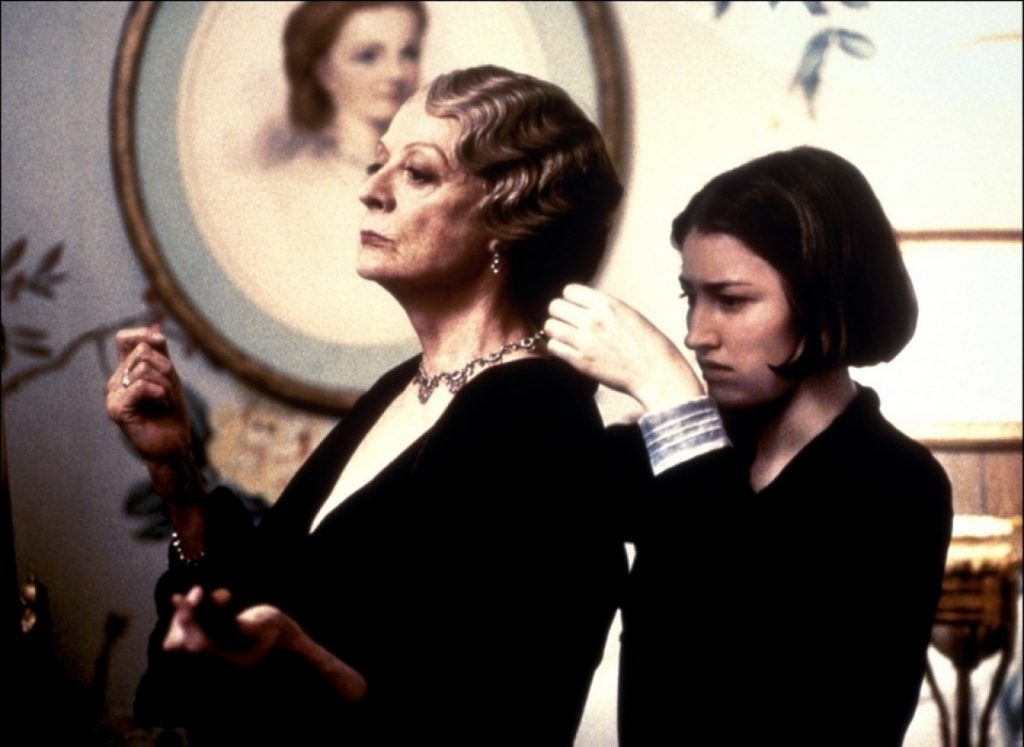 Gosford Park is a deconstruction of class and social attitudes in early 20th Century England, hidden beneath the surface of a mystery. Starring a heavy cast that includes Michael Gambon, Kristen Scott Thomas, Maggie Smith, Jeremy Northam, Helen Mirren, and Emily Watson- this whodunit revolves around a murder that occurs during a dinner party and the further investigation carried out from the perspectives of the guests and servants. Like Parasite, what Gosford Park revels in showing is in the exploitation and interdependence of class. It follows the parallel lives of servants “below stairs” and those whom they serve “above stairs”, and develops more into a character study, coupled a merciless satire of a way of life that has ceased to exist. 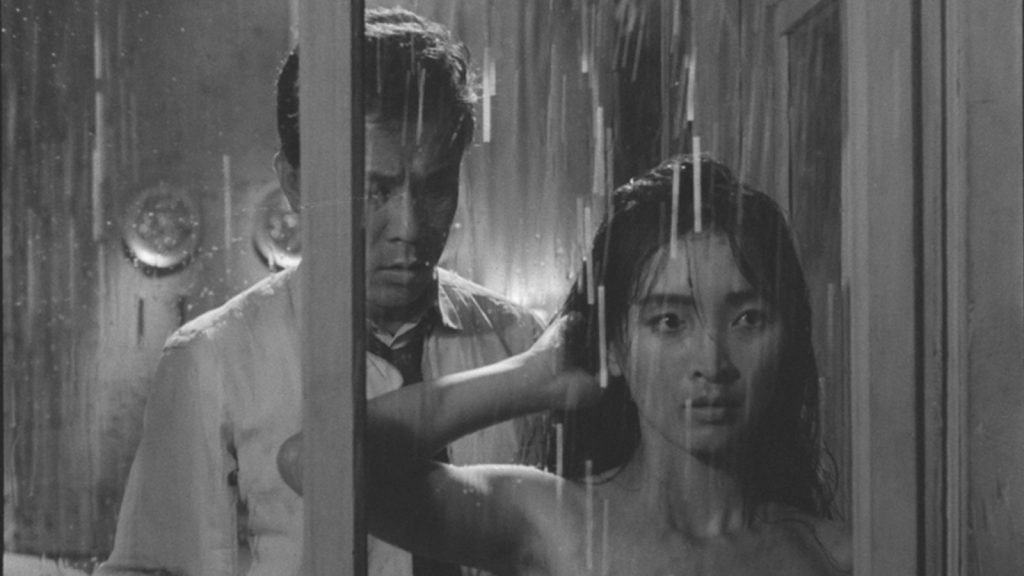 Director Bong Joon-ho made a list of films that were influential in the making of Parasite, and The Housemaid ranked high on that list. It is inevitable to locate the similarities- domestic destruction, predatory home invasion and steeped in suspense, this classic piece of South Korean drama is a must-watch for anyone who loved Parasite (2019). In Bong’s own words, “Staircases play an important role in visually showing this sense of infiltration that’s at the core of ‘Parasite.’ The Korean 1960 classic ‘The Housemaid’ by Kim Ki-Young, whom I consider my mentor, is also about a housemaid infiltrating a middle-class family, featuring a staircase in one of its pivotal scenes.” 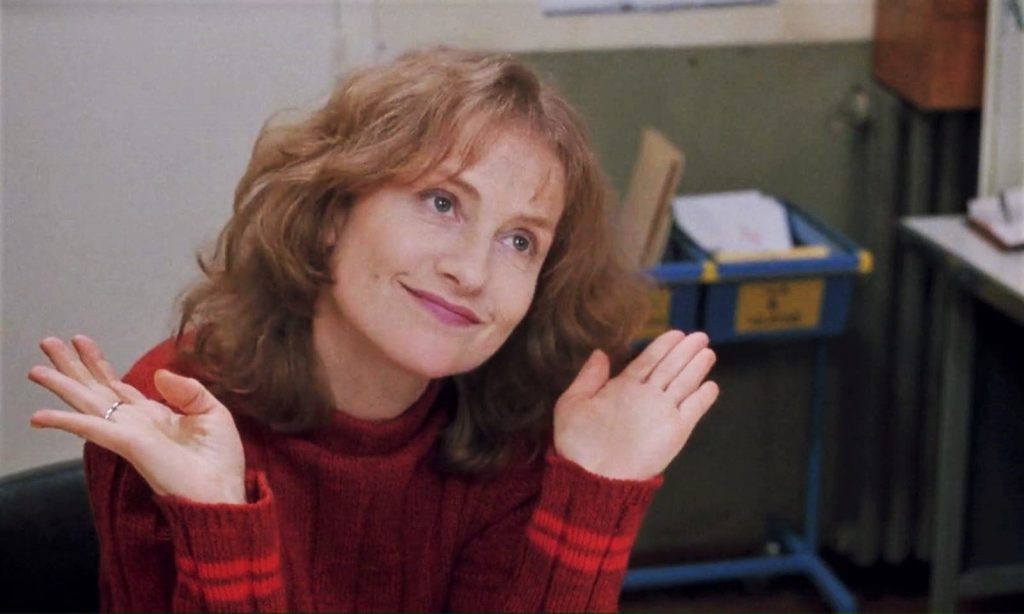 “Claude Chabrol, a French master of crime films, was also a big influence, particularly his films ‘La Cérémonie’ and ‘The Beast Must Die.’” said Bong Joon-ho. Featuring a knockout performance by Isabelle Huppert, Chabrol’s film follows two housemaids Jeanne and Sophie in a household involved in a diabolical tale of the power play that leads to murder. In truth, to describe La Cérémonie as a psychological thriller or even frame its narrative in terms of mere class warfare seems somehow to diminish the complexity of the layers of intense emotional and social collision woven into this well-constructed drama with overtones of black comedy. 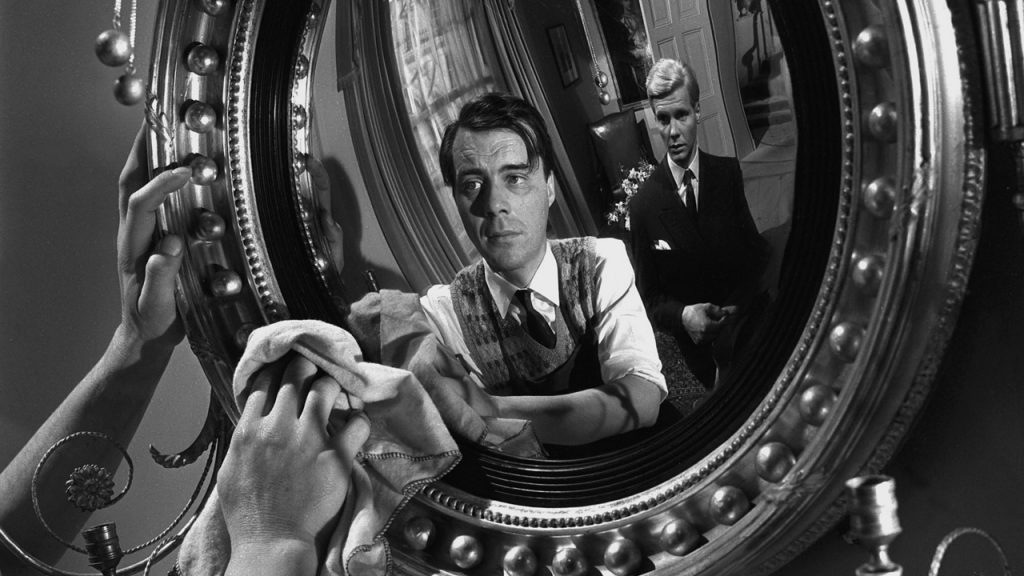 Based on the book by Robert Maugham, Losey’s film is about the same master-servant conduct that Parasite (2019) engages upon, but with a subtly detached, dispassionate viewpoint. It revolved around a hardworking northern schemer Barrett (Dirk Bogarde) who takes a job as a manservant for workshy fop Tony (Dirk Bogarde). There’s a spot of manly flirting, a touch of jealousy from Tony’s intended (Wendy Craig), that brings in an imperceptible mix of master-servant codes of conduct. Then, Barrett’s sister (Sarah Miles) arrives from Manchester, and things get very strange. The Servant is a stand-alone film that has a very claustrophobic feel to it and approaches its atmosphere of an identity crisis with a polished sense of the subversive. 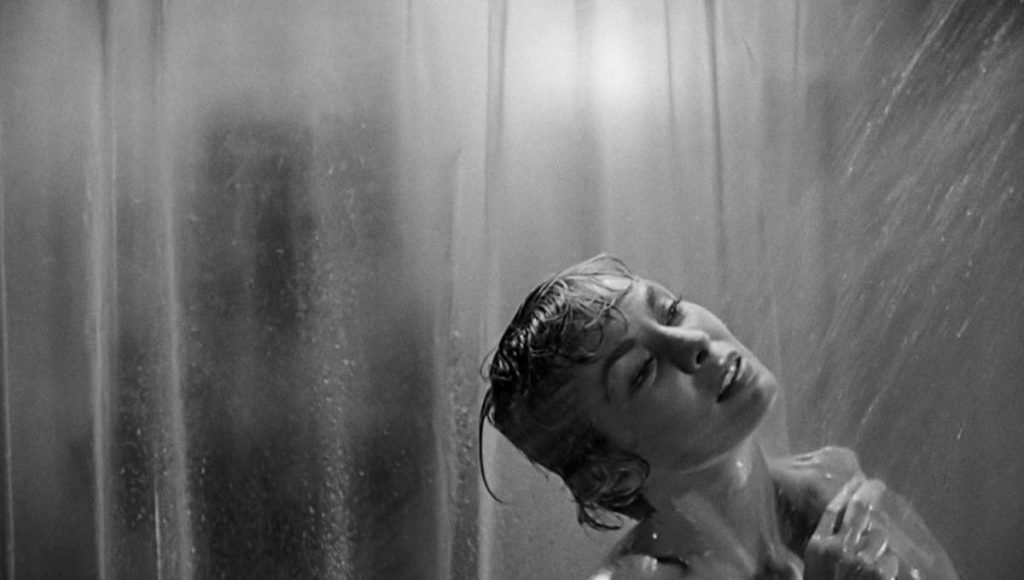 Hitchcock’s classic horror movie continues to influence filmmakers and audiences still, and Bong Joon-ho has expressed how Psycho was a definitive inspiration behind the making of Parasite. The film is about a young woman, named Marion, who steals $40,000 from her employer’s client and goes on the run so that she and her lover may be together. In doing so, Marion stays at the “Bates Motel” a motel that is off the main road, is hard to see and has no one else staying there. The film becomes intense when the runner of the motel, Norman Bates, becomes the main character and is found to be under the domination of his mother, causing problems for Marion. I was directing the viewers,” the director told Truffaut in their book-length interview. “You might say I was playing them, like an organ.” For anyone who has seen Parasite, you know you are in for a treat.