‘Parasite’, a word and movie are on each one film fanatic’s mouth today. Bong Joon-ho’s latest present on capitalism, league, and assets is headlining in all ace film lists of 2019 around the map. Bong Joon-ho became the front filmmaker from Korea to win Palme d’Or at Cannes 2019 and pocket the nomination for Academy Awards of 2020.

These accomplishments of him were due, it is not a sole universal film that is gathering engrossment. Bong Joon-ho’s capability and craftmanship buzzed into the paint in 2003 where he shaped an outright classic ‘Memories of Murder’ as his second feature about crime and collapse. Every international fruitful academy of films lagged 16 years in honouring the genius, but all these years he forges ahead forming films for us in South Korea and Hollywood, and in an ensemble of his narratives we lived in as a society for the occasion. Here, I hold four of his films to spiel around his characters’ trivial success and lasting guilt.

Let’s go back in 2009, In his film Mother, where the mother is striving to unchain his intellectually wounded son against the crime he committed. How can one rationalize crime? The criminality of whatever form or whereabouts is a felony. In the climax ensuing liberating her child, she travels on a bus for a lay off with other tourists, better of them were women. She blends the dancing with others, Bong Joon-ho endorse the glimmer of the sun catching over everything as long as viewers only revive the flare of the sun behind the film. Bong Joon-ho thrive for these stages, all his characters are pigeons in a birdcage, they all are a chunk of the bulkier system of authorization. 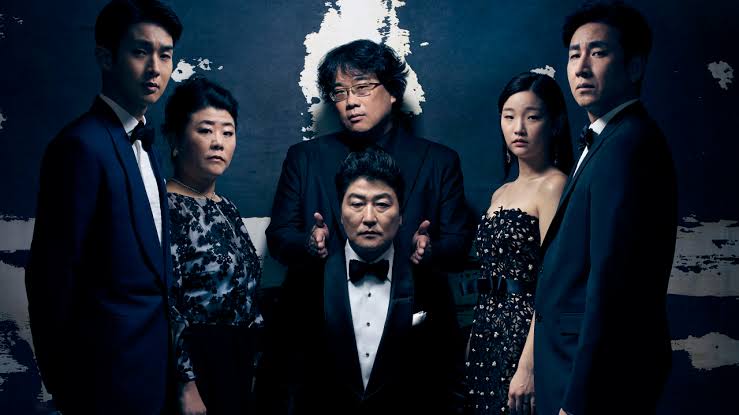 In Mother, The mother forfeits everything for her son’s forthcoming with or without her but at the cusp of the disaster, she is granted to dance just like prisoners allowed to crack a gag. This quiet dance is prestige, a resolution of character but with all the baggage of agony associated with it. It is not immunity but forcing one’s self to be free for a flash not like 5-10 minutes in a 2-hour film, with Bong’s characters, it might be a few odd minutes of their lifetime.

With the baggage of misery, In his 2003 offering ‘Memories of Murder’ men are not allowed to get triumph alike for breathing. In this tale of crime, the detectives bid to decode murders of women happening in a town. Even after middling suspects and narrow victories, they invariably bought back to the certainty of men’s fiasco. It’s like byword, we men ourselves blunders to curb ourselves than how do we assume to deal up the riddle of crime against women?

After shutting down the case and years after the detective arrives at the crime site to notice anything which might be near but he concluded up, staring at us on the camera conforming it can be any men who committed the crime. Me, you or anyone, it borderlines with an extreme dishonour of prosecutor and men. In that case, Bong eternally refuses any glory.

How do men and women divert with an ample contrast in the macrocosm of Bong Joon-ho? Short interpretation is there is his monster saga, The Host. In The Host, The demon is spawned by the American Army man’s weariness to position and people. He threw chemicals in the Korean River which forges a spacious beast. Bong Joon-ho doesn’t crave the audience to anticipate a monster like cheapo Hollywood, he opens it in the front lean minutes of the film and then, the film chase a family and nation altered by it. In the early rendezvous with giant, a hasty father left the hand of his girl and the monster swallows her and in a comparable disaster, a needy man lost his boy. Girl shot to salvage both of them from the monstrosity, she manages to free the boy but not herself.

Coming to the cusp, The little boy and girl’s father live their rest of life together, which consent the entire spectrum in agony. Man will deadline in perennial liability again but he was mentally ill at first place and elected ignorance of it by community ended up defeated a daughter. The girl had a date with splendour by saving the boy but in the men’s sphere, she lost and unremembered.

In his latest success ‘Parasite’, Bong Joon-ho masks identical themes. The existence of men and women in distant classes amidst the fog of capitalism. There are hundreds of articles about the film’s metaphors and technics to array the class aberration between two families where one lives as parasites to a monied family but let’s discourse the cost of lives in the film.

In the film, Three classes are living in the same house, One is wealthy, one is working and another one is faded. There is an architectural and hysterical representation of them in film. Everyone has to the accord will gross destruction at the end. All women throughout the film are framing a family and making amenities for men. Working-class man who is protagonist living as parasite kills a rich man and replaces as a ghost of faded class underneath the bunker with never-ending remorse of saving the family by bloodshed. His daughter was supposedly woke women gets killed as a retaliation of an etiolated class man’s wife’s accidental murder. Rich will get richer and die rich and poor will become poorer apt here thoroughly. Both remaining women of the prosperous and working-class family will have to lift their sons and they are allowed to have their children back from the massacre of death en route the end after all men vanish.

Bong Joon-ho bends all these characters in genre filmmaking is itself a triumph. His films are so conscious in time it runs and leaves long concussions because of the fate of the characters involved. We see our outcome in his characters, we might end up with everlasting regrets but the man Bong Joon-ho deserves the prestige.

Jawaani Jaaneman [2020] Review: A Breezy Film Smitten by its Breeziness