The arrival of a new film from BONG Joon Ho is always an event, but the premiere of Parasite at Cannes is the cause for particularly strong anticipation. Having worked over the last decade on the expansive, internationally-set features Snowpiercer and Okja, BONG now returns to his home country for a film that is more focused in its setting, but perhaps even more ambitious in its execution. The consensus is building that Parasite represents not merely a new film, but the beginning of a new stage in BONG Joon Ho’s accomplished career. Parasite (GISAENGCHUNG) premiers at the 72nd Cannes Film Festival in “In Competition- Feature films.” Here is the Cannes Interview of ‘BONG Joon Ho’ on Parasite.

What is the meaning of the title Parasite?

At first, everyone expected that Parasite would be a creature movie or SF film. Even more so because the title forms a connection with my previous film The Host. But as I have said before, this film’s protagonists are family members living in the real world. There are people who hope to live with others in a co-existent or symbiotic relationship, but that doesn’t work out, so they are pushed into a parasitic relationship. I think of it as a tragicomedy that depicts the humor, horror and sadness that arise when you want to live a prosperous life together, but then you run up against the reality of just how difficult that can be. It’s an ironic title, not unlike the original Korean title of Memories of Murder, which carries the connotation of “warm, pleasant memories.” How can one hold warm, nostalgic memories of a murder? Is it wrong to do so? In the same way that film depicts the memories of an era through the Hwaseong serial murder case, Parasite too carries an ironic nuance in its title. 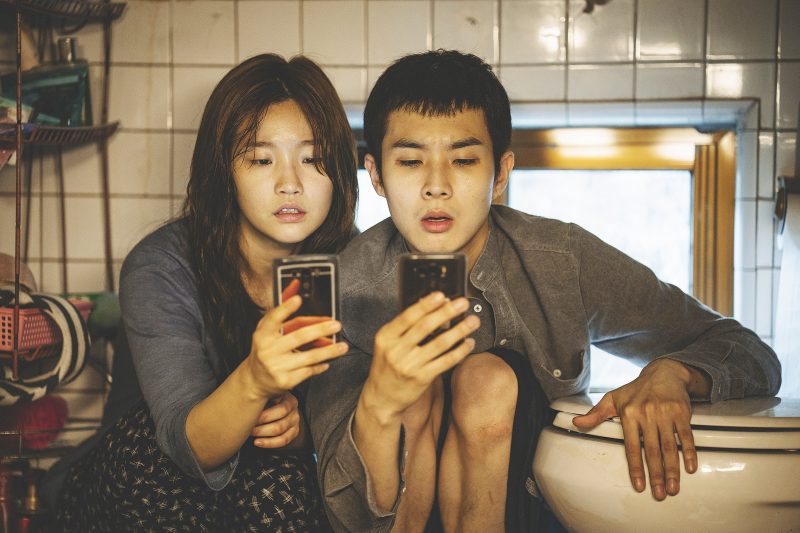 How would you categorize the genre of Parasite?

It’s a human drama, but one that is strongly imbued with the contemporary. Although the plot consists of a string of unique and distinctive situations, it is nonetheless a story that could very well take place in the real world. One can see it as taking an incident that was on the news or on social media and putting it on the screen. So in that sense, it’s a quite realistic drama, but I wouldn’t object if one were to call it a crime drama, a comedy, a sad human drama, or a horrific thriller. I always try my best to overturn viewer expectations, and I hope Parasite succeeds in this way.

Who are the families at the centre of Parasite?

They are a lower-class family living in a squalid semi-basement flat who just hope for an ordinary life, not anything special – but even that proves hard to achieve. The father has accumulated numerous business failures, the mother who trained as an athlete has never found particular success, and the son and daughter have failed the university entrance exam on multiple occasions.
In contrast, the family of Mr Park, who works as the CEO of an IT firm (not connected with any of Korea’s chaebol business conglomerates) is a competent, newly rich family. Mr Park is something of a workaholic.
There is his beautiful young wife, and his cute high school aged daughter and young son. They can be seen as an ideal four-member family among the modern urban elite.

Quentin Tarantino is not the only one who pleaded film goers present at Cannes to reveal anything about the film – Read the Bong Joon-Ho Open letter that pleads not to give away spoilers.

Tell us about how you cast the roles in the film and your reasoning behind it.

For this film, it was important to assemble a cast that would play off each other well and form an effective ensemble, as with a soccer team. They needed to project the air of a family at first sight, so I gave it a lot of thought. The first one I cast was SONG Kang Ho, and then as I was shooting Okja with CHOI Woo Shik I thought it would be fun to cast him as SONG Kang Ho’s thin son. After that, the similar-looking PARK So Dam, who has great acting skills and projects a distinctive, vague sense of reality, was cast as his sister. It was important that they resemble each other to express the physical connection between the family members. As for the actress CHANG Hyae Jin, I liked the understated, everyday strength she projected in the film The World of Us and so I placed her in the role of SONG Kang Ho’s powerful wife.

As for the Park family, I didn’t want the typically clichéd portrayal of the upper class that you see in Korean TV dramas, so instead, I needed actors who projected a cultured and kind image. I’ve always been impressed by the multifaceted charm of LEE Sun Kyun, so he was cast as Mr Park. In the case of CHO Yeo Jeong, she strikes me as resembling an incredibly deep diamond mine that has yet to be fully explored, and so I cast her in the hopes of revealing even a part of it. This isn’t a film with a single protagonist, so the way the actors all responded to each other was extremely important. In the end, I was really thankful to them for each playing their part so well, like a well-coordinated soccer team.

What kind of image of contemporary society did you want to project through this film?

I think that one way to portray the continuing polarization and inequality of our society is as a sad comedy. We are living in an era when capitalism is the reigning order, and we have no other alternative. It’s not just in Korea, but the entire world faces a situation where the tenets of capitalism cannot be ignored. In the real world, the paths of families like our four unemployed protagonists and the Park family are unlikely ever to cross. The only instance is in matters of employment between classes, as when someone is hired as a tutor or a domestic worker. In such cases, there are moments when the two classes come into close enough proximity to feel each other’s breath. In this film, even though there is no malevolent intent on either side, the two classes are pulled into a situation where the slightest slip can lead to fissures and eruptions.

In today’s capitalistic society there are ranks and castes that are invisible to the eye. We keep them disguised and out of sight and superficially look down on class hierarchies as a relic of the past, but the reality is that there are class lines that cannot be crossed. I think that this film depicts the inevitable cracks that appear when two classes brush up against each other in today’s increasingly polarized society. 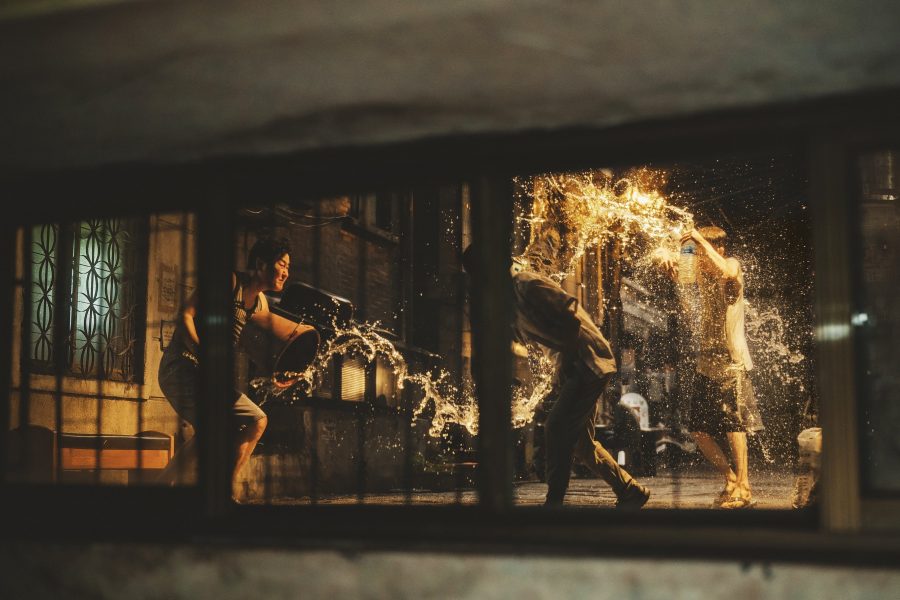 What do you hope viewers will get out of this film?

I just hope that it gives audiences a lot to think about. It is in parts funny, frightening, and sad, and if it makes viewers feel like sharing a drink and talking over all the ideas they had while watching it, I’ll wish for nothing more.

Prior to Cannes Premiere, 'Once Upon A Time in Hollywood' released official Trailer