The Red Sea Diving Resort exemplifies the real life rescue operations of thousands of Ethiopians by a team of brave international agents in undercover from Sudan to Israel in the late early 80’s. The film considers the word “refugee” as just a label, and runs with it. Chris Evans plays Ari Levinson, an agent who would take huge risks to any extent to save a life, not unlike a superhero film.

Is it a coincidence that Captain America is in this role? It’s essential with a story like this to register the fearful apprehension of a human in this situation. Instead, the film begins to tread on an assuring, predictable plot. It leaves behind what’s at stake and maintains its superhero sangfroid, without trying to elevate any real tension.

Kabede Bimro (Michael Kenneth Williams), who helps Ari to transport thousands of people to Jerusalem, narrates the events in the story of the savior whose efforts save the people. The film ends up glorifying the act of “heroes” and fails to strongly record and explore the turmoils of the people who have to flee their settled home in fear of persecution.

Some comparisons are certainly drawn with Ben Affleck’s Argo (2012). Argo hit all the right points; it explored the human limitations and vulnerabilities of the saviors in the hampering situations. It made it more convincing. Chris Evans plays the stone-faced guy who actually has much emotional baggage at home. He does try to emote. But his sufferings are not written in a way to feel his sting. The substantial reason behind his efforts is sadly undersized. 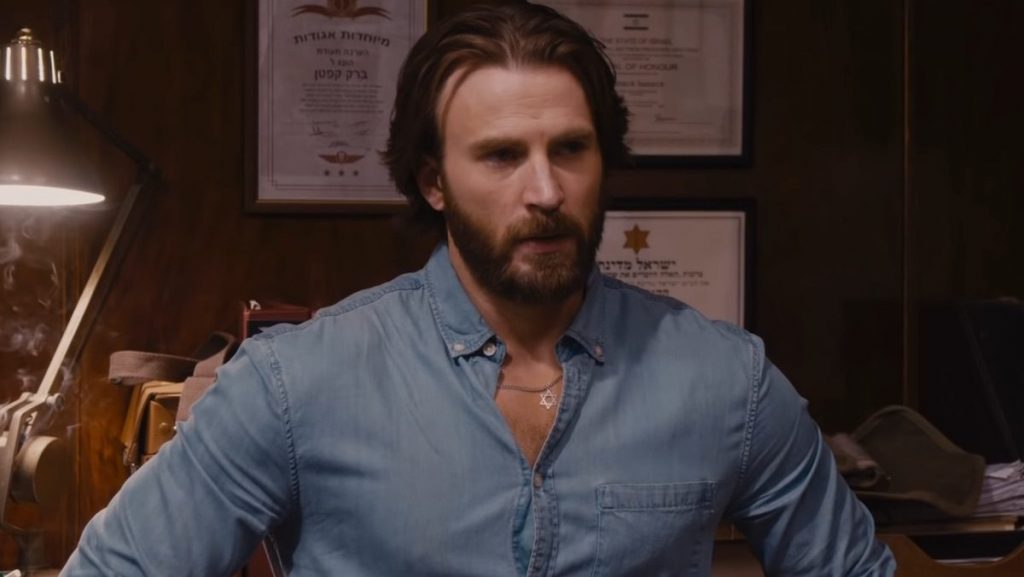 Haley Bennett, Greg Kinnear and  Sir Ben Kingsley are reduced to basic plot device characters, who try to fill up the voids in the story by encouraging or hindering the act of the hero. It can be argued that when a story is based on real life incidents, it limits the imagination to draw the desired arcs in the plot.

But that does not explain reducing the efforts and toils of the other characters to any less than that of the “only savior” in the story. The team uses a resort as a cover to help the refugees to flee to a safe country by sea. The challenges they face are dramatically designed, which fails to give the authenticity it requires. They get past all of the troubles unscathed.

At one point of in the film, Chris talks about the resort and says that it was constructed in the early 70’s. It gave me a chuckle as this story of the film is set in 1979-80. He could have said it was done 9 or 10 years back.

A wayward plan to get thousands of refugees out of an unsafe country is a brilliant plot point to serve it in the form of a film, especially by a group of reckless people who are unarmed to guard even themselves. They have the will to act on the mission as no one else will. It sadly does not log the criminality enough in the process, and merely considers it as the legacy of politicians who made it possible.

The Irishman Trailer: Goodfellas Turn Up The Heat!

How Spike Jonze's Her Examines the Feminine Side of a Man