We’ve recently seen a bit of a resurrection in what was once thought a metaphorically dead genre – the Western. Now, as I like to call it, ‘The Modern Western’ is taking over. The Hateful Eight and Django Unchained continued to solidify Tarantino’s talent in keeping these wild stories as relevant and as entertaining as possible for a modern audience. However, I’ve yet to see something that comes close to capturing these thrilling texts across from US soil. A Girl Walks Home Alone at Night was Iran’s brilliant romantic take on a ghost town sprinkled with vampiric excellence but I haven’t yet found a perfect foreign contender to an American resurgence. Herein enters “Bacurau.”

After the matriarch of their small town in the deep nothingness of Brazil dies, the close-knit community of Bacurau is confronted with a horrific, violent and murderous problem – The Tourists. Their village is torn from the maps and their entire existence is facing extinction unless they band together and defeat a pack of ‘trophy-hunter’-esque villains who want nothing but to kill. That bloodthirstiness, however, is nothing but mutual.

From the first scene, this film blesses our eyes with the imagery of death in the bush of Brazil. A truck barricades through a coffin and sets the tone quite perfectly. The introduction is filled with song and mourning but also a sense of mystery, water is scarce and there seems to be an overall grudge against Tony Jr (Thardelly Lima) who is the big politician trying to geode people with resources just for a vote. He’s vile as it becomes clear by the end of Bacurau, but we soon discover that nothing is viler than a trigger happy lunatic from up North. And there’s a lot of them. 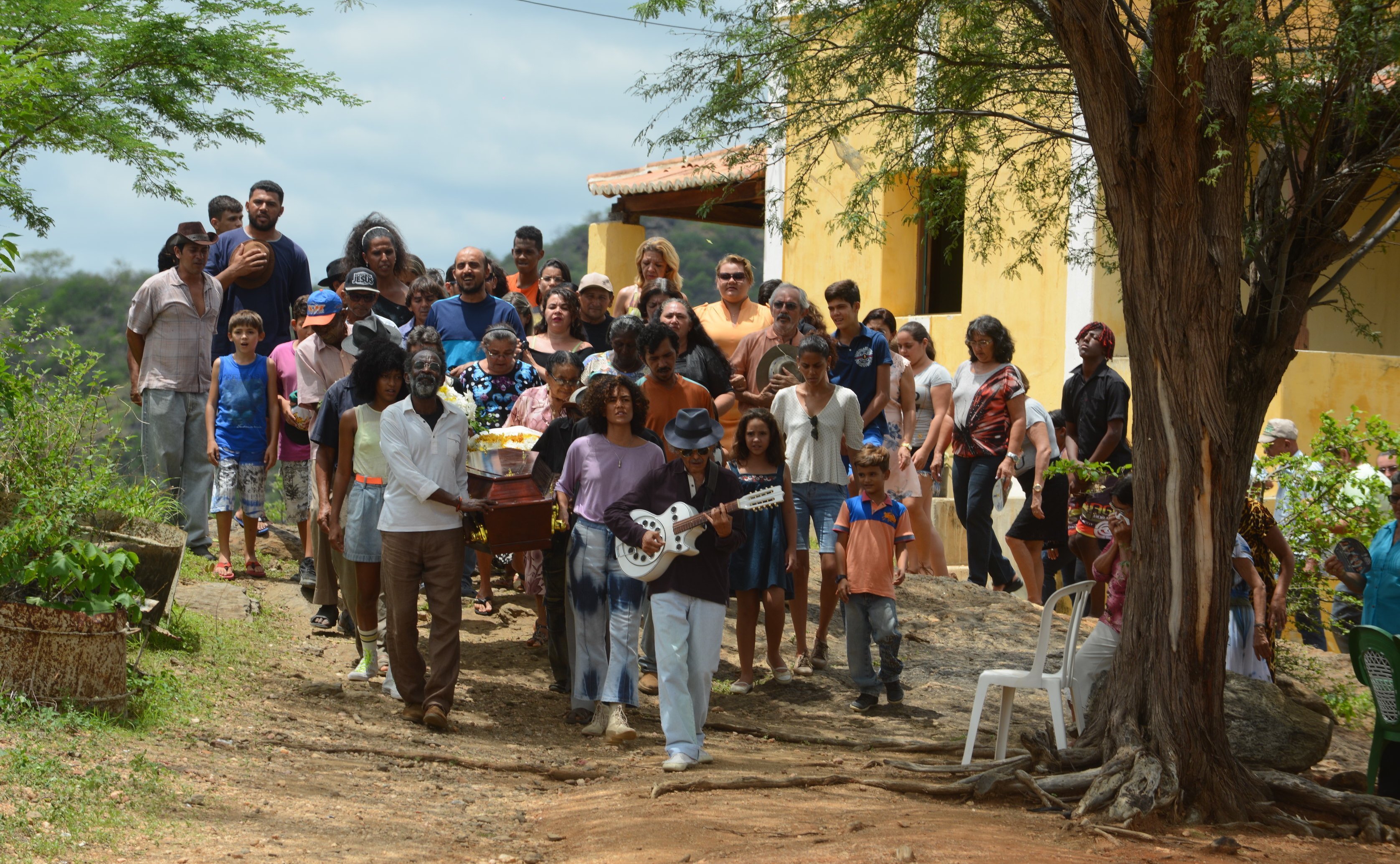 This will be a divisive film and I can partially understand why, there is a lot of gratuities, child fatalities, and nudity but they aren’t for a lack of purpose. If we sit back and listen, we understand that this is not just about bloodshed but about the infiltration of peace. This is about a gang of well-realized stock characters getting ready to defend their tranquility. It is a story of assassins, doctors, prostitutes and teachers banding together to massacre some ignorant trespassers who underestimate the voice of a quiet town. It is beautifully shot, insanely investing, often humorous but most of all it is viciously pleasing. If you have any involvement in seeing a 2019 version of Seven Samurai with a South American charm then Bacurau will floor you.