“Not knowing you’ve decided to walk away for good. Left behind an unfinished love-song…” What appears to be somewhere between Wong Kar-wai’s illustrious vision and a much-revered Farewell My Concubine, the film is designed with the utmost care for its poetic craft. At the same time, similar lines belong to the songs that echo the state of the characters in reality. Leon Le’s ‘Song Lang’ plays with this notion of drama and reality to bring about how they’re rooted in the same humane emotions.

None of the tales come out of thin air. It affirms that sentiment while presenting a mirroring reality that shows the interplay between both these worlds. And it succeeds because of the elegant narration where its inspirations are apparent but are never shadowed by the maker’s own strengths.

Related to Song Lang – IF YOU ARE HAPPY [2019]: ‘NYAFF’ REVIEW – AN INTRIGUING EXISTENTIAL THRILLER ROOTED IN REALITY

The film is about two characters connected with Cải lương, a type of Vietnamese folk opera. The narrative is based in Saigan around the ’80s where Dug (Lien Binh Phat) appears to be a quiet and dominant debt-collector. He doesn’t mind what his actions might affect others until he’s paid by the borrowing party. Precisely speaking, he finishes his job without giving a thought for the repercussions. At least, that’s what it looked like from his outward persona. Until one day, where he goes to a theatre to finish a similar job and attempts to burn their clothes as they were not able to pay him back. Generally, he could prove his dominance over the other party. But here he gets opposed by an actor working there, Linh Phung (Isaac) who comes to rescue and doesn’t show any sign to be weak to be buried under the burden. 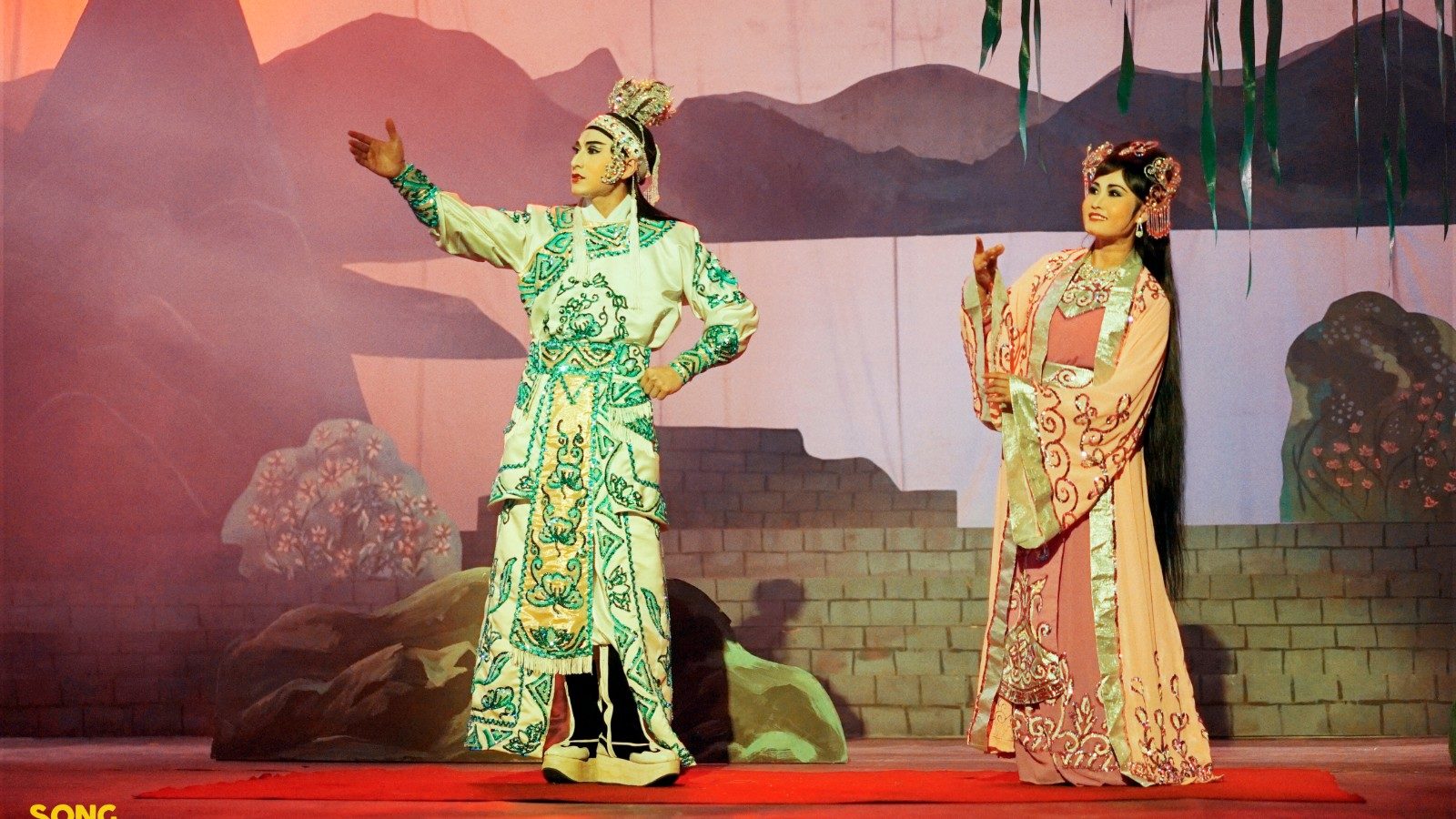 This instance leaves him in awe about Linh, not just for the courage but for standing for his own roots. It takes him back to his own childhood where his father used to work as a Cải lương musician whereas his mother was an actor in the same theatre. Coming from such background, he definitely had the required sensibilities to emote his own thoughts. But that appears to be buried under his outward fierce persona as he abandoned these artistic roots because of the troubled, lonely past. Despite, those emotions don’t take much time to come to the surface once he starts interacting with Linh. Their early encounter, which happened by accident, further blossoms into realizing how inherently similar they are despite the outward differences. Their conversation helps Dug to uncover his buried feelings and to affirm his actual identity. Meanwhile, it conveys how the emotions lived in the actual life in the past help to bring about the soul to any art.

While narrating all of this never does the film tries to preach or manipulate to engage us. Sure the internal conflict might feel slightly rushed, but it never feels contrived. Besides, the film is filled with exquisite visuals which are elaborately designed to mirror the character’s real emotions. Whether it’s a feeling of alienation or abandonment or a simple moment of joy, it reflects through the lucid imagery. The lights are carefully handled to convey the difference between a theatre and a rainy night, while never overpowering its own existence. Besides, the color palette is kept constant which keeps the tone intact throughout the film. The music which plays in the background, apart from the theatre scenes, makes the viewer constantly engaged with the psyche of the characters. As a result, the overall mood of the film is handled with precision. Even when it has a theatrical feel besides the actual scenes, it is completely aware of its purpose.

The individual performance by the lead actors Lien Binh Phat and Issac stand out just as much as their excellent chemistry. Lien Binh Phat excels with his understated performance while in the theatrical turn, Issac effortlessly complements his performance. The film surely looks like a love-letter from the director who shares past with the era that the film is depicting.

As a result of the director’s intentions, the craft elevates an already beautiful script where film’s melodramatic moments never seem plastic or even artsy. And his genuine efforts with just a debut feature are more than rewarding.