Reminiscent of the films like Villeneuve’s Polytechnique or Gus Van Sant’s much appreciated Elephant, ‘The Gun (Jû)’ also attempts to showcase how the young, naïve minds surrender to certain vices if exposed to the means of violence.  Although the film doesn’t go full-throttle into explaining a particular resulting scenario, it does try to paint a picture of the psyche of a similar young individual. The protagonist is an edgy, angst-ridden kid who sees no point in his life. But unlike the other films, he falls into the trap by accident.

Based on a novel by Akutagawa Prize winner Fuminori Nakamura the film follows Toru Nishikawa (Nijiro Murakami) – A young lad with the aforementioned edgy views. One day, he comes across a gun near a crime-scene and without fully understanding what he’s doing, he picks up the gun and takes it home with him. He instinctively starts fantasizing what to do with it. He starts contemplating whether to use it as a mean of protection in order to become a messiah or to use it to kill the ones opposing his ideas and views. He even goes on to consider it as an embodiment of Thanatos, the god of death.

Similar to The Gun – THE SCOUNDRELS [2019]: ‘NYAFF’ REVIEW – A STANDARD FARE WHICH COULD HAVE STOOD OUT WITH A DIFFERENT APPROACH

That gun changes his dynamics with other people. While being shy and introverted before its possession, he becomes more outspoken and confident with an obvious bravado. So much so that he even goes on a double date while using those girls as his source of fulfillment, merely as the things to have control over. In this game of entitlement, a classmate (Yuko) who’s genuinely interested in him doesn’t receive any kind of affection. Meanwhile, he goes on to find the one who sexually ‘accepts’ him. Besides, the film also touches many existential aspects while explaining his behavior linking it to his conflicted childhood. 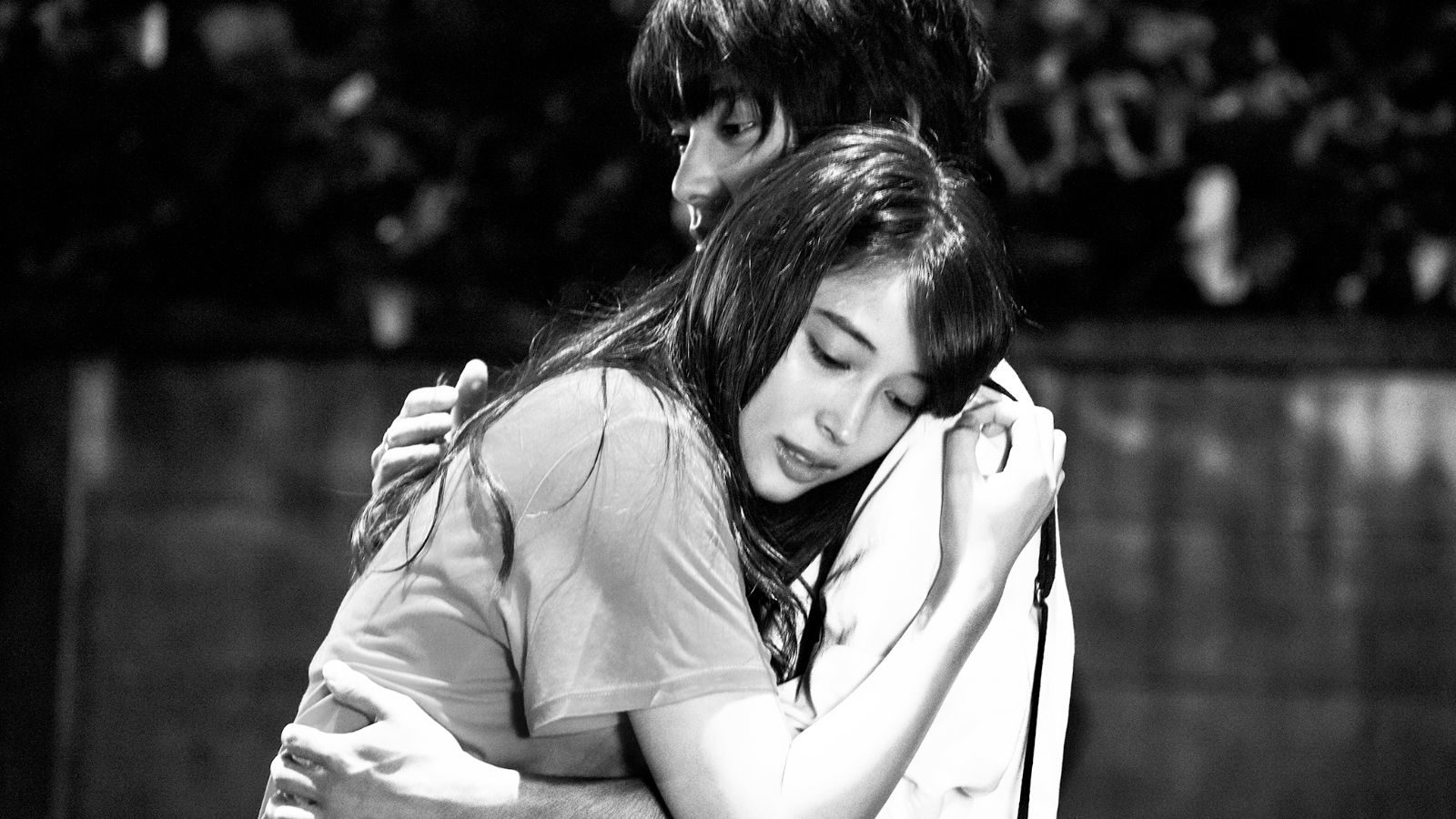 Later, he gets to know about the murder linked to this gun. This leads him to a detective who is assigned to the case. The resulting shift in his behavioral pattern leaves him just as disoriented with power as any kid from his age. He tries to control his temptations while being aware of the consequences. The whole film encompasses his desires with respect to the choices he makes.

The low-key approach of production is seen throughout the film whether it’s the sound design or camerawork. The cinematography even feels to be done for student-film project, which works more often for the better of the film. It gives the film, an experimental, other-worldly feel, which helps the narrative to establish a larger figure of its character (a hero) just like the original dark novel intends to. The use of monochrome and its eventual shift, although not particularly inventive; is definitely purposeful. As a result, stylistically, the film is largely satisfying with the lingering shots and the monochromatic yet atmospheric frames.

Despite that, it feels a little unconvincing with more attention given to the milieu than a purpose behind the numerous frames. They feel vapid in accordance with the substance, even when they’re far more emotionally gripping. Moreover, there are expository scenes, like the ones with the cop that feel rather unnecessary. They hardly serve any purpose other than repeating the information. The performances especially by Shoplifters-fame Lily Franky as the detective aside from Nijiro Murakami in the lead role, enhance the overall impact. However, the script does feel repetitive after a certain point.

The film does bring about a few strong points related to themes of violence obsession and repentance. But till the end, it just never seems to reach its complete potential. While giving more preference to its style over substance, it leaves one wanting more. As a result, it misses a chance to be largely intriguing character-study because of submitting completely to its neo-noir aesthetics than the character itself. Thus, the nihilistic views that the film tries to present fall short with a merely strong presentation.

If You Are Happy [2019]: 'NYAFF' Review - An Intriguing Existential Thriller Rooted in Reality