The wealth of resources happened to be the curse for Guatemala, the small Central American nation that endured a 36-year bloody civil war – between 1960 and 1996. As with most of the preempted conflicts in Latin American countries, the CIA played a pivotal role, training army killers to massacre millions of people in order to protect the interests of Washington and major multinational firms. The most horrific phase of the Guatemalan Civil War is known as the Silent Holocaust (1981-1983). During this period the killings escalated to a genocidal scale, specifically targeting thousands of Mayan indigenous population (approx. 33,000 were killed). The military dictatorship and its paramilitary units completely slaughtered the people of over 600 villages. Paul Taylor’s procedural documentary The Art of Political Murder (2020) is set in the aftermath of the Guatemalan Civil War as the oppressed populace was looking for a way to bring the cold historical facts and human rights issues to light. A little beforehand knowledge of Guatemala’s recent history, however, is necessary to comprehend the vast implications of a political murder that followed.

Bishop Juan Gerardi, the preeminent Guatemalan human rights activist, valiantly took up the duty of truth-telling and spearheaded REMHI – Recovery of Historical Memory Project. This project meticulously collected evidence of human rights violations. It emphatically reported that more than 90 percent of the abuses and killings are the work of military regimes. On a broader note, it can be said that the goal of REMHI was remembrance and reconciliation in order to heal the victims as well as to restore the social order. On April 24, 1998, Bishop Juan Gerardi presided over the public presentation of the findings of REMHI. Two days later, the Bishop was battered to death in his garage.

Related to The Art of Political Murder:  The Dissident [2020] Review – The Pensive and Fury-Inducing Story of a Slain Journalist

Murdering prominent religious figures was not of course new in Latin America. The killing of Archbishop Oscar Romero and the sexual assault murder of four American churchwomen in El Salvador (in 1980) was one of the most publicized assassination cases. In fact, the hundreds of missionaries who stood with the poor in conflict-ridden Latin American nations were killed with impunity, while Washington and the CIA had full knowledge of the facts. Juan Gerardi’s brutal murder was different since it had the power to create a cascading effort at a time when victimized ordinary Guatemalans gradually began to trust the truth and reconciliation efforts of the Catholic Church. Gerardi’s murder sent a message that nothing has changed; that the ‘powerful’ can still act with moral abandon and impunity. 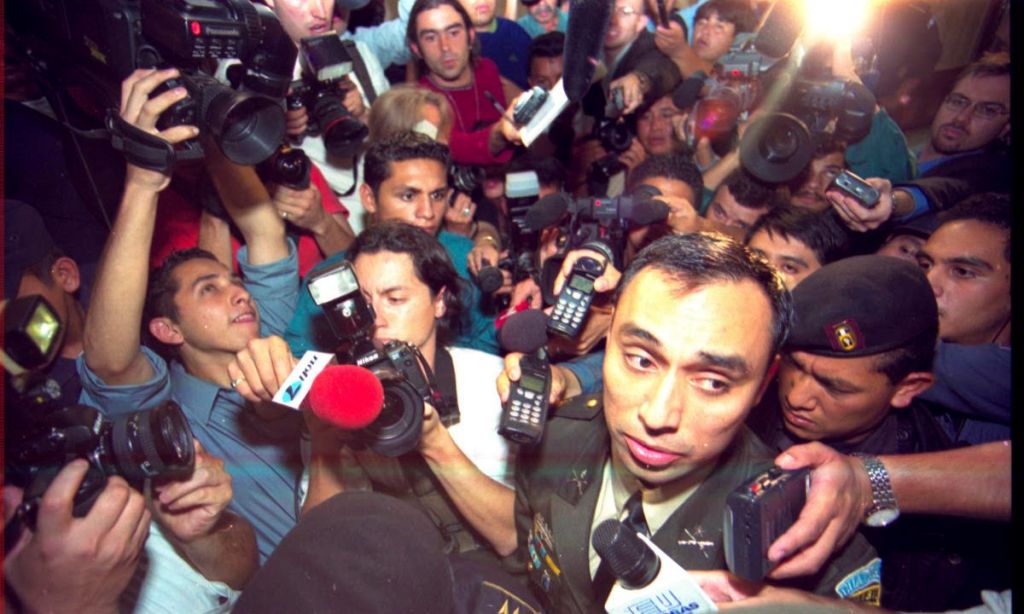 Taylor’s The Art of Political Murder chronologically narrates the developments in the 1998 murder case of Gerardi, from the initial deliberate mishandling of the case to the collective struggle in bringing the killers to the trial. Based on Francisco Goldman’s investigative non-fiction of the same name, the documentary reminds us of Costa Gavras’ bewitching political thriller Z (1969), as a group of unexpectedly obstinate Guatemalans comes together in the pursuit of truth.

Director Paul Taylor’s procedural approach can be a little dry. But it isn’t structurally rote or contrived as many of the true-crime documentaries. Although Art of Political Murder relies a bit on re-creations, the strange yet crucial developments in the case itself bring a suspenseful tone to the narrative. However, since the focus is more on the murder and its aftermath, Taylor has only explored few aspects of Juan Gerardi’s life. In fact, Goldman’s book gives a much clear picture of the Bishop’s rise as the ‘voice of the voiceless.

Juan Gerardi’s political murder might be a 20 plus year-old case. Yet there’s a relevance to it since we can understand how hard it is to fight for justice within the so-called democratic institutions, brimming with violence and corruption.  The extraordinary efforts of a number of people to convict the army men, killers, in a country known for military-ordered massacres is really commendable. At the same time, Taylor emphasizes that while the killing of Juan Gerardi is acknowledged as political murder, the identity of the higher-ups who gave the order remains hidden.

The Art of Political Murder isn’t offering us the delight of having solved the crime, but to remind us how despite the doggedness of hard-working individuals, the powerful have still managed to getaway. In that manner, the work is equally inspiring and demoralizing. Again, Goldman’s book perfectly accentuated the deeper political reason behind the murder and showcases how difficult it is to make truth officially acknowledged. The documentary rather highlights the crime and the subsequent ‘fight for justice’ over the complex political circumstances. Nevertheless, the filmmaker has brought an array of interviewees – very important to the case – to provide their emotionally charged first-hand experiences.

In an era when the art of political murder is being perfected across the globe, the eventual outcome in the murder trial of Juan Gerardi gives us some hope. Speaking truth to power is as always the most dangerous act, especially nowadays where political institutions and mass media encourage falsity and hatred.

[Photo Gallery] 15 Films That Won The Most Oscar Awards