Political murders are common. It serves a purpose, however sinister the MO is. Such assassinations can halt the movements of an alleged enemy of a state, create a deterrent effect, or forcefully bring a warring nation to the negotiating table. But only a few stay in our mind, either because of its geopolitical repercussions or due to the moral outrage it ignites. The political assassination of Washington Post journalist Jamal Khashoggi garnered international attention in recent times. The killing of Kim Jong-nam, the older half-brother of North Korean dictator Kim Jong-Un, similarly evoked international outrage. But since intrigue and bewilderment are the words we often associate with North Korea, I didn’t pay much attention. Ryan White’s riveting documentary Assassins [2020], however, brings to light the shockingly outlandish aspects behind the assassination of Kim Jong-nam. It reminded me of the oft-repeated saying attributed to Athenian statesman, Pericles: “Just because you do not take an interest in politics doesn’t mean politics won’t take an interest in you.”

On February 13, 2017, Kim Jong-nam was killed at the Kuala Lumpur International airport by the deadly VX nerve agent. In less than an hour after being exposed to the chemical poison he died. Kim Jong-nam was the exiled eldest son of Kim Jong-il, the former Supreme Leader of North Korea. From 2004, he was living in Macau, an autonomous territory of China. Until 2001, it was believed that Kim Jong-nam will succeed his father Kim Jong-il. But that year, Kim Jong-nam was arrested in Japan for using a fake Dominican passport to visit the Tokyo Disneyland. It was considered an embarrassment for the country. But since nothing is clear about what goes inside the institutionalized family dictatorship, there might be bunch of reasons behind Kim Jong-nam’s exile. 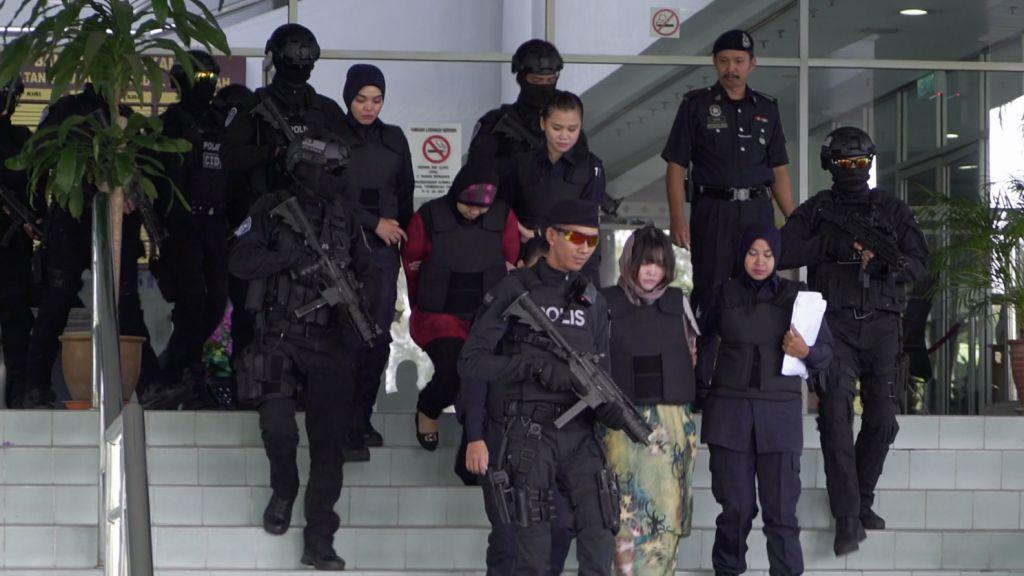 In 2011, after Kim Jong-il’s death, the then 25-year old Kim Jong-un took charge of the secretive nation-state. The short and plump Supreme Leader soon became a meme material. But then Kim Jong-Un started flexing his authoritarian muscle and the geopolitical leaders started paying attention. They understood that there’s nothing funny about a country that engages in cyber warfare and developing tactical nukes. For that matter, North Korea’s alleged role in the murder of Kim Jong-nam is more political than personal. Nevertheless, Assassins only partly deals with the geopolitical angle of Kim Jong-nam’s murder. Ryan White rather deftly explores the bizarre story of the two women charged with the murder and facing capital punishment.

Related to Assassins – Enemies of the State [2020]: ‘TIFF’ Review – Bizarre hacktivist documentary unravels that everything is political

Apart from the ominous-sounding prologue, Assassins unfolds in a straightforward manner, allowing the ‘stranger-than-fiction subject matter to speak for itself. The two women apprehended for Kim Jong-nam’s murder were hardly the paid-killer type we see in espionage thrillers. One of the duo was wearing a t-shirt printed with ‘LOL’. Immediately after the Indonesian citizen Siti Asiyah and Vietnamese citizen Doan Thi Huong were arrested – probably an easy task since they were all over the CCTV footage at the airport – the police and media started speaking of the cold-blooded and diabolical nature of these young women. The investigation also gradually uncovered the involvement of North Koreans, including the secretary at the North Korean embassy in Malaysia. This led to a breakdown in relations between the two countries (it is explained in the documentary that Malaysia is one of the few countries to maintain diplomatic relations with North Korea).

The subsequent events forced the Malaysian government to release the four North Korean suspects it had in its custody. Moreover, the members of the North Korean high-command possibly involved in the assassination could never be pursued. However, the murder trial of Siti and Doan began in October 2017 while those who masterminded it have easily gotten away. The two women plead not guilty because they actually believed that they were taking part in a YouTube prank show. Yeah, it might sound as ludicrous as the ‘twinkie defense’ of Dan White in the murder case of Harvey Milk and George Moscone. But this really happens to be the truth. Siti and Doan were separately recruited by a group of North Koreans and were taken around public places for months to make prank videos; all for unwittingly preparing them to smear VX nerve agent on Kim Jong-nam’s eyes in February 2017. 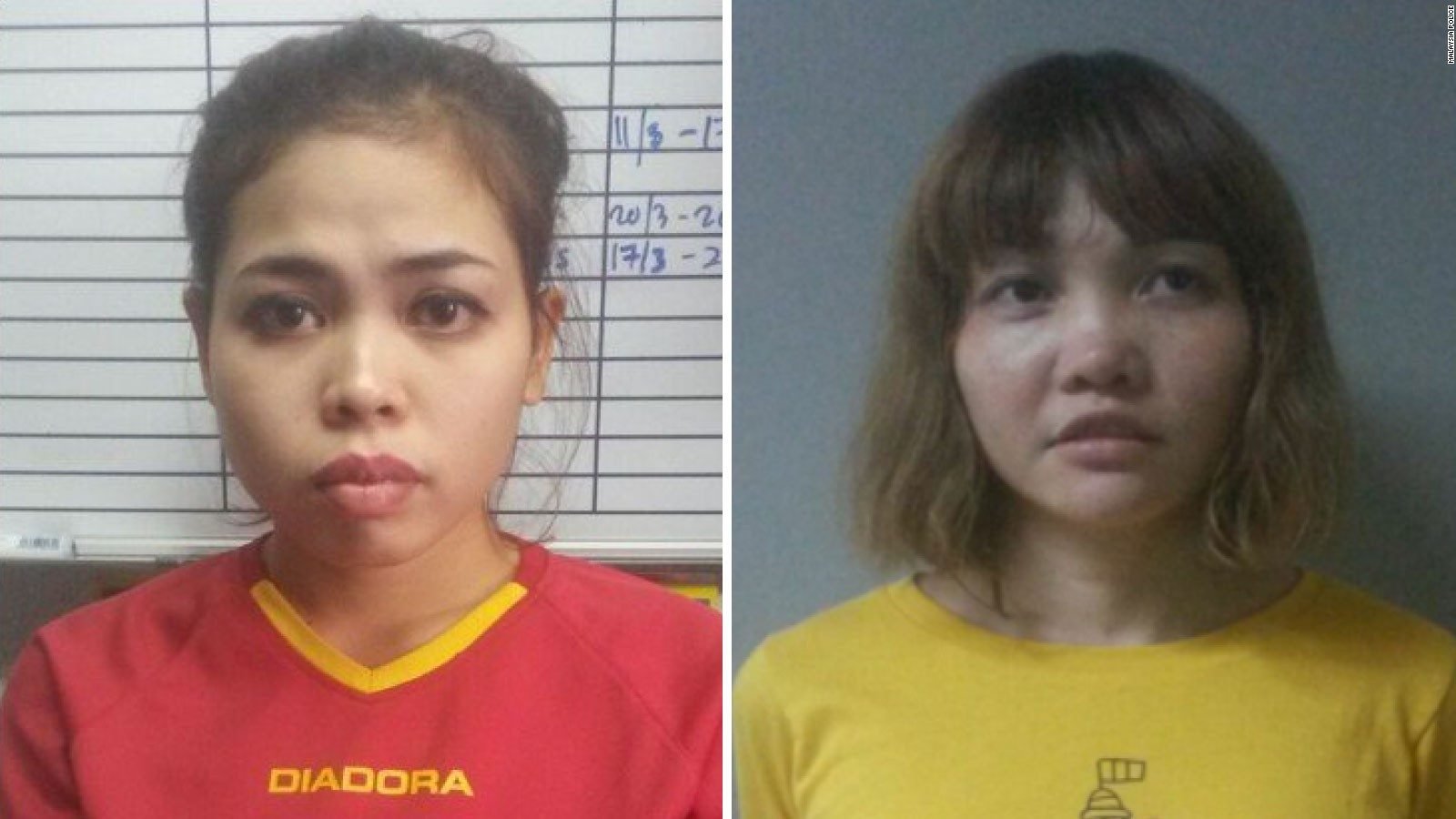 The good thing about Assassins is that Mr. White documents the bizarre events as they unfolded rather than putting a suspenseful spin or sensationalizing the narrative. Ryan White has previously made acclaimed documentaries such as the riveting Netflix true-crime series The Keepers (2017) and Ask Dr. Ruth (2019), an insightful feature on the German-American sex therapist and Holocaust survivor Dr. Ruth Westheimer. In Assassins, he perfectly integrates the wealth of information that balances between the large-scale geopolitical repercussions after Kim Jong-nam’s death and the sad, intimate lives of the incarcerated Siti and Doan. White also doesn’t clutter his narrative with talking heads. He forms an alliance with an independent local journalist and enlists the Beijing Bureau Chief of Washington Post.

The other chief sources are the defense teams of Siti and Doan. White firmly believes in the two women’s innocence – which is why he had access to their defense’ audio recordings – and doesn’t bother taking an unbiased perspective. It is also nearly impossible to talk with the other side since there are no believable North Korean sources to talk to and the Malaysian government doesn’t invite closer scrutiny. Perhaps, one can complain that Siti and Doan never come across as real people, i.e., we mostly see them ‘performing’ in front of the screen. But then we don’t have to ‘like’ them in order to empathize with their predicament. Moreover, White establishes the social realities of Siti and Doan very well that we can look beneath their happy-go-lucky persona. In terms of the murder trial, Siti and Doan may have had their happy ending. However, Assassins acknowledges the challenges waiting for them as they return to normal lives. And by the end, we are left to comprehend the scary implications of this bizarre murder plot.

Similar to Bryan Fogel’s  The Dissident (2020) – the documentary on Jamal Khashoggi’s assassination – Assassins was also unable to secure major distribution for its release.  Major media companies and streaming platforms have started to dread Kim’s regime, particularly after the Sony hack. “We took massive precautions while making this film. In fact, the same FBI agents that handled the Sony hack advised us on the film. A lot of times, I felt like I was living in an espionage film”, says Ryan White in an interview. When an assassination is staged as a prank show, any crazy thing can happen. Maybe, Kim’s regime produced this spectacle to deliberately gain such attention. If that’s the case, we should be thankful that Netflix didn’t get its hand on the subject, contriving it and put it on its true-crime assembly line.