Bryan Fogel, the Oscar-winning documentarian of Icarus (2017), once again tackles a disquieting subject which many would have admonished him to take on. For those who follow the news, the shocking murder of Washington Post journalist Jamal Khashoggi inside the Saudi embassy in Istanbul (on Oct. 2, 2018), and the subsequent cover-up, might be very familiar. In The Dissident (2020), Mr. Fogel tries to dig beneath this surface story and delves into the darkest recesses of the highly repressive Saudi Arabian regime. While Dissident is strewn with a wealth of detail and chilling interviews, Fogel largely centers his narrative around two people: Hatice, the fiancée of the slain journalist seeking accountability and justice; and Khashoggi’s friend Omar Abdulaziz, an exiled Montreal-based Saudi dissident.

Reading about Jamal Khashoggi, one can clearly understand that he was a moderate. He and his family have had an interesting and complicated history with the Saudi Royal Family. His grandfather was the personal physician to King Abdul Aziz, the founder of Saudi Arabia. Jamal’s uncle was a billionaire weapons broker. For nearly three decades, Jamal worked and rose through the ranks of prominent Saudi Arabian newspapers and had close ties with the ruling royal elite. Jamal Khashoggi, of course, ran into minor troubles (or got fired), whenever he expressed opinions that weren’t within the monarch’s spectrum of acceptable opinions. Overall, until 2015 Jamal was largely an insider, working within the system to realize his goals of democratic reform. 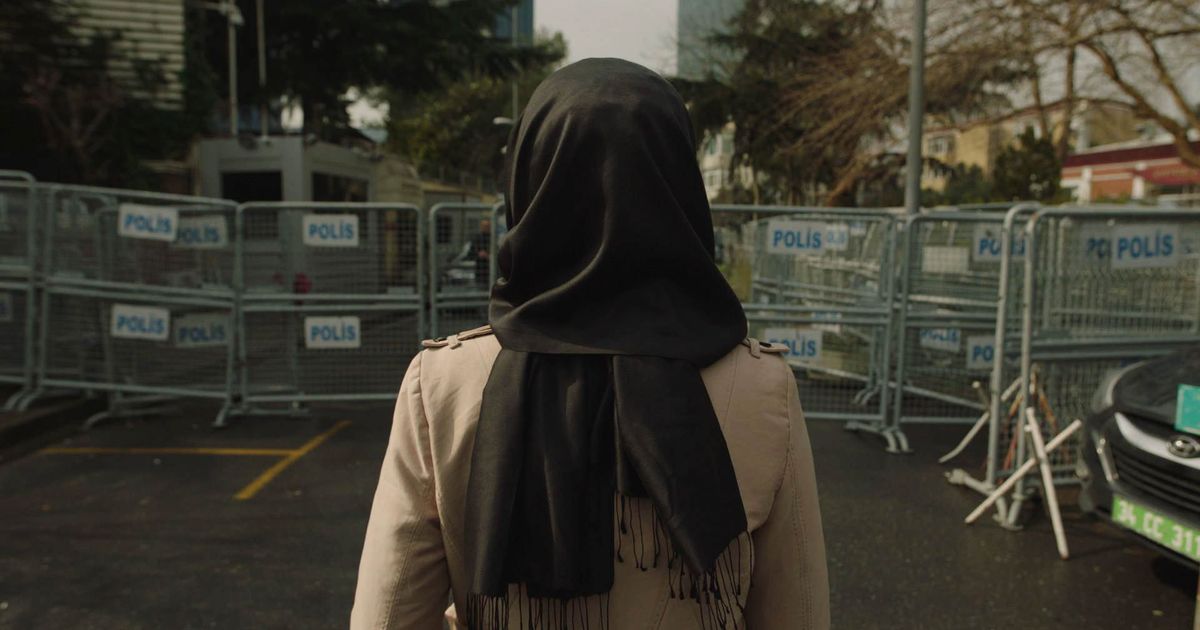 In 2015, Salman bin Abdulaziz Al Saud assumed the throne of the kingdom, and he appointed his favorite son Mohammed bin Salman – nicknamed MBS- as the Defense minister. The ambitious and power-hungry MBS naturally forged close ties with the Trump administration. While MBS promised more freedom, from the cultural and religious impositions, the ruling elite continued to curb freedom of speech – what Khashoggi called the ‘bare minimum’.  Just as MBS was using reforms as a ruse to centralize power in his own hands, Jamal became more vociferous in his criticisms. He repeatedly criticized Trump, and by November 2016 he was banned from writing columns in newspapers or appearing on TV.

Related to The Dissident: Who Killed Malcolm X? [2020] Netflix Review – A Look Into the Life, Assassination, and Enduring Legacy of the Afro-American Activist

The Saudi regime’s crackdown on intellectuals, writers, and activists only got worse in the year 2017. Consequently, Jamal Khashoggi painfully chose self-exile, leaving behind his wife and two sons and moved to the United States. In the US, Jamal became the outspoken critic of the Saudi regime, especially condemning his country’s atrocious intervention in the Yemen crisis. Though we know monarchs are the ugliest thing in the modern world, the only narrative often peddled in the mainstream media is how Saudi Arabia is the beacon of economic progress. With the support of big brothers like the US and Israel, Saudi Arabia has taken great efforts to maintain that global narrative. When a journalist and that too an insider boldly ambushed this narrative, the monarch retaliated in the only way it knows.

Bryan Fogel’s documentary tracks down how Jamal Khashoggi, a mainstream journalist, eventually chose to become a dissident.  Since this ‘how’ part is closely related to why he was murdered, Fogel takes ample time piecing the story together. For those familiar with these details, this comes across as a re-telling or a nice summarization. How Jamal Khashoggi was brutally killed is again a story that’s very well focused in the media, probably more than the reasons behind his murder. Yet to hear how it really unfolded inside the Saudi consulate in Istanbul from the murder recording transcripts adds a chilling effect. The interviews of Turkish government officials and UN human rights investigators also prove beyond doubt the appalling involvement of state officials in the assassination of a journalist.

At one point in the documentary, Hatice says: “It never crossed my mind that they could kill someone in a consulate.” When I first heard about Jamal’s murder I also thought along the lines, and even wondered what a stupid thing to do. There was the weirdly planned assassination of King Jong-nam, the half-brother of current North Korean leader Kim Jong-un, in Malaysia, and Russian opposition leader Alexei Navalny’s poisoning in Germany. But the details of Jamal’s political murder are hard to digest. Moreover, the fact that the people who committed this despicable act would never be held accountable tells a lot about the world we are living in. And this is what The Dissident ultimately emphasizes: the nexus of authoritarian power, technology, and big business gradually eroding our freedom of opinion. 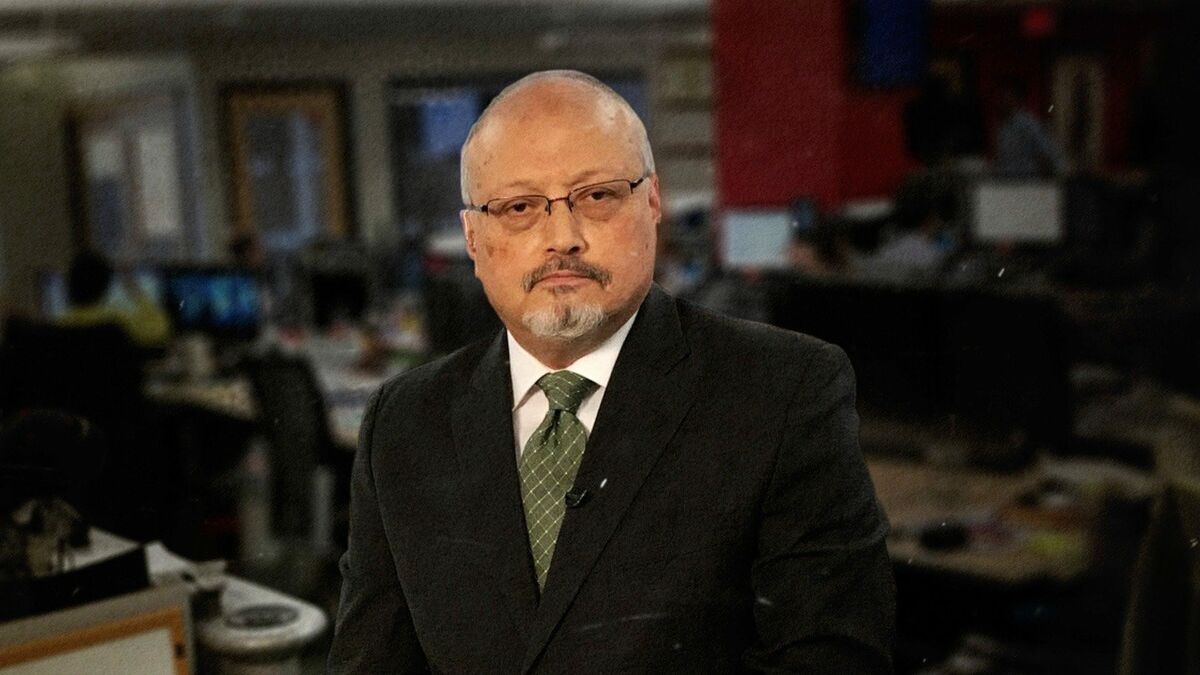 On that account, the struggle of Omar Abdulaziz becomes as vital as the lessons we learn from Jamal’s killing. The story of authoritarian trolls and propaganda farms is although repeatedly exposed and written about, continues to have a deeper impact on public opinion. Fogel touches on the real-world consequences of such propaganda campaigns through Omar’s story.  Omar Abdulaziz applied for political asylum in Canada in 2014. He recounts how MBS’s emissaries contacted him to return to Saudi Arabia. When he rejected their offer, Omar’s brothers and dozens of friends were incarcerated without any charges. But the Crown Prince didn’t stop at that. His twitter army started monitoring phones, including Omar’s, through the infamous Israeli spyware known as Pegasus. Omar also drops the bomb that the final decision to kill Jamal may have been the result of an elaborate snooping activity.

Also Read: The Edge of Democracy Netflix [2019] Review – A Captivating and Sobering Account of Breakdown of Democracy

In fact, all the real-world elements make The Dissident much more than an investigative documentary. We can say that Icarus was tighter and well-made than Dissident. Yet it is kind of trouble-free to document Russia’s Olympic doping scandal and win worldwide acclaim (including the Oscars). The fact that all the major streaming platforms declined to release the documentary – despite receiving a standing ovation at its Sundance Film Festival premiere –  perfectly proves the argument made in it. This is of course not new. When Netflix removed an episode of Hasan Minhaj’s Patriot Act (after Saudi Arabian government’s complaint) its CEO openly declared, “We’re not a truth to the power company. We’re an entertainment company.” Perhaps, justice and truth are important romantic notions to endorse only when it doesn’t affect the motives of big business.

Therefore, though looking from a critical perspective The Dissident is not a great documentary, it is nevertheless an important one that needs to be remembered and its call to action broadcasted widely. History is full of insecure despots killing dissidents. But let’s hope that the progressive ideas live on.