Naomi Kawase’s films always revolve in familiar territory; with characters and relationships reeling under the grips of a society that seldom chooses to look back. Kawase infuses the daily, mundane chores with lustrous visual imagery- and True Mothers is no exception, with flowers and the sea pouring in the gaps of her multi-perspective exploration of motherhood, signaling the continuity of life. Yet, it is her weakest effort in years, underwhelming in its melodramatic pace.

Adapted from Mizuki Tsujimura’s 2015 novel Asa Ga Kuru, it streams through multiple timelines with a leisurely pace. The narrative can be divided into three parts: the first revolves around Kiyokazu Kiruhara (Arata Iura) and his wife Satoko (Hiromi Nagasaku). The first half involves their struggles with the failure to have children- without building much character detail, even though the introduction is fast-forwarded to them with Asako at school. This choice of variable editing does not lead to a satisfactory result- as the first half drags on. Even the ultimate realization of adoption- one that sprouts with the advertisement of Baby Baton (an adoption agency that will look large in the latter part of the movie) on Television, feels forced rather than a possibility.

It is from Baby Baton where the drama takes shape- as the Kiruharas adopt a baby boy from the grief-stricken Hikari (Aju Mikata). Kawase dramatically intercuts this with a quietly unsettling scene of Hikari calling them on the phone and demanding the baby boy back. But we do not know if this is Hikaru- her face is hidden behind a curtain of hair, and her entire resemblance a far cry from the girl Kawase had given a glimpse of, in her introductory scene. So who is this woman, five years later? Is this Hikari or someone else positioning as her? If so, what has happened to Hikari? The rest of the film tends towards answering this question, in the second and final halves, and even though Kawase intends to build a certain mystery through her multiple timelines and cuts, it results into a half-baked realization of motherhood, that resultantly takes us away from either of the characters she so invests in. 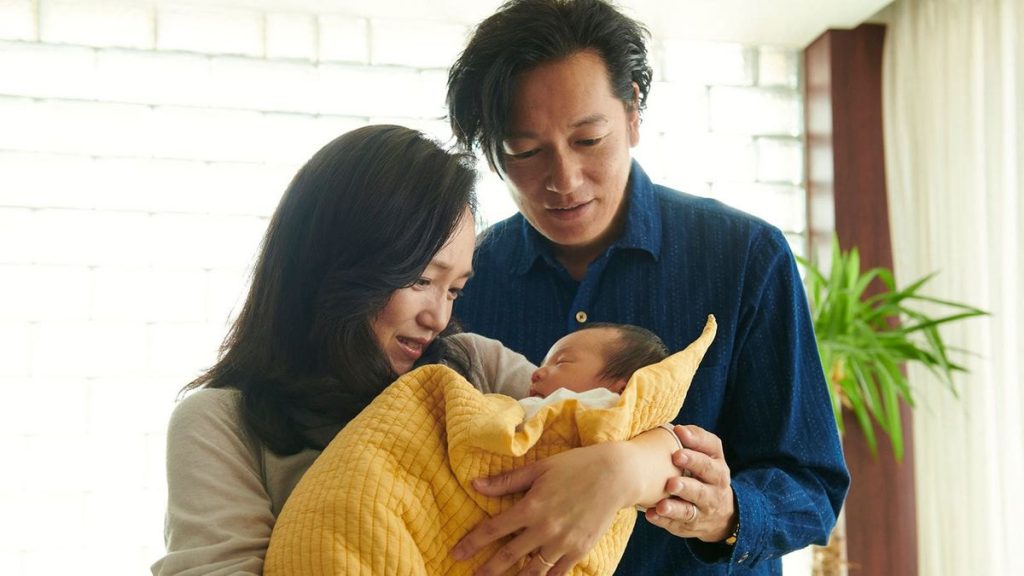 Most of the second half of True Mothers is invested to Hikari, and it is here where Kawase brings in an ethereal sense of urgency. Primarily in the initial scenes when she falls in love with a school friend Takumi (Taketo Tanaka), the scenes are gorgeously shot, sunkissed, and teaming with the sweetness of teenage romance. This brief period of bloom is cut short as Hikaru becomes pregnant and her parents hide her away from school with the excuse of pneumonia, and send her to Baby Baton, run by the saintly Mrs. Asami (Miyoko Asada). Mikata, in particular, is a revelation as Hikari- her face registering every single nuance, even when her character is given such sparse dialogues to express her emotions in words.

Perhaps the weakest link comes down to the proceedings that occur to Hikaru after the Baby Baton episode is over, as Kawase struggles to tie in the leftover strings of the narrative. An entirely forgettable sequence takes up much of the screentime when the character of Tomoka is introduced, a former sex-worker, with whom Hikari, now working far away from home in Tokyo as a paper route, develops an unlikely friendship. This kinship leads the narrative to nowhere at all and could have been sensibly edited out. Even before the climax arrives with all its supposed mystery attached, nothing is left to confirm. By the end, True Mothers becomes predictable and inconsistent with its perception of motherhood.

Given that Kawase is mainly interested in the responses of her characters rather than the devices of the plot, it is baffling as to why she would intentionally eschew so much narrative in the first place. Also, for a film that subtly deals with societal stigma, none of the characters are given space beyond their relationships to fully come to terms with themselves. We never really know much about the Kiruharas or even about Hikari, except what is intended for us to know. But what is surprisingly distant is how no attempt is made to show the strength in childbirth at all, particularly from Hikari’s perspective; we only see her round belly once and that is all, so the entire plot of returning to see her child, feels somewhat redundant. The desperation in Hikari is but orderly and unexplored in its concern. This results to a denouement that is underwhelming given its promise.

In the end, True Mothers remains a challenge to behold, not in the best possible sense of the term. It is a potent, sensitive ode to motherhood, and Kawase’s direction comes with a lot of care and attention to visual detail but fails within the diametric of its own narrative.