He sits on the dinner table. Shoulders drooped with burden of a lifetime over them, eyes heavy with the past swelling inside them and a face bearing tragedies of unforgettable losses. Raising his tortured soul high on an altar, he becomes one with self-resentment. He cries guilt, stutters apologies and smiles remorse. And when he whispers, “I can’t beat it”, and looks regrettably towards the floor, he destroys what eventual self-pride resides in him.

Manchester by the Sea is a testament to the power of regrets and how guilt can alter the very way you breathe. It tells the story of a man plagued by constant sorrow. The tragedy looms in every frame, watching over the protagonist, Lee Chandler. It is present in those violent moments when he smashes his hand on the windowpane and even in the quietest moments when Lee gulps down his beer. He then tries to redeem himself by unwillingly taking responsibility of his nephew, even so, against the wishes of both of them. 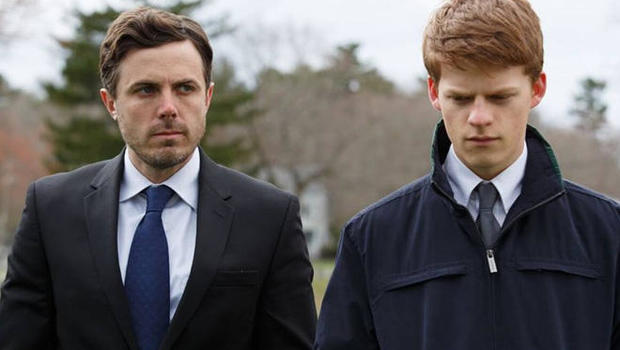 It is Casey Affleck who has swept the stars from the sky with such a hypnotically understated performance. No longer being a mere shadow, he leaps out of the shell and delivers a subdued performance. In all his means, Kenneth Lonergan has miraculously directed a painful drama without being emotionally manipulative. The marks are real, feelings hit the guts hard and pains are immensely human. Raw, unadulterated and a difficult watch at times, the superbly melancholic background score coupled with superlative performances from the entire cast, heightens the spectacle.

Manchester by the Sea goes onto epic lengths to redeem its central character, but the heartbreaking truth of the matter is so disturbingly powerful, that every attempt to look at the sun only blinds the eyes. In a beautifully restrained manner, the story takes your heart out, rips it apart and quietly walks away. While delivering an astonishingly immersive experience, this will go down as probably one of the most human attempts to capture grief and guilt. Thank you, Manchester by the Sea, you scarred me.