Ken Loach’s Palme d’Or award-winning historical drama, The Wind that Shakes the Barley (2006) is set against Ireland’s battle against the British Empire in the early 1920s and the tumultuous birth of the Irish Free State, which subsequently led to divided loyalties and bloody civil war (1922-1923). After the film’s release, Mr. Loach overtly connected and drew parallels with the US occupation of Iraq. Naturally, the British right-wing press lambasted the film-maker, directing a flurry of accusations and likening the film to the ‘work of Nazi propagandists’. Nevertheless, Loach and his regular screenwriter Paul Laverty, despite a touch of didacticism, offers vividly humanist historiography of Ireland’s struggle for freedom, which in the later decades only led to much bloodier sectarian conflicts, dubbed as ‘The Troubles’.

In the aftermath of Easter Rising in April 1916, the Irish republican political party declared itself as the Parliament of Ireland (Dail Eireann). The Irish Republican Army (IRA), its military wing escalated the armed insurrection to achieve Irish independence. After the end of World War I campaign, Britain fiercely reacted by sending the ‘Black and Tans’, a special reserve of the Royal Irish Constabulary aka paramilitary thugs. When Britain understood that the guerilla warfare isn’t that easy to suppress, they came up with the shrewd Anglo-Irish Peace Treaty (in 1921). 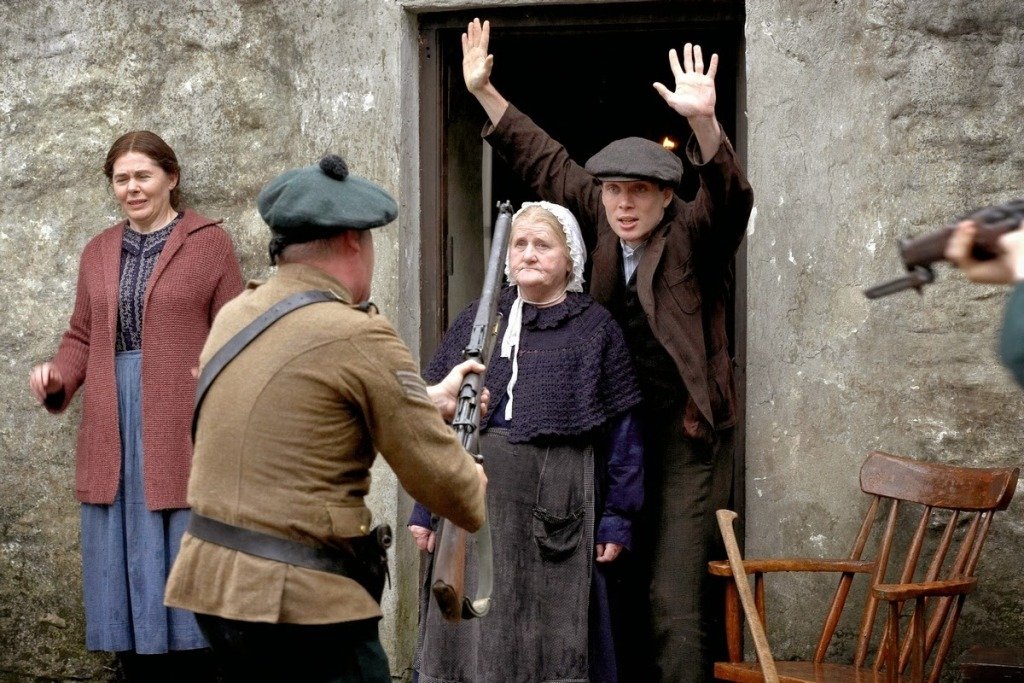 The treaty not only partitioned Ireland but also sought out Irish Provisional Government’s allegiance to the British Crown. Thus the nationalist forces of Ireland were disunited. The famous Irish revolutionary and politician Michael Collins supported the treaty, calling it ‘the freedom to achieve freedom’. Supporters of the Irish Free State consider it a chance to gain some power (the best and the only pragmatic offer available) to work for the welfare of the Irish public, whereas the resistance forces – dubbed as ‘anti-treaty forces’ – wanted to continue the fight until achieving total freedom from the English.

Related to The Wind that Shakes the Barley – Hunger [2009]: A compelling, haunting, and devastating first feature!

Ken Loach tells this sad chapter in the history of Ireland through the tale of two brothers from rural west Ireland, who embodies Ireland’s collective thirst for freedom as well as the larger ideological conflicts within the Irish populace. Cillian Murphy plays Damien O’Donovan. He is studying to become a doctor and will pursue his medical training in London. But after closely observing the brutal tactics of ‘Black and Tans’ to repress the Irish people, Damien decides to join the ranks of IRA and take up arms. His brother Teddy O’Donovan (Padraic Delaney) is already an active member of the IRA and is delighted to have enlisted Damien for the cause. Teddy takes up Damien and other young countrymen to the picturesque mountains for training.

The group steals weapons from the police armory and organizes attacks. In an ambush at a pub, Teddy’s men kill a group of British troops. It sets off a chain of betrayals, persecutions, murders, and other traumatic events. Eventually, after many losses and killings, the brothers receive news of a truce. After the declaration of the Irish Free State, Teddy and Damien find themselves on different sides of the conflict. Damien, the soft-spoken of the two, becomes more involved in the guerilla warfare and argues for a true workers’ republic. He and his pals see it as a ruse to retain dominion by offering false peace. Teddy having taken up the role of politician embraces the treaty as some sort of victory. Both Damien and Teddy are devastated, knowing very well where their differences would lead. Yet they stick to their beliefs and wage a battle in which no one can really win. 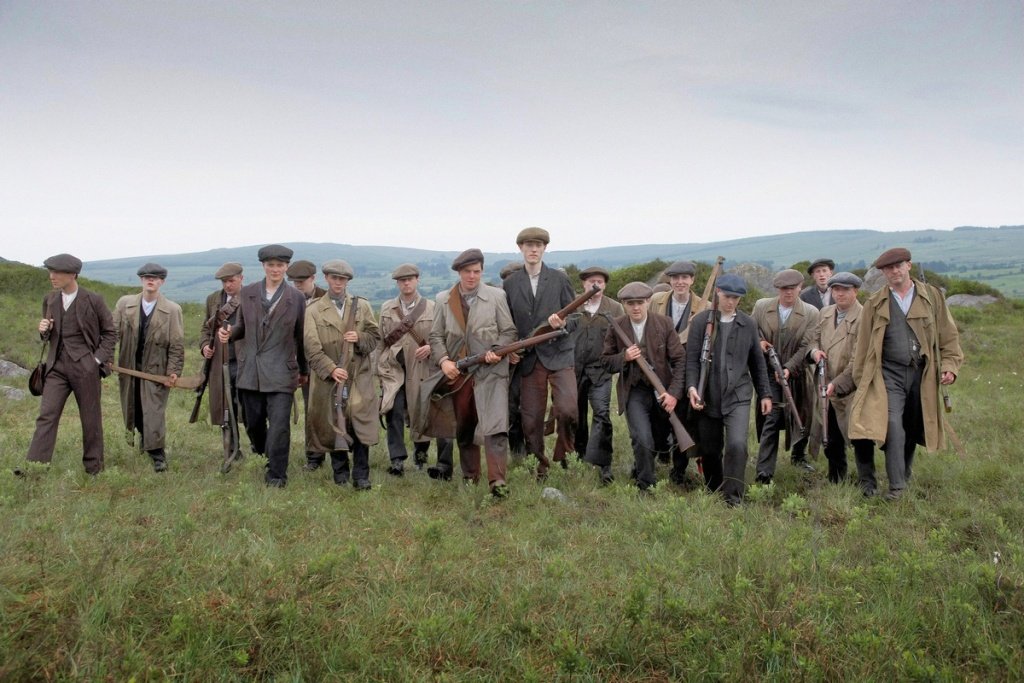 Ken Loach and Paul Laverty keep things relatively low-key, considering the sentimental notes one could whip up from such a narrative. Loach maintains distance from his chief characters in the earlier part, mostly highlighting the brutality of British occupation (the episode when the young Irish lads are rounded-up after a harmless hurling match is devastating to watch). It even takes some time for the viewers to learn the information that Damien and Teddy are brothers. Both their transitions from being to pragmatist to idealist and vice-versa are conceived in a believable manner. It’s obvious the brothers are treated more like ciphers, encapsulating the unity (during the occupation) and divisions of the civil war.

Yet Murphy and Delaney bring a depth and complexity to their performances which make the film more than a document of the Irish modern history. Teddy is slightly made out to be the villain among the two because we clearly know where Loach & Laverty’s sympathies lie, even though the ideological descendants of Damien – ‘Provos’ – were responsible for the distressing bombing campaigns targeting civilians (between the 1970s and 1990s). Nevertheless, Teddy isn’t depicted as the power-hungry individual but rather a man convinced about his ideas on victory and loyalty. Liam Cunningham’s Dan is one of the other cipher-like characters, created to raise some important political questions. Still the actor’s remarkable performance further strengthened by his mellifluent diction bestows a bit of emotionality to an otherwise pamphleteering mode.

“Out with the ‘Black and Tans,’ in with the ‘Green and Tans’”, a character remarks later in the narrative as we witness the imperialism enacted in a different manner (particularly when Sinead’s family is harassed by men wearing a uniform of different color). Eventually, Loach clearly shows that people will resist occupation of any kind; that the  deep-seated yearning for freedom will reverberate despite the notoriously inhumane tactics of nation-states. Moreover, he doesn’t offer a narrative filled with grandstanding and revolutionary fervor as director Neil Jordan did with ‘Michael Collins’ (1996).

The Wind that Shakes the Barley (127 minutes) is a deep-textured lament for the devastation caused by occupation and the inevitable violent insurrection. It stands as a testament to Mr. Ken Loach’s staunch social and political commitment through art.

The Wind that Shakes the Barley trailer

The Wind that Shakes the Barley (2006) Links: IMDb, Rotten Tomatoes