Home»Reviews»Films This Week»What Do We See When We Look At The Sky? [2021] Review: An Ill-fated Romance That Tries To Be Dreamy And Induces Sleep
Films This Week/MUBI/Reviews

There’s a misconception that movies have to be about something. It needs to send a message. It needs to reflect the socio-political state of the country or the world. The list goes on. But movies can be about something and they can be about nothing at all. The entirety of Richard Linklater’s filmography is the biggest example of that. Some other names include My Neighbour Totoro (1988), Lost in Translation (2003), Inside Llewyn Davis (2012), Paterson (2016), Columbus (2017), and Once Upon a Time in Hollywood (2019). Now, here’s the caveat. Your movie can be about nothing but it has to evoke an emotion. You can’t just hide your inability to write or direct under the cushion of this sub-genre. On that note, let’s talk about What Do We See When We Look At The Sky? (Ras vkhedavt, rodesac cas vukurebt?).

The movie is written, directed, and edited by Aleksandre Koberidze. It opens with a bunch of school kids going about their day. Then the focus shifts to Lisa (played by Ani Karseladze and Oliko Barbakadze) and Giorgi (played by Giorgi Ambroladze and Giorgi Bochorishvili) who run into each other and have their classic meet-cute. When they go their separate ways, the narrator informs us that they’re in love with each other, something that’s later confirmed when Lisa and Giorgi cross paths again and decide to go on a date. But Lisa is confronted with a prophecy about how she’s cursed to look completely different when she wakes up. This means that Giorgi won’t be able to recognize her and their love story will end prematurely. However, the kicker is that Giorgi undergoes a similar physical transformation, thereby preventing either of them to identify each other.

Related to What Do We See When We Look At the Sky? – About Endlessness [2021] Review: Vignettes, mundane and majestic, make a masterpiece

Here’s everything that’s good about What Do We See When We Look At The Sky? Faraz Fesharaki’s cinematography and the colouring by Isabelle Julien are fantastic. Despite all the minimalism that’s going on, Fesharaki manages to capture the most mundane aspects of this small town in Georgia (the country) in an artful way. The camera doesn’t move a lot. Fesharaki employs a lot of extra-wide and wide shots to capture the canvas on which Lisa and Giorgi’s weird romance is unfolding. The sound design by Giorgi Koberidze is fantastic. Everything that sounds “natural” to you had to be placed there via foley, sound mixing, and sound editing. And that completes this free-flowing feel of the movie. It’s tough to figure out who is an actor and who is not because there’s a chance that Aleksandre utilises the work of actors and non-actors. Either way, the performances are aptly awkward to give you more of that organic, unscripted vibe. 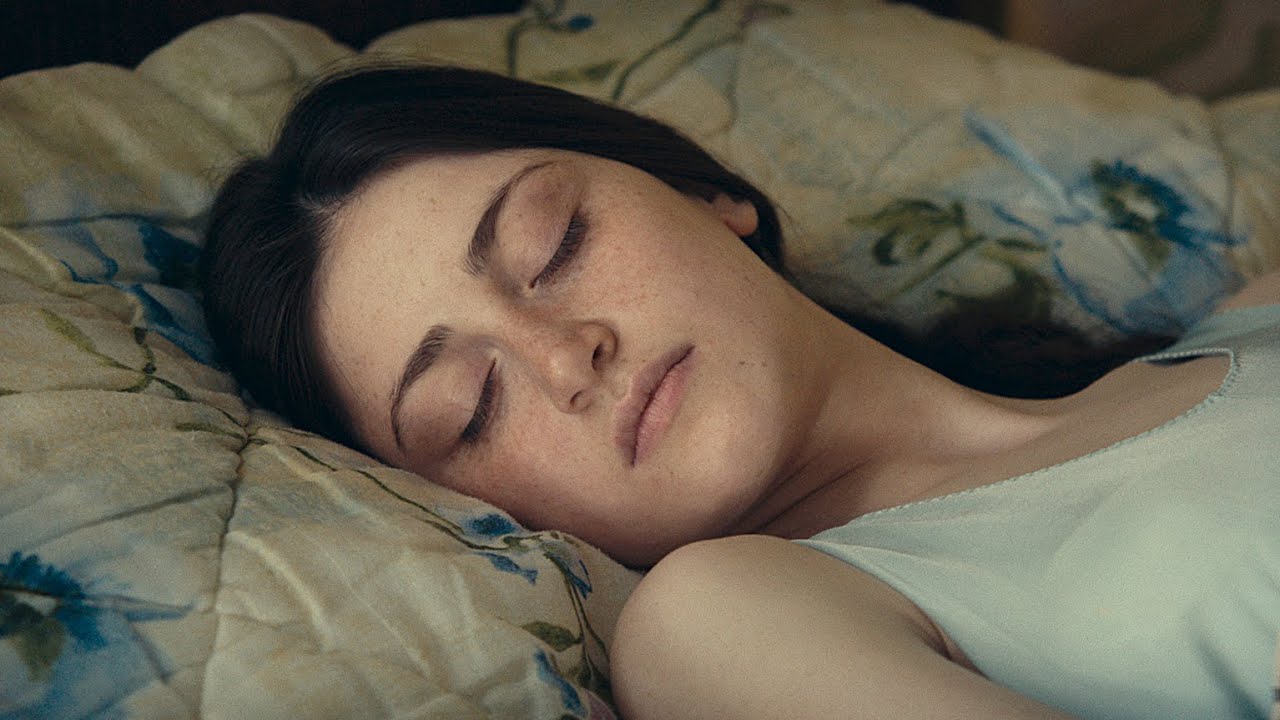 Everything else is below par and then some. The movie definitely doesn’t earn its 150-minute long runtime. That’s largely because Aleksandre doesn’t feel the need to stay with his leads. Which is a bizarre choice. As mentioned before, doing nothing in your movie is fine. But the subjects of your story need to be in that nothingness. If they’re out of the frame for major chunks of the movie and return in uninteresting ways, what’s the point of using this particular storytelling tool? And that’s where things go from being “blah” to irritating. Because at the end, the movie tries to hint at this notion that it was never its intention to make a point. It just wanted to show a random, odd story. That simply doesn’t cut it though. A movie about nothing must engage on some emotional level. It can either allow the viewer to project a thought they can’t express otherwise or allow them to let go of their thoughts for a brief period of time. Aleksandre expertly does neither of those things. Instead, he painfully drags his feet from one scene to another while the narrator nags you about stuff that you’d rather like to see than hear.

It’s difficult to figure out if What Do We See When We Look At The Sky? even qualifies as a movie or not. Because it seems that Aleksandre Koberidze isn’t interested in using the visual aspect of the audio-visual medium to fill in the blanks in the story. He leaves that to the narrator who drones on about things, plot points, and philosophies that, as the narrator himself says, apparently has no bearing on the narrative because the movie doesn’t have a point. So, you see how self-contradictory this film is? It bores you with vapid messages so that you rack your brain to figure out what’s the meaning of what you’re watching instead of simply vibing with it. And during its concluding moments, it basically says “Thank you for all that effort, it was for nothing”. Which is sad. Because there’s a fantastic story about two star-crossed lovers unable to meet each other due to fate staring right at the director’s face that could’ve been realized in the “a movie about nothing” way. You know, by allowing the romantic leads to engage with each other, thereby allowing us to engage with them. Since none of that’s present here, please watch this movie only if you’re interested in taking a virtual tour of some town in Georgia.

What Do We See When We Look At The Sky? is now streaming on MUBI