In a time where the Coronovirus threat has put numerous pandemic movies as the highest watched content on the internet, Netflix’s new original comedy “Maska (2020)” feels like a breath of fresh air. It is light, fun and just the kind of uplifter some of us need right now. However, it is also familiar, one-note and overlong. It is the kind of film that takes it’s culturally appropriate legacy so seriously that it fails to subdue how it uses it’s women characters as a baton to fulfill the central character’s self-actualization journey. In doing so, it manages to occasionally invest you into its manipulative mix but doesn’t leave you with a sense of aftertaste. Something that a ‘bun-maska’ does even when you are done with your tea.

It’s not a new story where a young person’s dream and the conflict are both essential commodities. However, debutant director Neeraj Udhwani takes the right step of plodding this story into the Parsi community. We have all been in love with Parsi characters whenever they have appeared in mainstream Bollywood films. Their shrill, over-the-top attitude makes for some lively screen presence. In “Maska,” Manisha Koirala plays Diana Irani – a headstrong Parsi woman who, in spite of her arthritis, runs her family’s age-old Parsi cafe named ‘Rustom.’ She embodies the spirit of the over-the-top Parsi woman who is constantly pushing her husband’s legacy towards her son Rumi (played by newcomer Prit Kamani). She just wants her son to run the cafe after his studies so that she can rest in peace.

Rumi, on the other hand, has self-imposed dreams of being a Bollywood star. This dream comes out of a simple comment made by a Parsi community aunty when he wins a local competition. He joins acting school and meets the ambitious Mallika Chopra (Nikita Dutta). Together they forge a ‘like-love’ relationship that soon turns into a suggestive ‘live-in’ condition. Naturally, Rumi – who has always lived in the shadow of his extra-caring mother has to take sides. There’s also a suggestively ‘ghost’ entity of his father Rustom (Jaaved Jaffrey) lurking around on every decision he makes in life. We see him debating what should be done about an overbearing father figure who is still somehow trying to forge a way for him. Rumi feels that his identity is in question because he has never rebelled against being the heirloom of the family’s business. 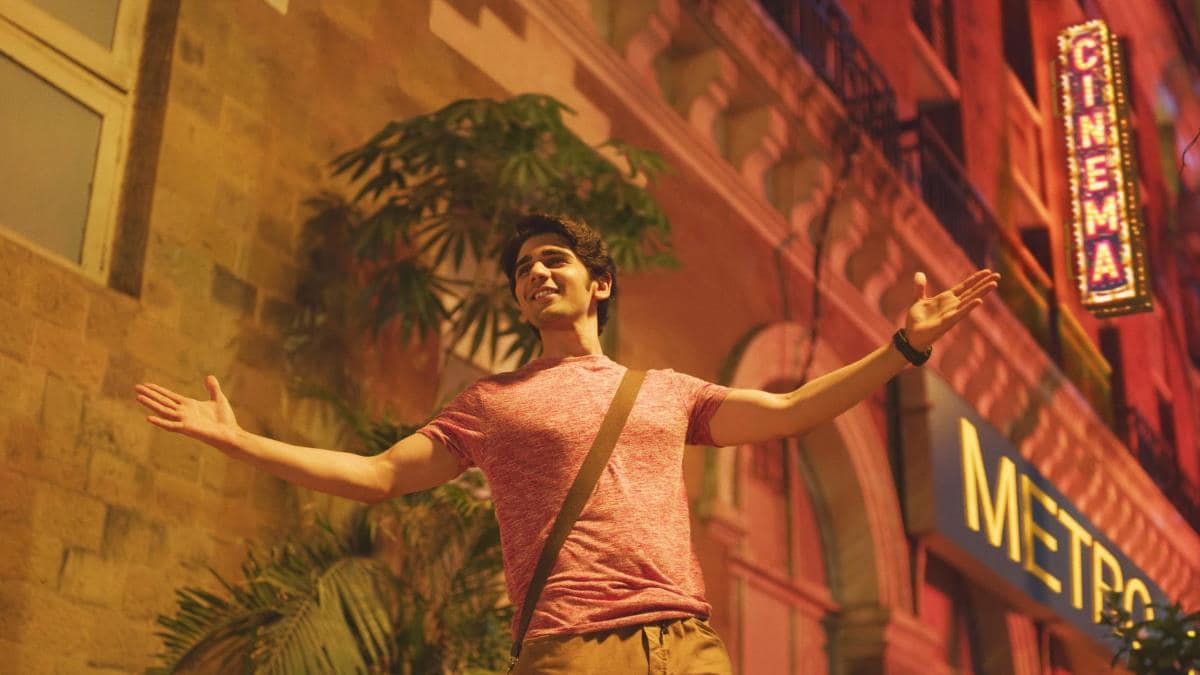 Predictably, Rumi takes the leap of leaving her mother to try the acting gig. There’s a sluggish attempt at showing how he struggles in the business as his auditions don’t seem to get him anywhere. The sense of smugness in him is harshly tickled when his girlfriend lands a role and he ends up blowing out on the casting director who – according to him doesn’t get his method acting. Things take another conflicting turn when he decides to produce a film he can star in after he sells his cafe. The real conflict comes when his self-imposed dream and the one that is passed onto him are both under the microscope.

To add to this out of hand mess, the makers introduce the well-intentioned Persis Mistry (Shirley Setia) to hike the manipulative powers of his narrative. She is a sweet-natured blogger who believes stories are more important than anything else in life. Then again, she is used as a tool to give our central character an awakening. While she sits around with her laptop making a point of why he shouldn’t sell the cafe, Rumi seems to have weird hormonal confusion. Shirley Setia has a sweet, gentle presence and so does Prit Kamani but their arc is poorly overstated. The writing is abhorrent and the dialogues feel like they are straight out of a slapstick stage-play for amateurs.

Manisha Koirala has an over the top role but she mostly does justice to it. However, the writing doesn’t do justice to any of the side characters and the reason why this harmless, feel-good comedy doesn’t always work is a lack of motif. The familiarity of the tale doesn’t set any high standards but in spite of being sweet, the film doesn’t manage to pluck the heartstrings. It all feels too manufactures to sit right with it’s old-world Mumbai charm. Even the nostalgia feels half-baked and the reason why you don’t joyously cheer for Prit Kamani is that his actions are not grounded enough or even silly enough to be cared for. “Maska (2020)” is sweet but there’s definitely a better coming of age tale that is waiting for you in the Netflix queue. Choose that over this one for sure.

Maska is now streaming on Netflix