Guilty (2020) is now streaming on Netflix

Reading this plot will immediately take one back to the Bollywood films Pink and Section 375. ‘Guilty’ borrows the “no means no” from ‘Pink.’ What sets it apart from the aforementioned duo is that it isn’t a courtroom battle.

‘Guilty’ isn’t as powerful as Pink or Section 375.  This film attempts to challenge the societal hegemony concerning rape and the ugly aftermath. This objective is achieved by taking us through the motions of what anyone in such a situation would experience. Themes such as public opinion, privilege, media trial, “Me Too” and internet convictions are explored.’

Public Opinion sees the labels one gets before the verdict is delivered in the court of law and the tags that remain on various parties in the aftermath. “Rapist”, “criminal”, “slut”, “whore” are just some of the words assigned to either the accused or the accuser. ‘Guilty’ shows us how they stay with either party way after the event. This largely indicates the tags on the woman, who gets labeled both before the verdict as well as after. 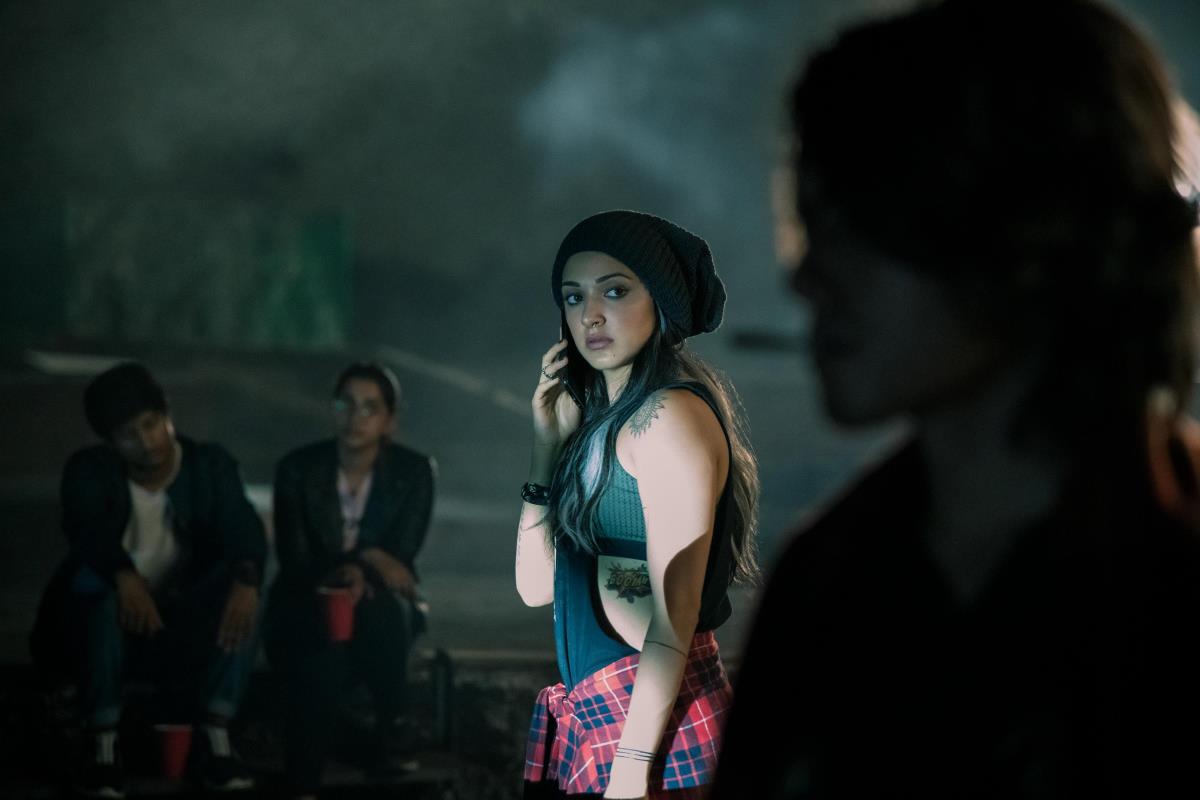 Writers Atika Chohan, Kanika Dhillon, and Ruchi Narain cleverly weave in privilege and the lack of it to show us how both sides mis(use) it.

We get introduced to the group of friends in the form of flashbacks which here will be known as interrogation clips. These are mixed with a few one on one conversations with the lawyer Danish (Taher Shabbir) in the present day. The friends are underused in this film and are all unreliable narrators. Will any friend be a reliable narrator when one of their own faces troubles before the law? It’s kind of obvious.

The film moved into the predictable territory in the latter half. It seems predictable now, but at the time I had lowered my expectations considerably so I was stunned that the writers introduced that angle into the film. For a while, I even entertained the idea that this was all an elaborate plot concocted by that one character. In retrospect, that sudden descent into insanity should have been the first clue. I can’t elaborate more here for a comment of any sort that may ruin the film.

‘Guilty’ is guilty of not providing us with a compact film. It could definitely have been shorter and done without the vandalism scenes. The term “Me Too” has been overused and could alienate certain sections of the audience.

At times I got bored as it didn’t seem like we were going anywhere. It is disjointed, which for certain sections of the audience will make it seem real. I felt that the resolution, in the end, was manufactured. They tried to achieve with ‘Pink’ and ‘Section 375’ did in the court scenes and failed spectacularly in the build-up. This pulled the punches delivered by Kiara Advani in her amazing hard-hitting monologue. There is nothing wrong with her speech, but everything wrong in the buildup.

Just like the Oscar-winning film Parasite, ‘Guilty’ has a title that can be applied to either party. This point is driven home in the final act. ‘Guilty’ is also guilty of once more providing us with very unrelatable college characters. Did you expect anything else in a Dharma film set in a college? In such times, it is the norm for audiences to expect a female character to be clad in attire that is completely unrelatable. And of course, she is the stand out for the costume designers chose to clad the rest of the cast in regular attire. Was this to ensure that the audience notices the lead character. Her bizarre hair color would have sufficed.

That’s the thing with films right? One can’t call it completely wrong as that can be termed as the producers wish to build on characters and events. Now that way the ending doesn’t seem manufactured as everything doesn’t need to be coherent. In one word…it could be divisive and open up a debate thus giving the “Me Too” movement a much needed shot in the arm. The end credits clearly show us who is guilty of this movement needing a shot in the arm.