Section 375 is streaming on Amazon Prime

The film’s opening montage features the wordings of Section 375, banners, mobs which showcase the violent side of public opinion. Following this, we see advocate Tarun Saluja (Akshaye Khanna) appear on stage at a law institute where he outlines the differences between law and justice. Law is the tool used.. the facts to achieve the abstract ideal of justice. He cites a few examples and we see where the ideas emerge from. This is the line that sticks with us for the entirety of the film. Throughout the film, this line stays in our mind quite clearly. The ending completely drives this home as well.

Law is the tool used… the facts to achieve the abstract ideal of justice.

The courtroom drama directed by Ajay Bahl centers on a rape case filed by Anjali Damle (Meera Chopra) represented by prosecutor Hiral Gandhi against Rohan Khurana (Rahul Bhatt) represented by Saluja. Khurana is arrested under multiple sections of the IPC which includes the titular Section 375 and sentenced by a sessions court. This prompts his wife to approach this lawyer who keeps emotions and passion at arm’s length. She requests him to file an appeal with a higher court where the majority of the film is set.

Under Section 375, the Indian Penal Code clearly defines rape as “sexual intercourse with a woman against her will, without her consent, by coercion, misrepresentation or fraud or at a time when she has been intoxicated or duped, or is of unsound mental health and in any case if she is under 18 years of age.”

Whilst the courtroom battle focuses on the sensitive section 375 and consent concerning sexual intercourse between a man and a woman, the issues of the court of social media trials and public opinion too are explored. The defense counsel calls it the judgment of the Twitter High Court. The double-edged sword of problems faced by law enforcement, investigation lapses and natural human tendencies also get a mention in this film. 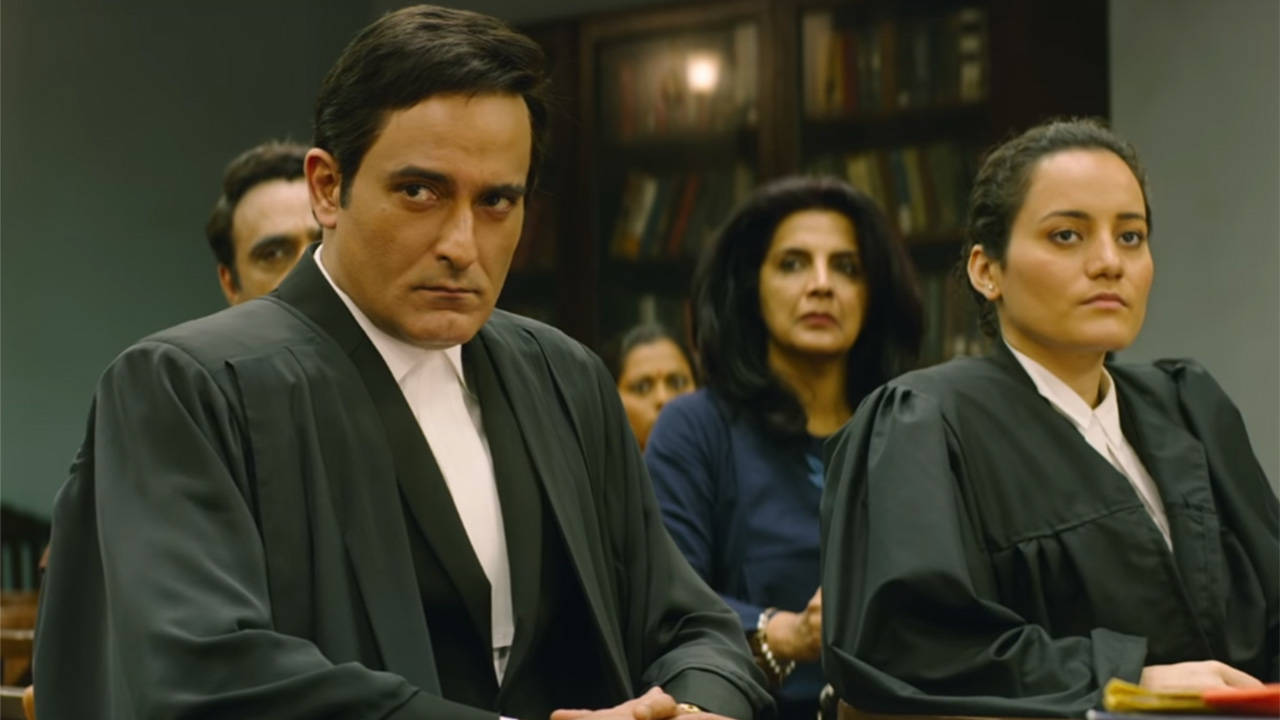 The subject matter was sensitive and needed a grounded and balanced cast member to pull it off. The film had one in Akshaye Khanna. When asked about what captured my attention about this film, my reply would be his character of Tarun Saluja. He seems so calm and assured which is a breath of fresh air when compared to the passionate justice seekers usually seen in films.

As a lawyer, Saluja is only concerned with the facts and wants to get his clients off purely on legal arguments. He is in the business of law and not justice. He knows that the legal system has loopholes which he expresses his disappointment in. The system is designed to let someone win and the other lose is the opinion he shares with his former protegee and opponent Hiral Gandhi. She exudes passion and is dismissed as naïve by Saluja on multiple occasions in different manners.

Richa Chadha’s character of Gandhi is the idealist sort of lawyer who has passion. It’s what most law school aspirants would be like before they enter that classroom for the first time or haven’t experienced the system. She is told that she hasn’t been tested yet. Her opening and closing statements reek of one seeking justice on emotion rather than someone who hopes to win on a legal argument (to be fair to her she is the prosecutor and doesn’t have to legally prove anything for that burden is on the defense). Her arguments reminded me of the jury system in the USA where emotion works to some extent.

With a runtime just exceeding 2 hours, the film doesn’t seem to drag for a large part. Maybe for some, it may drag as we approach the climax. It has been edited well, to maintain suspense and create doubts in the viewers’ minds about the credibility of particular characters’ words as well as actions.

‘Section 375’ treads the fine line between the defense and the prosecutrix’s (female prosecutor) version of events. The version of the person in power against the user/misuser of the law is balanced out well and lead me to that explanation of law and justice we got right at the beginning. It also drew me back to the common ‘lawyers are liars’ school of thought, but what else should they do? 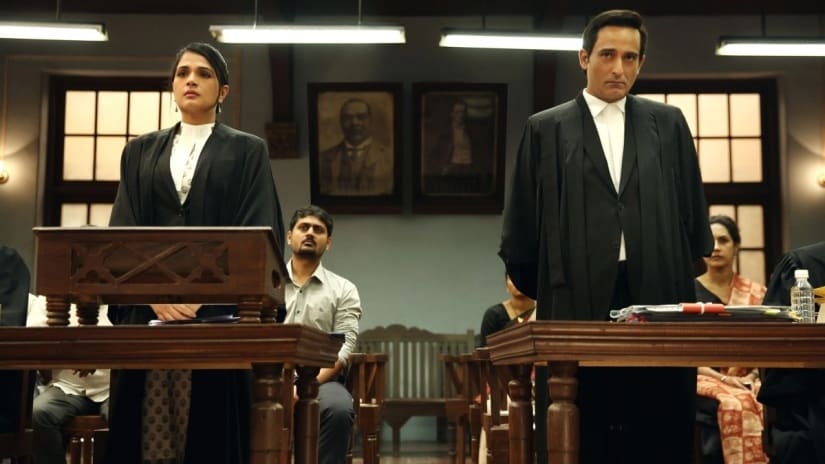 They have a job to fight for their clients. At times they may present facts with a different interpretation which leads to the establishment of the above-mentioned school of thought. Is justice achieved? Justice is an abstract ideal that can differ. However, at times the facts and the tools used can work against delivering justice.

The reality hits hard whichever side you may root for (as it is tough to watch a film as a neutral and not pick a side). The film manages to present itself as neutral though. It seems to lean towards one side at first and then pivots. It takes no side completely which leaves the audience thinking.  Unfortunately, this thinking can lead to questions and neither side would be satisfied. The questions here do manage to leave one side unsatisfied. Maybe both too?