Knives Out When a prominent 85-year-old novelist is found dead the morning after his grand Birthday celebration, every one from his dysfunctional family to loyal staff present the night before is a suspect.

Knives Out was the most fun I had at TIFF’19. It’s delightfully entertaining without a single dull moment. Clocking in at just over two hours, it speeds through its run time in a zippy and breezy fashion. This film is a wild ride that dares to play with and challenge typical genre tropes while keeping you invested all the way through.

A highlight of Knives Out is definitely its impeccable cast – populated with some top Hollywood talent, both old and new. If you weren’t already aware, here’s a quick rundown of who you can expect to see pop up in this film – Daniel Craig, Ana de Armas, Chris Evans, Lakeith Stanfield, Jamie Lee Curtis, Toni Collette, Michael Shannon, Don Johnson, Katherine Langford and Christopher Plummer among others. Kudos to the director and casting director for assembling one of the greatest ensembles of the year. Just seeing many of these icons share screen space is a treat in itself. 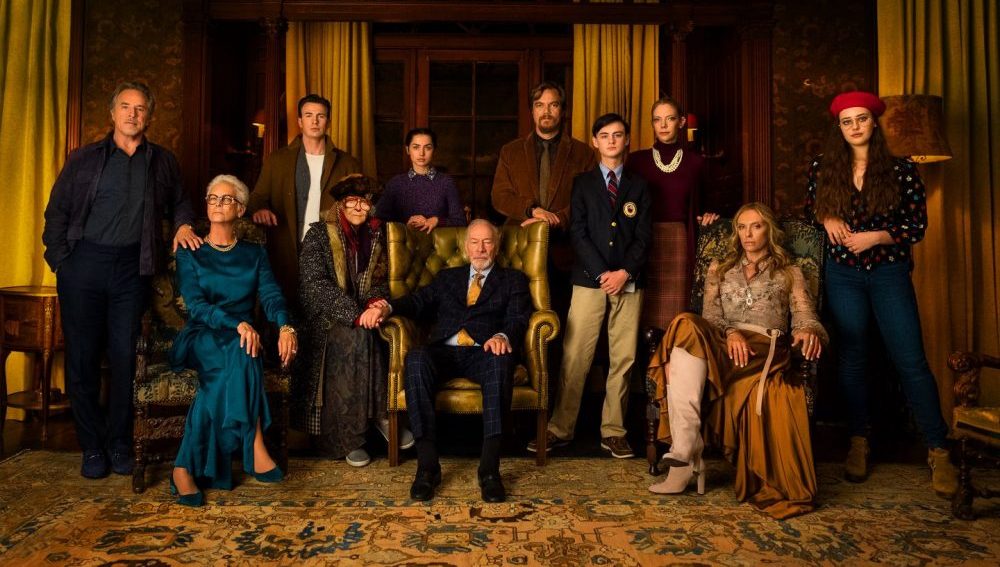 Daniel Craig and Ana de Armas are the leads and steal the show. They’re both excellent and don’t miss a beat. Among the supporting parts, Chris Evans gets to shine and his post-MCU career chapter is off to a rollicking start. Toni Collette is magnetic in her few scenes and delivers some of the films most memorable lines. Everyone else is good with what they’re given. There isn’t a single “weak-link”.

Juggling such an ensemble of actors and characters is no easy task, and Rian Johnson’s crackling screenplay rises to the occasion and succeeds in grand fashion. It carves out a few memorable moments for each character, sneaks in some topical humour and commentary, all the while upending your expectations of a typical murder-mystery plot.

The film is largely set in a single location of a mansion i.e. the crime scene. This location plays an important part and is as much of a character as the others and so it’s a good thing that the production design really brings the set to life in lavish fashion. The sound and cinematography while unremarkable are perfectly functional. The editing is very good and keeps the film flowing smooth and coherently through its many hoops and loops.

If there are any qualms it’s that a few characters definitely could have used some more screen time. Even the leads are fleshed out to a very surface level. While it’s always engaging, I didn’t find myself emotionally invested in the proceedings. It also occasionally overdoes the exposition dumps, especially in the final act when tasked with closing out all the holes and explaining itself.

Nevertheless, these are minor issues in an otherwise deliriously enjoyable romp with so much to admire. Rian Johnson has truly crafted something special here that you must experience for yourselves. It’s an original, star-studded, well-produced genre film and I wouldn’t be surprised if it spawned a franchise. Knives Out is gripping, often hilarious and always enjoyable. Don’t miss it.

Section 375 [2019] Amazon Prime Review: It treads the fine lines, occasionaly raising questions by putting a toe across on either side