Home»Reviews»Film Festivals»A Song for You [2021]: ‘NYAFF’ Review – An Important Song Sung From the Margins
Film Festivals/NYAFF/Reviews

One of the most important revelations that A Song for You (2021) provided me would be the cultural encroachment and predation that almost all indigenous artforms and traditions are experiencing universally. The situation isn’t any different in India and the oriental cultures aren’t shielded from identity crisis either. What I am intending to suggest isn’t a jingoist sentiment. It’s not about national or religious identity.

Cultural amalgamation is an advantageous phenomenon because it, more often than not, makes any art more palatable and catapults it into popularity, allowing its natural preservation and adoption by different generations without any form of authoritative intervention. However, the ratio in which two art forms are mixed matters. It also matters that the art of the privileged is only being used as a pedestal to push the art of the marginalized into the mainstream.

But when the art of the privileged starts to claim dominance by occupying the space that doesn’t belong to it, the act of amalgamation morphs itself into an act of predation which does quite the opposite of the aforementioned advantage. It kills. It kills languages, eliminates methods, detaches the art from its source of origin, isolates practice from faith, and eventually, preservation becomes secondary to commercialization. Consumers are also at a loss here since what they receive in the market is more or less identical to suit the need for rapid consumption. We fail to realize how the lack of diversity derived from the homogenization of art forms due to increasing commercial expectations is lethal to our own welfare.

A Song for You by Dukar Tserang explores a very aggressive phenomenon and presents the condition in the form of a conundrum that is challenging its naive protagonist. Ngawang is like any young artist. He has been schooled by his father who is a respected musician of his village and therefore, Ngawang carries a certain amount of ancestral pride with him. He inhabits a world where ability and faith are only determinants of success.

Life still depends on food more than it does on technology. Add to that the political crisis of Tibetan people living under a state that has seized the people and the place. It is only natural if this protagonist confronts a cultural shock in his own country as he moves from a quiet rural dwelling to a busy city in his attempt to make it big. 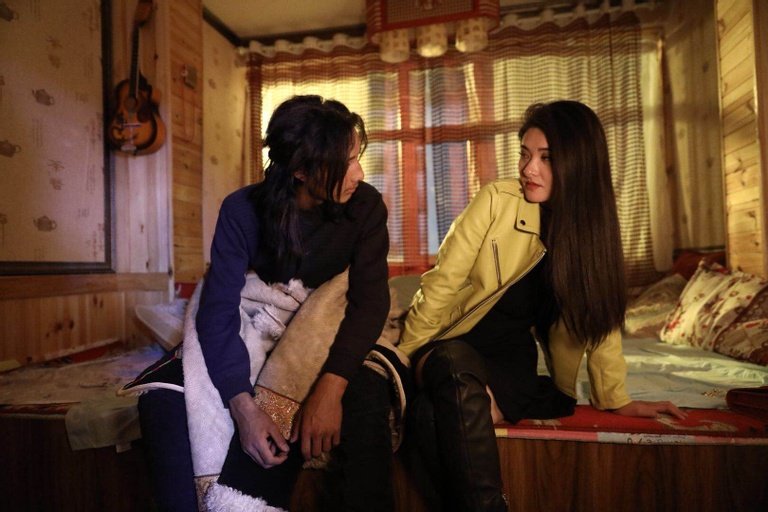 The conflict here is very humble and yet, very dramatic. This is a very regular story that never loses its relevance due to its universality, and the frequency with which it happens in the real life of so many people across the globe. Dukar doesn’t take much time to establish the conflict and he is also very quick to put into perspective that institutional roadblocks will not allow our protagonist a swift victory. Some of them are so severe that our protagonist may not win at all.

Frankly, there is not much to experiment with in this tale. And you can’t hide much either. It has to happen. And since Dukar himself is only starting as a filmmaker with A Song for You, his screenplay is rough around the edges. The organic flow is broken because Dukar is enthusiastic to work around magical realism. He succeeds at making this film a musical with melodious inserts and that too without much repetition. He talks about all possible obstacles, personal and professional, to paint a complete picture.

Some of the tropes he employs are quite regular and hence, do not excite much. The resolution is indeed a very intelligent episode because it detaches itself from the baggage of magical realism and lands on the ground. Damtin Tserang gives a noteworthy performance as the film’s protagonist but on the technical front, one has to note the production design of this film.

‘A Song for You’ is an interesting debut feature and an imperative entry for this year’s cinema because it’s coming from Tibet. With Jia Zhangke as its producer, I can only hope A Song for You to gain credibility over the course of the year.

A Song For You Links – IMDb