A coin always has two sides and director Jero Yun has seemingly explored them both with great depth in each of his last two films. He followed up his 2018 film Beautiful Days that focused on a mother who moved from the north to the south of the border dividing the Korean peninsula, with a film (Fighter, 2021) focusing on a girl who does the same.

Initially, when I looked up this film, what I read made me conclude that this would be a run-of-the-mill sports drama focusing on the underdog rising as a fighter. At times, scenes in the film reminded me of the iconic boxing film Rocky as our protagonist jogs through the streets of Seoul in the early hours of the day, clad in a gray jumpsuit and beneath an overcast sky. You may get hints of multiple boxing films or you may even say to yourself in your head that this is next. Often with Fighter, you may get it correct too. At that point, I began wondering if perhaps I had seen too many movies that nothing would surprise me over time, as anything in any film would make me believe that it was something from another film.

Mercifully though, this is no Rocky, nor is it Million Dollar Baby, nor is it fair to brand effort a run-of-the-mill boxing movie. It reminded me of the fact that I had not watched enough movies to think of myself as an authority who could take one scene from one movie and brand it as something I saw in another film. 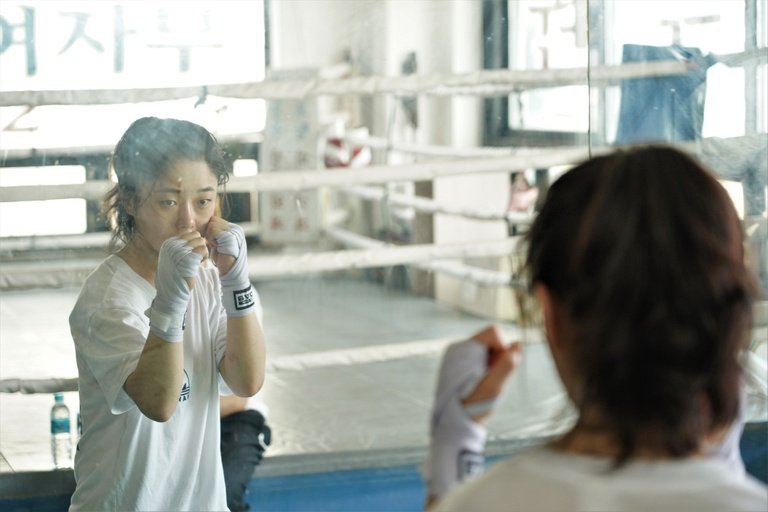 Fighter is far more than that, as after lulling you into believing that it is one cliche loaded film, it veers away from the formula of the sports drama and sheds light on the prejudice of those who aren’t from around (here that refers to the North defectors in South Korea), the battles that one goes through, apart from the sanctioned battles. The film’s title and content matter seek to educate the audience on what the protagonist has done, is doing, and always will have to do. And yes, there is a bit of fighting, as the movie poster suggests.

Set in Seoul, South Korea, the film focuses on Ree Jin-ah (per the subtitles; we learn that she is a North Korea refugee) This learning in itself is a clue that she is a fighter. We get introduced to the lead as she stands at the seashore and seeks to listen to the sound of the waves. Having to start life in a new country is tough, yet Ree Jin-ah remains steadfast and does what she has to earn a living- a fight for her to achieve an objective.

Related to Fighter (2021) – List of The Best Sports Films

Despite working as a gofer at a restaurant, she opts to moonlight and secures a job as a cleaner at the local gym. In her second job, she seems distracted and stares at the patrons honing their trade with the gloves. The trainer, Tae-soo, spots this, and his fascination and eagerness to hone Jin-ah forms another subplot in Fighter. This is filled with them and keeps the film moving along.

In Fighter, the title can be applied to a whole host of subplots, that’s what makes it such an apt name. At times, I felt as though Fighter was a collection of subplots put together rather than one key plot dominating the entire film. ‘Fighter’ is the core message that one will procure from all of them and Ree Jin-ah is central to all of them. It was established by how cinematographer Lim Chang Wook opted to have Lim Sung-mi’s face dominate our screens.

In one scene, Ree Jin-ah’s character is repeatedly sent to the floor, yet she rises and perseveres. At one point, she even stuns her opponent and insists that she can continue fighting. This minor sequence is a reflection of her character in the film and it reinforces the audience’s understanding of the character, based on her story and her moving monologues at the start and at the climax. The one at the start is crucial to hook you into the film. The one at the end lets you understand why Jero Yun opted to present his vision in this manner.

Ree Jin-ah, played by Sung-mi Lim, brings to life a character who has no option but to be tough, a character who, through being tough, has learned that all she has is herself and learns to bottle up her emotions. In one scene that I felt was too dragged initially, the manner in which her emotions flow out, can make the audience empathize with how tough she had to be. Her expressions convey her anguish, sorrow, disdain, distrust, and in one beautiful scene, her joy and happiness. Even to ones who aren’t too good at understanding the other person, it’s quite clear that as the Fighter progresses, Ree Jin-ah has reached a bursting point and wants nothing more than to let it out. After all, there is a limit to how strong one can be in what we learn is a fight that will always continue.

One character that captured my attention was Lee Seung-yeon (Jin-ah’s mother). While Jero Yun didn’t let us know more about the side characters such as the two coaches, Seung-yeon’s character has time to shine thanks to the direction of the film. Her eyes convey the pain and regret of her actions as she seeks to repair her bond with her daughter. 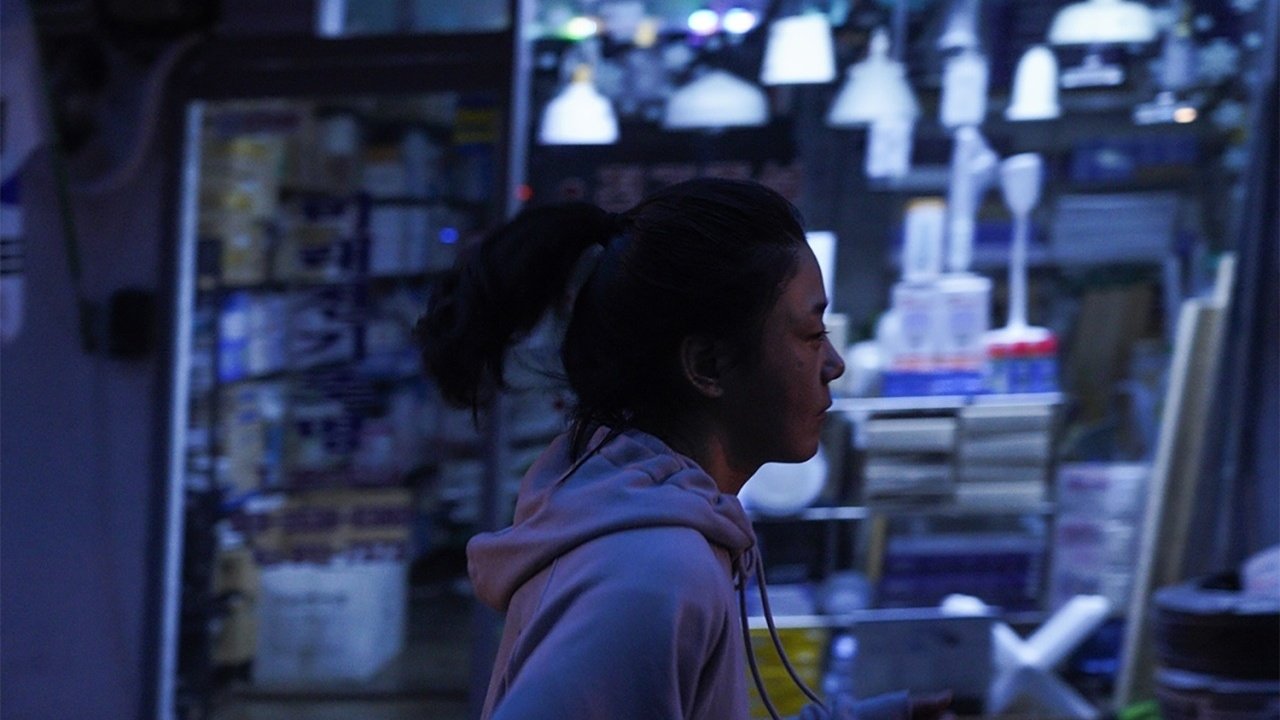 The lack of development of Tae Soo and coach perturbed me. Were they just there as a means to an end to further Jin-ah’s story? It certainly seems so, as we still aren’t aware of why Coach spent his nights at the gym. We don’t know more about the man who could be Jin-ah’s stepfather. An exploration of these could have resulted in a cluttered film that took away from the audience only caring about Jin-ah, but maybe an apt exploration or clever writing of the characters, such as the uncle’s character, could have enhanced the fight that the Fighter was involved in. Furthermore, Jin-ah’s return to her maiden place of employment is left to the audience’s imagination.

Additionally, it seems rather surprising that the estate agent didn’t make another appearance. That could have helped drive home the refugee struggle on another front. For now, though, the audience had to remain content with the gym rival itself serving in that role. Now, having the North-South prejudice unfold only from that angle could have helped it if the film was a sports drama, as the audiences could have gotten a payoff on the sports front.

Those who walk in expecting a sports drama may be disappointed. But the story of the struggle faced by people in an alien land, especially those who have undertaken journeys such as that of Ree Jin-ah, is fresh. The fighting element of the film leaves room for Fighter (2021) to have a sequel. After all, there are still many unexplored portions of this film. Also, the use of sports as an outlet to shatter prejudice and convey the lead character’s spirit is something Jero Yun seems to have nailed. Fighter will draw you in and paint a light on the unseen battles.