Phil Tippett’s ‘Mad God’ squarely falls in the league of the rare posse of films that redefine and stretch the bounds of filmmaking. It would not be amiss to put it in the same breath as a ‘2001 Odyssey’, or even ‘Koyaanisqatsi’. Having taken more than thirty years to realize, ‘Mad God’ is mostly plot-less, and admittedly, a harrowing “collection of Tippett’s dreams”. His manic, nightmarish universe has multiple settings with vague connective tissues. Probably the only thing common to them is the surrealism in realization and the complete and utter loss of warmth.

His experimental style is acutely detached from commonplace wisdom about the three-act structure. There’s not a lot you can make sense of but little parts that can. The macabre surroundings instantly reminded me of Aleksei German’s Hard to be a God. Come to think of it, the films do share a similar background to how the situation is in their respective universes. It is absolutely loathsome to look at; really difficult to understand, and will force you to stop eating whatever you’re having. If you do like ‘Mad God’, be sure to check this out.

Related to Mad God – The Problem With Cinematic Universes

What is apparent from the initial scenes is that a man-like creature is sent on a mission with a briefcase to a fallen city, now completely submerged underwater. The dream-like landscape is a potpourri of freakish creatures right out of your worst nightmares. They’re somehow not answerable to one superior entity and do not mind each other. They don’t look alike – probably not even belonging to the same species – and neither is their nature similar. 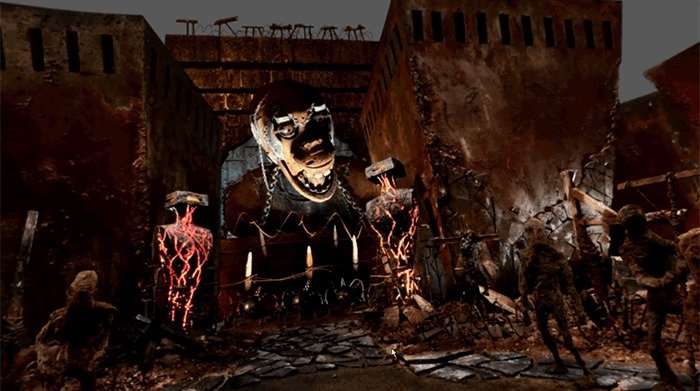 One thing that is similar, though, is their apathy and torturous streak, a Hobbesian world view where the strong dominate the weak.  Tippett’s guidance on this incoherence reverts back to his statement that making a plot-driven logical film was not his intention. His method, or lack thereof, was to channel his subconscious mind into creating something that speaks to audiences with remote familiarity. A lot of things that you see will appear to be a discombobulation of everyday things but in a manner that is repulsive and intelligently self-aware. The universe unites modern technological advances with the rudimentary and primal. The clash of worlds is something that is not the focus but a byproduct of Tippet’s chaotic ways.

Tippett in an interview noted his aesthetic inspirations from the works of Joseph Cornell and philosophical from English poet John Milton. Various elements of the universe, like a delirious civilization, wandering about, or babies that look like monsters are directly influenced by their works. The stop-motion animation by Tippett is meticulous and a true spectacle to look at. His pioneering work in the field seems to have come to a haunting crescendo in ‘Mad God’. In his own words, the film’s setting is a remnant of the consciousness after we’ve left. This explanation also gives credence to a montage of the history of mankind that we see the second masked man-like traverse through.

Also, Read – Kiss Of The Rabbit God (2019) Review: The Essence Of Emulation

He enters different timelines that do resemble real-life events like the Second World War, or maybe, it is what’s left after the evaporation of morality and decency, and governments. Tippett’s idea is to allow the viewer to form their own ideas about what they experience.  The project was funded by a Kickstarter campaign and was released in parts sans the ending sequence before by Tippett. His arduous journey in taking the film to its resolution went on for a long time. Despite what has been put out, the director still feels he could add more with his endless booklet of notes describing his dreams. 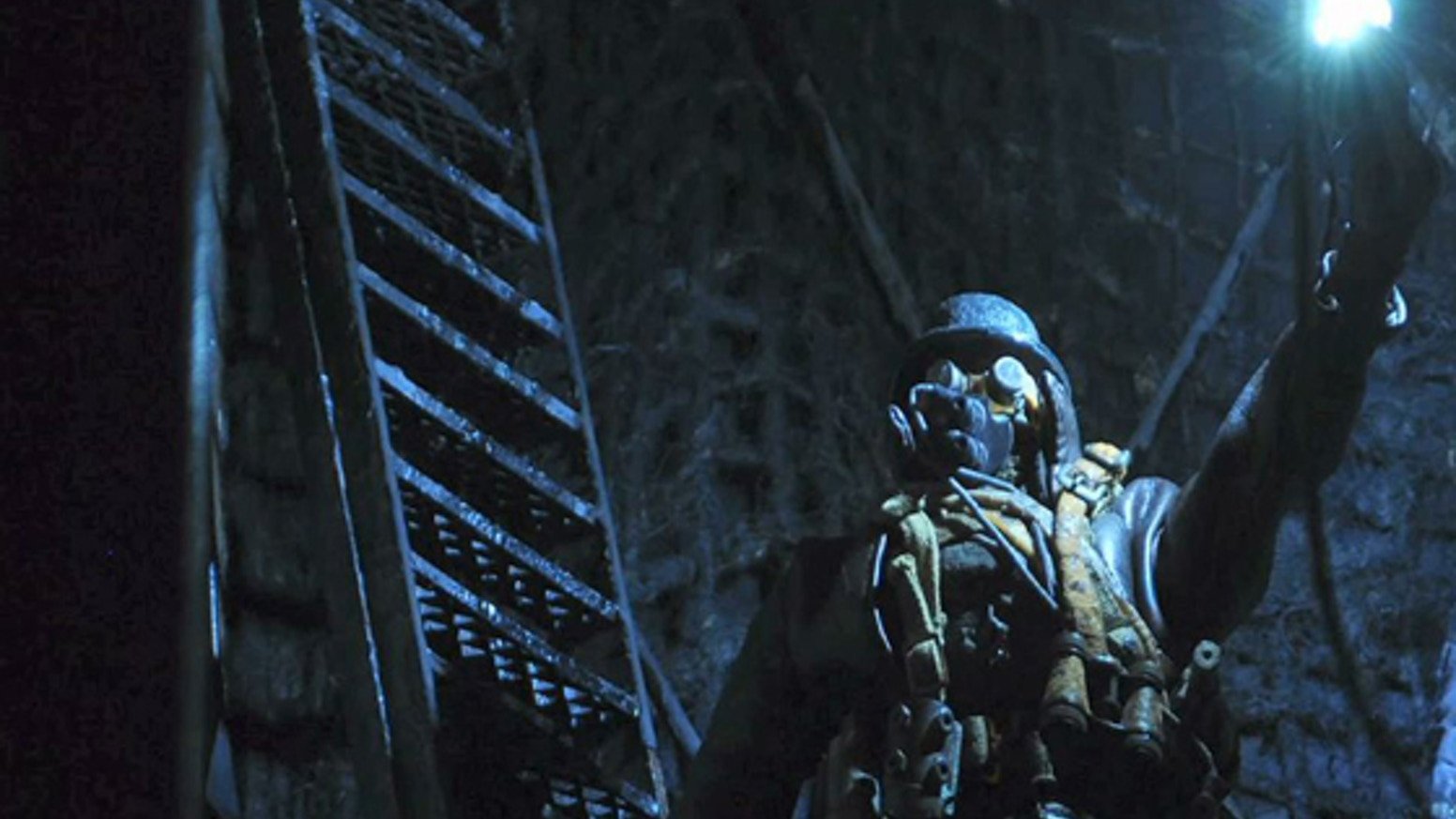 Even without a central conflict, ‘Mad God’ remains compelling and engaging enough to last its runtime. The best way to see the film, in my opinion, is just to feel and be open-minded. If you box in the expectations from the film to things you’ve already seen or try to forcibly arrange the events to reason, you will be disappointed.

‘Mad God’ is an unprecedented and sacrosanct work of art fueled by immense courage and a lifelong passion. Tippett has created a universe that has so many things to offer that you will have to watch the movie multiple times. And so is the nature of ‘Mad God’, you’ll pick on something different each time. As Robert Bresson once famously said, “I’d rather people feel a film before understanding it. I’d rather feelings arise before intellect. There is the feeling that God is everywhere, and the more I live, the more I see that in nature, in the country”.