Adapted from the Bestselling novel ‘Suck it, Ramona! ‘, Cristina Jacob’s meta-narrative, sex-comedy explicitly tries to criticize the genre, is a sluggish, bland and humourless movie. Three writers credited for screenwriting adaptation, and the end result clearly shows the creative differences they might have had in the muddled and contrived plot.

Andrei (played by Bogdan Iancu), a nerdy loser – we are explicitly informed through caption bubble as if the nerd glasses with formal wear in the party was not enough to make it look like a nerd caricature – is in love with the hottest (cliche alert) girl in the school, Ramona (played by Aggy K. Adams). 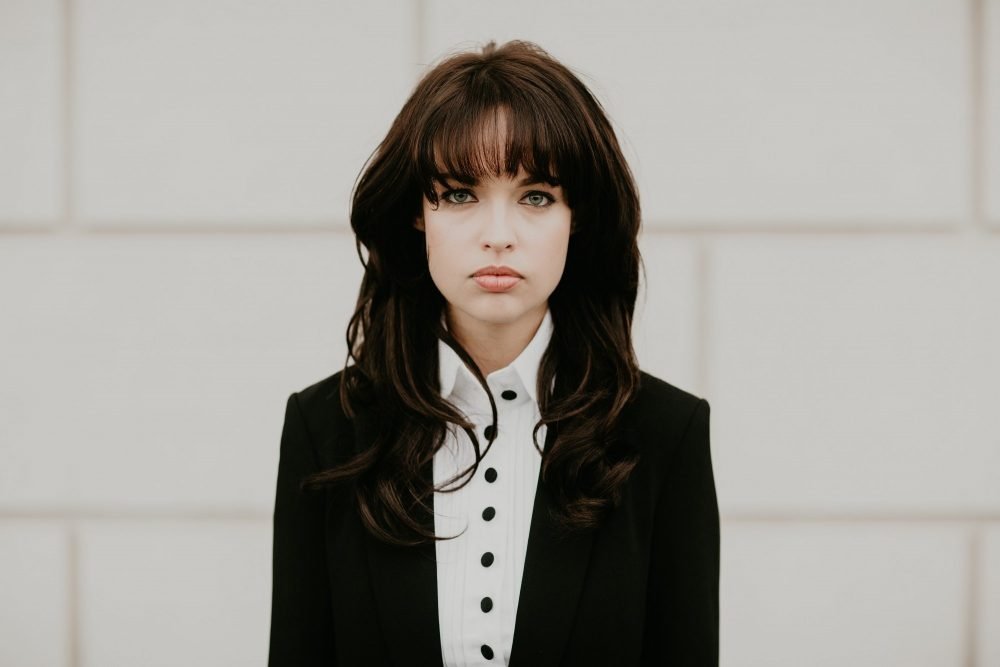 Pursued by a bully in the party, he approaches Romano for a dance, which, to his surprise, she gracefully agrees to do. Romano has her own agenda. Aware of Andrei’s romantic inkling, she plays along to deflower him later. Andrei denies sexual advances as he is interested in an ‘eternal relationship’, the idea he longed for, and doesn’t just want to hook up and end the prospect of a healthy relationship.

After Andrei’s failure to win Ramona’s heart, he takes up a vacation with his mother. On the vacation, he falls head over heels in love with a young and beautiful receptionist, Anemona (played by Holly Horne). When he is back to school, Ramona falls for his charm after a parodic makeover that doesn’t change anything but his physical appearance.

The shallowness of the character is inherently reflected in Ramona, and it doesn’t sit well when she confesses about her true feelings to Andrei. Torn between Ramona and Anemona, Andrei has to introspect his life, make choices while he steps into adulthood. The sporadic humour is derived from misogynistic or homophobic elements in the narrative that is unfunny.

The characters’ sketch is sloppy, and their change of arc in personality is never organic, and hence they feel shallow, and largely manipulated to drive the plot forward. Like, the hottest girl in the school – Ramona – abruptly falls in love with an average-looking nerd, Andrei. It could be her failure in a relationship that compels her to rethink of her choices, but it is never implied in the film. Same goes for Anemona who looks confused regarding her relationship with Andrei when she is already dating someone else.

The third act of ‘Oh, Ramona!’ fails to merge the subplots to give a rewarding payoff for an inconsistent but somewhat charming build up. The performances are forgettable. Andrei lacks the earnestness & charm of a nerd searching for true love. Aggy K. Adams get to play a vibrant character of Ramona but writing doesn’t help her with the acting.

Oh, Ramona! is an underwhelming coming of age sex-comedy that is under-written and convoluted. It lacks an endearing and convincing group of characters to keep the intrigue. It does show the glimpse of technical brilliance in some scenes, especially when fruits reflect the sexual notion.