So Long, My Son (Di Jiu Tian Chang) is filled with staggering amount of emotional profundity and no melodrama

Chinese Cinema, in general, was compartmentalized by referring to generations of film-makers. For instance, the fourth and fifth-generation Chinese film-makers – Zhang Yimou, Kaige Chen, Tian Zhuangzhuang, etc – revolutionized and modernized their national cinema by not only defying the censorship in place, but their works were so visually innovative that it gained international recognition. Technically, the ‘generation’ reference denotes the disparate group of youngsters who graduated from the Beijing Film Academy. Moreover, the 4th & 5th generation film-makers gained more prominence because they explored China’s historical reality more deeply and without any filters (particularly, the adverse impact of Mao’s Cultural Revolution [1966-76] on the salt-of-the-earth Chinese populace).

The so-called Sixth generation of Chinese film-makers was considerably more exposed to Western film-making style (Jia Zhangke is one of the significant directors among the 6th generation). They might have been too young to understand the horrors of the Cultural Revolution through first-hand experience. But even though when the 6th generation film-makers entered the film industry, China was metamorphosing into an economic giant, the films of this era brilliantly focused on individuals who weren’t allowed inside the enviable ring of economic affluence and social comfort. There was a significant shift here: from examining the broader historical reality to expressing an individual’s agony as the wheels of rapid sociopolitical change indifferently crushed those who don’t fit in. 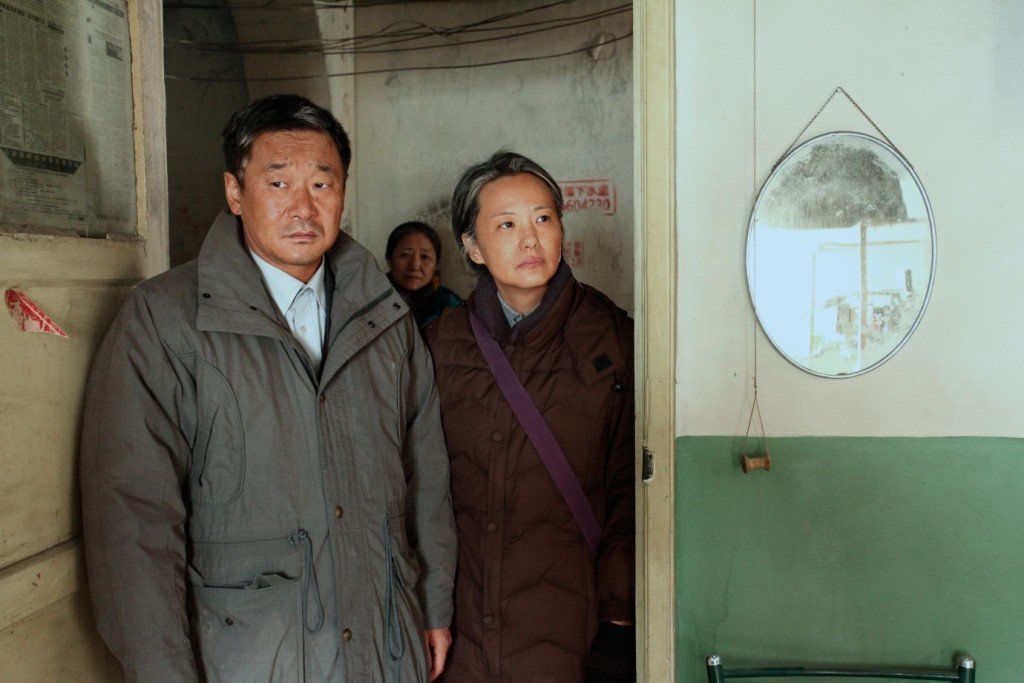 The aforementioned shift to (subtly expressed) individual emotions set against the backdrop of forcefully blowing ‘winds of change’ has allowed the so-called 6th generation of Chinese film-makers to purge the little melodrama present in the movies of previous generations of film-makers.  This is exactly why Wang Xiaoshuai’s epic drama So Long, My Son (‘Di Jiu Tian Chang’, 2019) is filled with a staggering amount of emotional profundity and no melodrama. We understand the ripple effects of state social policies upheavals and the political reality through the collective sum of individuals’ emotions and not vice-versa.

Related to So Long, My Son (Di Jiu Tian Chang)- An Elephant Sitting Still [2018]: A Gritty Romanticism with Fatalism

So Long, My Son tells its story (spanning over three decades) through a tangled structure which for essential reasons makes the past and present to co-exist; a story that, on the outset, sounds very melodramatic. Yaojun (Wang Jingchun) and his wife Liyun (Yong Mei), living in a northern factory town loses their only son Xingxing in a drowning accident near a reservoir, during the mid-1980s. After the grievous loss, the couple has moved to Southeastern province (Fujian), near a coastal town, and has also adopted a boy (also named Xing). But the unruly boy (Wang Roy), as a teenager, flees home causing more pain and disappointment to Yaojun and Liyun. One more key loss in the couple’s life has been caused due to China’s infamous One-Child Policy (implemented between 1979 and 2013). Liyun was coerced to an abortion, a few years before losing XingXing.

Every time Wang Xiaoshuai looks into the past, he adds a small yet vital detail that gives a fresher perspective to the couple’s years of repressed grief. The precious temporal fragments gradually yet robustly deepen our emotional involvement. Liyun was pressured into having an abortion by Haiyan (Ai Liya), a close friend as well as a communist party official. Haiyan, her husband Yingming (Xu Cheng), their son Haohao and Liyun, Yaojun, and their son XingXing are all like a single-family unit, living in the same cramped apartment block and working in the same factory. They happily enunciate that XingXing and Haohao are like blood brothers (both share the same birthday). However, Haiyun was indirectly responsible for denying her friend the choice of having a second child. Similarly, Haohao’s devastation over the loss of Xing also indicates a black hole in the temporality.

Hence, while Liyun and Yaojun are consumed by repressed grief over the decades, Haiyun’s family is heavily burdened with feelings of guilt.  Although Haiyun and Yingming has achieved a higher place within the working-class utopia and aligned themselves with China’s rapid socioeconomic strides, compared to Liyun and Yaojun’s grim socio-economic situation, they still regret the mistakes of the past. Moli Shen (Qi Xi), Yingming’s younger sister, is another vital thread who connects the present and the past. She visits Yaojun and her strange offer to assuage the grieving couple’s agony is rejected by Yaojun. It is once again to writer/director Wang Xiaoshuai’s credit that this sub-plot isn’t exploited for cheap melodrama. The last act of So Long, My Son slowly reaches the epic proportions as the families come together and seek emotional release. The festering wounds are healed to an extent, although a simmering mood of melancholy is kept intact.

So Long, My Son reminds us of Zhang Yimou’s To Live (1994), also a wonderful humane drama examining the unspeakable sorrow caused by the sociopolitical upheaval (in Mao’s China) through the perspective of one ordinary Chinese family. But, while To Live told its story in the chronological order, neatly divided into chapters, Xiaoshuai’s movie gradually parcels-out information, offering a deeper perspective on the character’s traumas. Zhang Yimou gives a broad portrait of China’s political, historical reality. Even though, Yimou grounds the drama in reality, he takes few emotional shortcuts to strongly convey the devastation caused upon the family by the external forces. The brush strokes adorning Xiaoshuai’s portrait of modern Chinese family life is more nuanced, and it takes time to profoundly feel the weight of the emotions (figuring out the disorientating visual juxtapositions), unlike what Yimou (in ‘To Live’) achieves through a simple close-up shot of the weeping (and exquisitely beautiful) Gong Li’s face.

Speaking of brush strokes, director Wang studied painting and though his works were rooted in cultural, social reality, it’s bedecked with autobiographical strains. Wang has said in the interviews the decision to not approach the narrative chronologically came after realizing the hardships in finding the apt locations (due to rapid changes China is going through). Furthermore, since the fabric of the narrative is individualistic in nature, there was no need for elaborate backdrops (cramped housing complex & intimidating industrial landscape were enough) to showcase the relics of the Chinese past. Still, Wang’s dedication to details in order to establish the life of Chinese working-class (the meals, their jubilant social life, etc) in different eras is very commendable. Eventually, the backbone supporting Wang’s deeply textured narrative is the phenomenal performances of Jingchun and Yong Mei in the central role (they both won the best acting award in Berlinale).

So Long, My Son (Di Jiu Tian Chang) tells us how China’s one-child policy impacted Chinese people’s lives. It shows us the lives impacted by overbearing ideology and government policies. It also pointedly depicts the need to acknowledge the mistakes of the past (the collective as well as the personal). Nevertheless, that’s not adequate enough to explain why this film affects us so deeply. I was crying a lot when the older Liyun and Yaojun meet their long-lost friends (which unfolds in the somber and sterile hospital corridor), where nothing much is said. I was so moved by the scene where the old couple pays a visit to their son’s grave and they both sit silently on either side of the gravestone (again zero dialogues). Wang Xiaoshuai lets us into these people’s lives in a brilliantly understated manner that by the end it feels like you have spent your lifetime absorbing their sorrows. Therefore, the greatest strength of So Long, My Son (185 minutes) lies in its sinuous yet nuanced narrative rhythm and richly textured imagery rather than the familiar social commentary. Reconciliation, love, and forgiveness can really be the salve to this indifferent, inhuman march towards an alleged better future.