This film’s title reminded me of a section of the constituation. It means that all citizens have the right to freedom of speech and expression. Such a title and knowledge of the synopsis would imply that this Indhu VS directorial focuses on a fight for one’s aforementioned rights. We don’t really get to see that fight as 19 (1) (a) loses steam, but it is an introspective portrait of one young girl who does something brave, and perhaps foolish…?

Why does it serve as the title? Well, it is because the plot, the actions, and the decisions of the protagonist are driven by this. 19(1) (a) can be seen as a reminder that such a section exists, but the haphazard presentation with innumerable flashbacks and scenes just thrown in with no other purpose but to extend the run time made me lose interest quite quickly. It’s a shame as the start had me thinking along the lines of a murder mystery with an oblivious, simple girl being hunted from all corners for what she has in her possession.

19(1) (a) kicks off outside a residential setting with writer Gauri Shankar (Vijay Sethupathi) exiting a building. He heads to the street and has some tea whilst awaiting the vehicle. One does approach, but the screen cuts to black with the sounds, leaving no doubt about the outcome. Why did this happen?

This question remains in our heads as we get introduced to the nameless protagonist. She lives with her father and runs a photocopy shop, one that she quit her education to take over. A drive through the scenic landscape in God’s own country on a scooter provides a glimpse of a town setting. Wonderfully framed by Madhu Madhavan’s lens, Nithya Menen, who absolutely owns her role, plays a common working-class person in small-town India. Minor touches to the screenplay add a touch of relatability between the character and the individuals present behind the fourth wall. For example, the Indian concept of slapping devices to get them to start. Seeing and identifying these could bring a smile to your face, as you may recollect the times you have done exactly what she did.

A relatable protagonist is something audiences see in Malayalam cinema that gets the word of mouth and spreads pan India. Let’s look at films like Drishyam and Thondimuthalam Driksakshiyum as examples of the same. Of course, 19 (1) (a) is nowhere close to those gems.

Once the duo’s paths collide by sheer dumb luck, a course is charted to this nameless character, who has only lived for others’ expectations to do something she feels is right. As the said character isn’t the one to break free, I like how writing provided her the opportunity to encounter moments that provoked her to break out of her shell. She even manages to use her new self to provide the words to her close companions (her father and her best friend) that can give them the guidance they need to help their own lives. 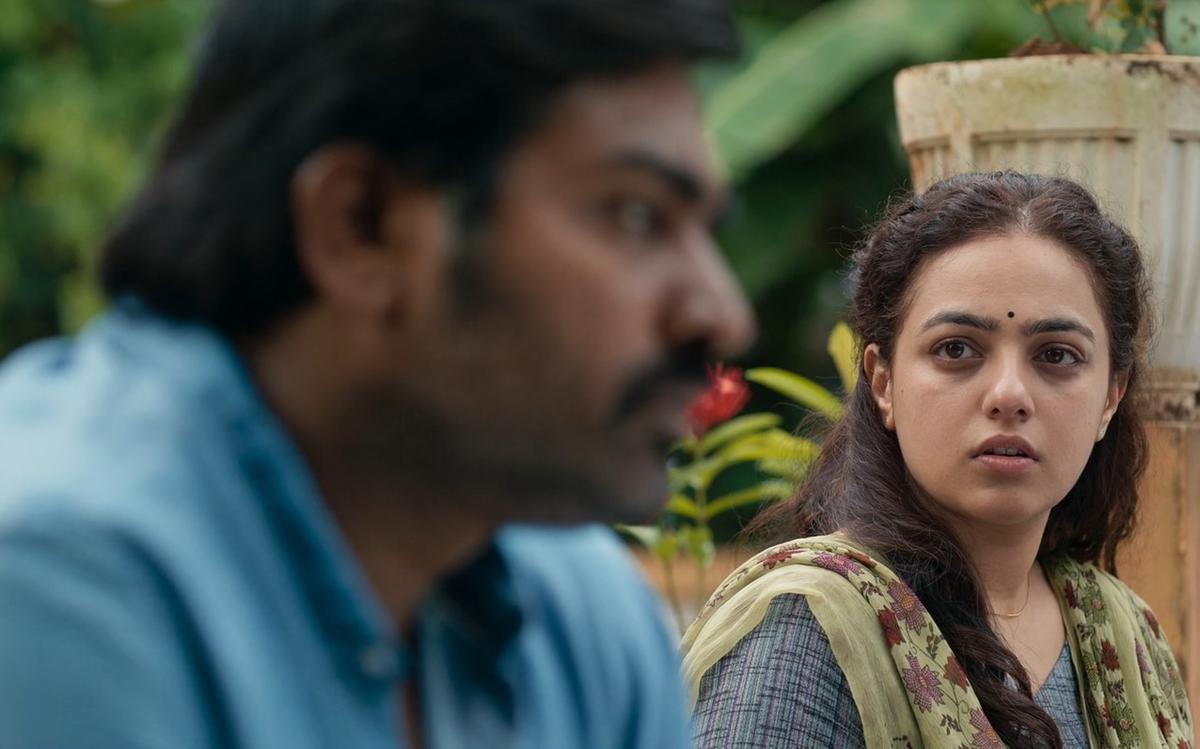 Unfortunately, these moments seem few and far between. Those expecting a motley of individuals to track down the manuscript and locate the nameless character will be extremely disappointed.

The flashbacks really did not work for me, as having Gauri return just dragged 19 (1) (a). We got to see how he was and learn his motivations were only his words that oozed out of him rather than words that people wanted him to use his talent to craft. This self-assured individual’s character could have been fleshed out through narrations from those who knew him. I wish this film had taken that approach. The point where it got frustrating was when Nithya Menen’s character accompanied a journalist and went into a reverie featuring the rebel writer.

Not naming the protagonist was a bold move that worked for me. It stripped the character away from an official identity (she could be called-the girl who runs the photocopy shop) and ensured the audience tries to focus on her journey to uphold the film’s title.

19 (1) (a) has layers to the characters that see food for thought provided to the audience. The primary aspect here is about a progressive mindset in favor of the established traditional hegemony. It’s just easier to do the latter, but Athulya Ashadam’s expressions and unsaid words spoke louder than the loudest words. This thread was good in the initial part, but presenting it in the third act seemed very unnecessary. Of course, in retrospect, had these not been closed, scribes’ words may have seen the makers hauled over the coals for leaving certain things unfinished. However, one thing everyone may agree with is that this subtle reflection of society, with silence in all aspects, is ideal.

Could the film have worked without the senior constable who drives Gauri home and cracks a smile at the climax? Yes. Should 19(1)(a) have been at least 20 minutes shorter? We could have certainly done without the songs at the end. Even if Indhu VS has elected to pick up the intensity there, things may have been different and provided a shot of adrenaline to this film.

19 (1) (a) isn’t a must-watch film. A positive can be Menen’s acting display. One wishes Indhu VS was a tad adventurous with this subject matter. Remember the expectations of individuals hunting down the protagonist and remember the opening sequence…? Woah! Sad that it lost steam so quickly. Had great potential.