These days, there are two things that the Hindi film industry seems to be focused upon. The first is remakes and the second is stereotypes. While there is a dearth of original ideas being accepted for production, remakes have come across as a solution in recent years. Cashing in the fame of an original film perhaps makes more sense for the marketers. Speaking about stereotypes, be it about religion or region, they are used in abundance especially as punchlines and this approach of humor seem dated or insipid. On the other hand, the films that they are based upon often try to break such stereotypes while narrating their plot with a grounded approach. In the case of Good Luck Jerry, which is a remake of the Tamil film called Kolamaavu Kokila (2018), it strongly feels to be the case. The Hindi-language film directed by Siddharth Sengupta and written by Pankaj Matta is now streaming on Disney+ Hotstar.

With Janhavi in the lead role, the film tells the story of Jerry, a young, innocent girl who lives with her young sister and her widowed mother (played by Mita Vashisht). While her mother sells momos to make ends meet, Jerry works as a masseuse. The decision to work on this job of hers does not sit well with the mother. Yet, she does it so that she can earn enough money for them to live in a better place. Her innocent life gets a swift turn with an incident where she accidentally helps cops to catch a criminal. When the criminal’s co-conspirators find her, they persuade her to do a task for them. She is told to bring to them, a packet of drugs that the criminal had hidden in a nearby public toilet. Once she carries out this task and gets quick money, her journey to the side of this illegal trade begins.

Besides her dreams of escape, Jerry wishes to earn more after she learns about her mother’s getting diagnosed with a fatal disease. With an option that she witnessed to earn easy money being right in front of her, she can’t help herself but think of it as a solution. What starts as this work option for her to earn quick cash slowly turns into much more. She becomes a drug mule for a local operation and since she is not considered to be a general suspect in such crimes, gets away easily. With a series of twists and turns, Good Luck Jerry shows her descending into the depths of this crime world and slowly losing her innocence. However, this aspect of her character arc is not dealt with enough attention to detail. The focus is more on making it more entertaining than stimulating. 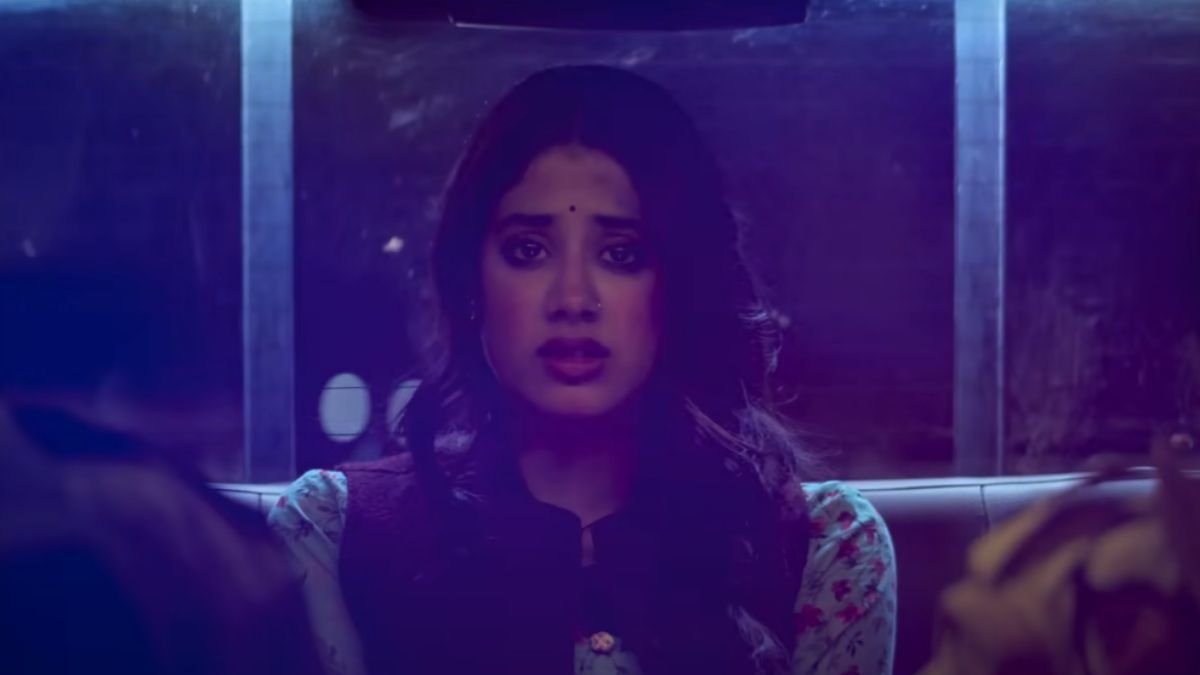 While trying to make the film more palatable for the audience from the Hindi belt, Good Luck Jerry reimagines jokes with different elements of the original. However, they feel redundant after a point. In 2022, stereotypes for Biharis or Punjabis are still being used, while not treating their characters as human beings caught up in conflicts. As a result, they appear more as caricatures, serving only the comical demands and failing to rise to genuine substance. They seem more appropriate to the comedy sketch shows that have populated the television space in the last few years. However, it became difficult for me as a viewer to care for the stakes in their lives. Still, strictly as a fun caper, the film is sporadically enjoyable.

Managing to speak in an accent is not necessarily a parameter of good acting. While Janhavi attempts that well, the emotional graph of her character gets dulled due to her limited acting range. She leads her way through this chaotic journey with a smile on her face. However, there is very little emotion that she evokes on her own. As mentioned before, the aspect of loss of innocence becomes secondary to the fun aspects of the film’s narration. Mita Vashisht and Deepak Dobriyal are impressive with their excellent comic timing. They try to uplift the level of fun in the narration. Yet, due to the film’s largely cringeworthy dialogues, the film gets boring quite soon. What genuinely kept me invested to watch the film is the visual treatment where the credit goes to cinematography by Rangarajan Ramabadran and his team. While it is great to see more and more films made with a female protagonist, some of them, like Good Lucky Jerry, need to be more polished to emerge as consistent entertainers.

Where to watch Good Luck Jerry