Home»Reviews»Films This Week»Four to Dinner [2022] Review: Little makes sense in this confusing tale of finding a soulmate
Films This Week/Netflix/Reviews

Four to Dinner [2022] Review: Little makes sense in this confusing tale of finding a soulmate

At one point in Four to Dinner (Quattro metà), director Alessio Maria Federici’s bizarre and pointless film about finding ‘the one’ in modern relationships, a character screams out “this is the best time to see humpback whales.” Sure, he does. We don’t know why and neither do we believe him. Then, he stays back as he is also carrying his toddler son. That’s all. There’s just one second of the whale on screen, from far, while two of the other leads suddenly start making out. It just happens – without any rhyme or reason. Truth is, the same can be said for the entire film.

There are several such moments in Federici’s film, who clearly has a good idea somewhere in the back pages of some notebook that got greenlit into Four to Dinner. It begins with Luca (Flavio Furno) and Sara (Marta Gastini), a young married couple who clearly have nothing much to do in terms of work besides calling over some of their couple friends and discussing, over pizza and wine, whether soulmates are a thing or not. This soulless conversation then sets off to a flashback attempting to explore the very concept of soulmate. (A few seconds ago they were discussing Plato’s Symposium by the way.)

The flashback introduces us to four main characters- Daario (Giuseppe Maggio) and Matteo (Matteo Martari)- two single men, who meet Chiara (Ilenia Pastorelli) and Guilia (Matilde Gioli). Although each of them has their own outlook and personality, it is explained in a couple of lines, even before they speak a complete sentence. Chiara and Giulia toe these factors in exact precision as if there’s nothing left to known about them. Soon enough, the four of them hook up – Matteo with Chiara and Daario with Guilia- to bittersweet results. The narrative then seamlessly cuts to the alternate version, with the same set-up- Matteo with Guilia and Daario with Chiara. At first, the floating, rambling spin-off peaks in with a certain amount of endurance, as the clever narrative touches make sense. It is only when Federici performs the same trick over and over again, that it feels like a lost cause. 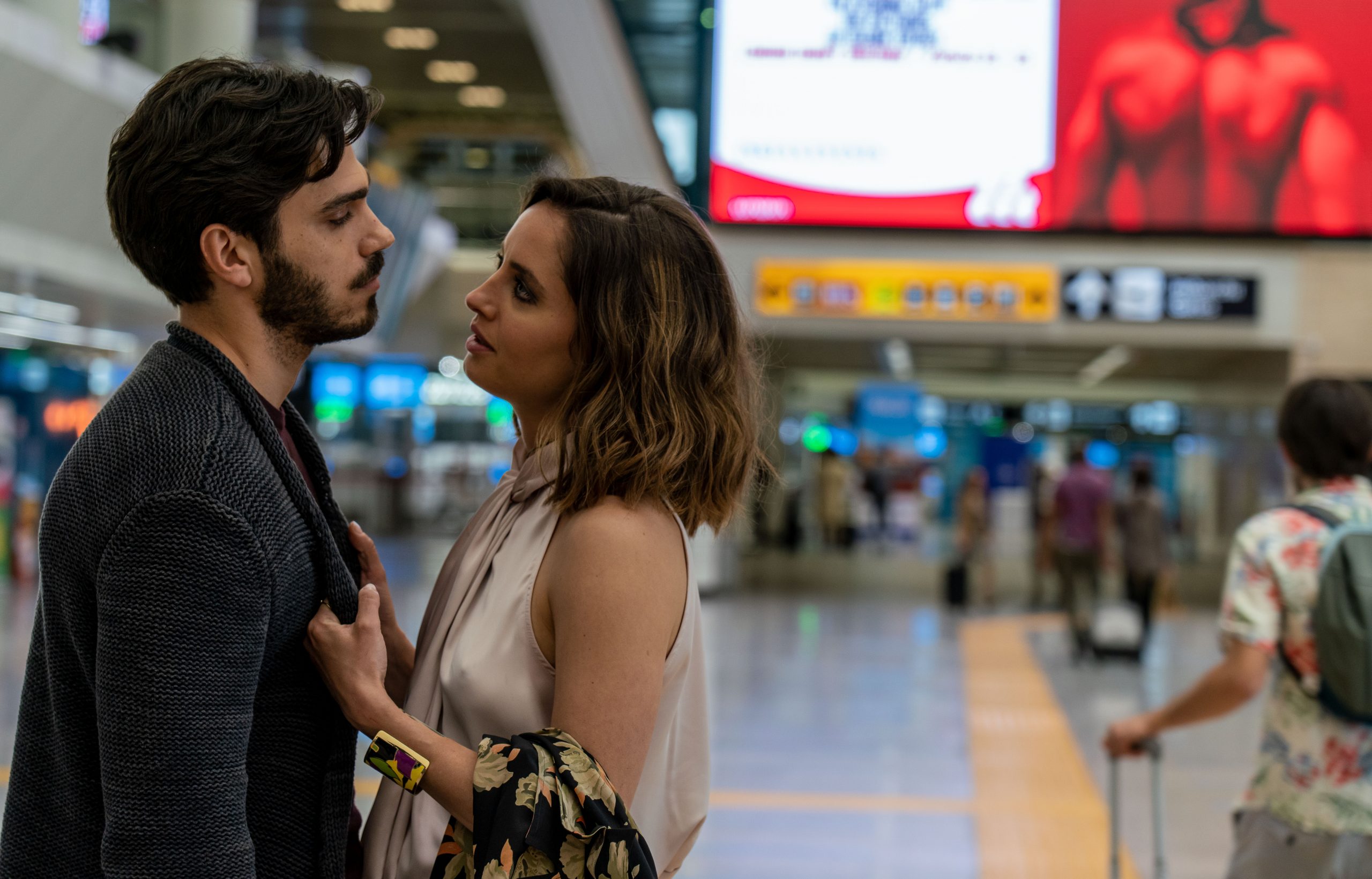 The alternate parallels occur with such sudden randomness that the audience is left at a cliffhanger in terms of keeping up with the changes. What touched an unfamiliar ground in terms of exploring identity and relationships falls flat to its very own exercise- rounding up relationships without any insight or imagination. The wafer-thin screenplay, looming large over the proceedings that follow, only ends up being more perplexing than ever. The switch happens without any break, and Four to Dinner becomes an incoherent mess of a drama undone by its sheer force of stubbornness. The parallel tracks leave no mark of semblance, or register in the slightest, for one to pause and then continue.

The idea of finding whether a soulmate is turned into such a confusing game of switch and play that there’s seldom space for any other development. The main intended purpose is to inject a sort of suspense into who is with whom- but after the frustrating first half, one really loses track of what is coming next. By the time Sara and Luca actually let out the secret, one has entirely had enough of their tomfoolery to care. By the time the movie actually reaches its own sweet resolution of searching for a soulmate, there’s nothing left to take note of.

Four to Dinner has free-flowing, easy-to-follow performances across the board, but with a script that does not allow room for much character development, it is a shame that all of them feel one-note and after a point, simply annoying. There is a coming-of-age drama buried somewhere deep beneath all the duplicity of interchangeable relations, which never really comes to the foreground. This Netflix release does nothing for the romantic comedy and ends up being lost in its own world of Inception-like drama. Frederic’s film is too enamored of its own tricks to even think about what is happening around them. The only thing that matters to them in the world is lost on us, trying to figure out what does it all leads to? That is a place no other film wants to be in.

Four to Dinner is now streaming on Netflix

All Stanley Kubrick Movies Ranked from Great to Greatest

Four to Dinner [2022] Review: Little makes sense in this confusing tale of finding a soulmate