Two bffs and a man comes in the mix? That plot has found itself a movie way more than anyone could keep count of. But in Soulmates, directed by Timothy Armstrong (Elephant in the Living Room, A Cowgirl’s Story, Dakota’s Summer) there is no fight for the man. The two women have their own personal (and childish?) reasons to deal with before anyone of them agrees to marry. It all comes just the way it sounds – and results in a meandering and unfunny film with a bunch of annoying performances.

Set in Vermont, Samantha aka Sam (Alexandra Case), and Jessamine aka Jess (Stephanie Lynn) are best friends since they were six and have each other’s back through everything. Jess devotes her time mostly to the farm and Sam is an aspiring writer. Both of them spend their days idling around and are deeply passionate about the local produce provided by the maple. The local maple syrup business sustains most of the local farmers.So when a mass-producing factory outlet named Peterson Maple sets up in the locality, they are enraged. With some of the local friends and family, both Sam and Jess protest – when Landon (Mark Famiglelietti) spots them. Although treated coldly by the rest, Landon quickly but comfortably sets it off with Jess, much to Sam’s dislike.

Related to Soulmates – Focus (2015): Review- A Rom-Com with Sprinkles of crime

This intrusion, both in the social and personal life of Sam, makes her unsteady and pensive. In no time Jess and Landon are engaged, much to her shock. In no way can she believe that her best friend can like someone who does not even stand on the same beliefs. “Jess is a metaphor for the state of maple in Vermont,” she says, “She’s corrupted.” Then in an impulsive rant with mum Rita (Alice Barrett Mitchell) in the garden suddenly tells Sam that both of them had made a silly pact during childhood. That they will get only get married together and either one of them will wait till the other one. 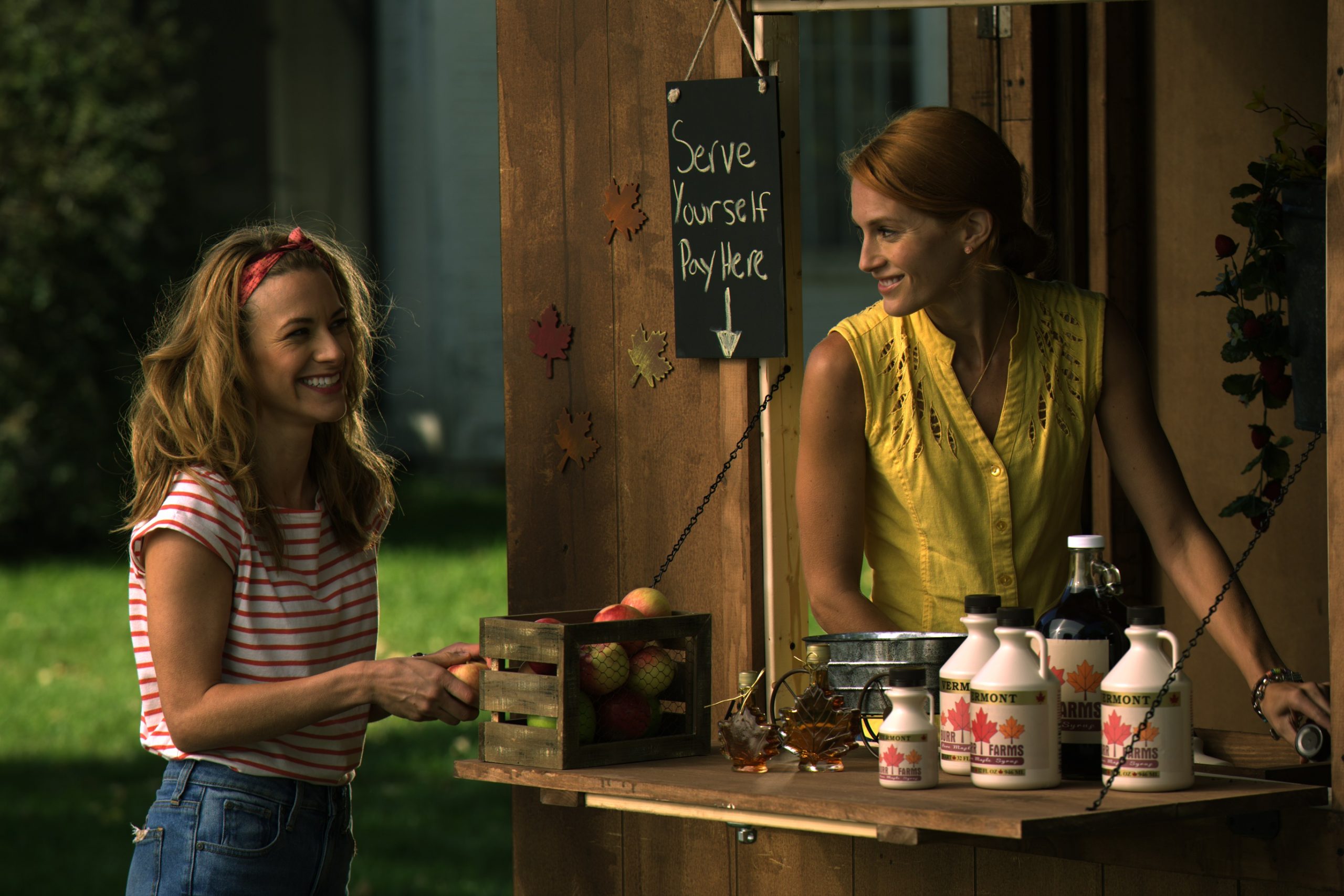 This ridiculous pact gives Sam the perfect excuse to delay the engagement of her best friend- but for what? To serve as an excuse to find any ground to hold Landon accountable for his actions, that she is not sure of? The odds are many, and Sam does not know where to begin. The same can be told for Soulmates as well. There are so many times that the characters and the plot presume themselves to be a meet-cute cheeky narrative but fall flat at the get-go.

Co-wriiten by Case and Lynn it is head-scratchingly obtuse how the central female characters have no complexity nor ambition. Jess finds herself as a capable music teacher at a local primary school only because of Landon- and gets along really well. No surprises there. Sam is apparently trying to be a writer, someone with a sense of purpose. But her actions- rustling between toxic and ignorant, sabotages everything around her because of her pointless ideas. She meets a sweet, handsome guy named Colin (Zachary Spicer) at the local community service and shares her misery.

Suffice to say, she barely manages to find any time for research, and it is but expected when her proposals are rejected. (Cue for her to take up another sequence ranting.) The supposed protest lasts only for that one beginning sequence, and there is nothing more to it. It all rolls up to the big marriage issue without any forward crisis or action to stay invested.

The performances are a tad too uneven to register, given that are most of the characters feel half-baked. Soulmates barely survive its runtime, meandering along a predictable route without even trying to find an original route. There is no clarity in the fashion in which Sam and Jess are positioned as best friends- they obviously have no sense of communication and clarity. Perhaps the only line that rings true in the entire film is when Colin asks Sam what is she doing at the community center? People come there only if they are escaping something or in a break-up. Predictably, Sam has an answer disguised as a slow, unfurling state of her helplessness. Soulmates feels the same way too- except that it does not have an answer this time around.