Those who live in India and are aware of how the government is using the Hindi film industry to advertise its political agenda in real life and further their religious propaganda in reel life know the truth already. Those who are oblivious to that aspect of Indian entertainment and think it’s just song, dance, and romance, well, here it is. Almost every single artist that’s slightly or overtly critical about anything happening in the country is being harassed. Sometimes via social media, sometimes legally, and sometimes physically. While those with a solid footing in this sphere are managing to fight back, others are receding into the background out of fear. Hence, movies like Aadhaar (2019), Nasir (2020), and Writing with Fire (2021) haven’t seen the light of day in India. The Brittle Thread (Jhini Bini Chadariya) (2021), yet another movie that shines the light on the country’s insanely problematic areas, is probably going to join them.

Directed by Ritesh Sharma and co-written by Shailendu Kumar and Sharma, The Brittle Thread (or Jhini Bini Chadariya) is set in the ancient town of Varanasi. Essentially, three narratives take place simultaneously and then meet violently and tragically in the end. The movie opens with that of Rani’s (Megha Mathur) and Baba’s (Utkarsh Srivastav). Rani is what can be described as an Indian version of a stripper, with dreams of acting in movies and sending her daughter Pinky (Roopa Chaurasiya) to a good boarding school.

Baba is incredibly possessive of her and wants her to change her profession while being oblivious to her relationship with the local politician Shiv Shankar Tiwari (Ashutosh Singh). Then the focus shifts to Shahdab (Muzaffar Khan), a sari weaver, who befriends an Israeli tourist, Adah (Sivan Spector), and eventually falls in love with her. And the third layer is the growing Islamophobia being spread by politicians of the ruling party and bigoted news anchors to oppress the Muslim community and cause rifts where there aren’t any. 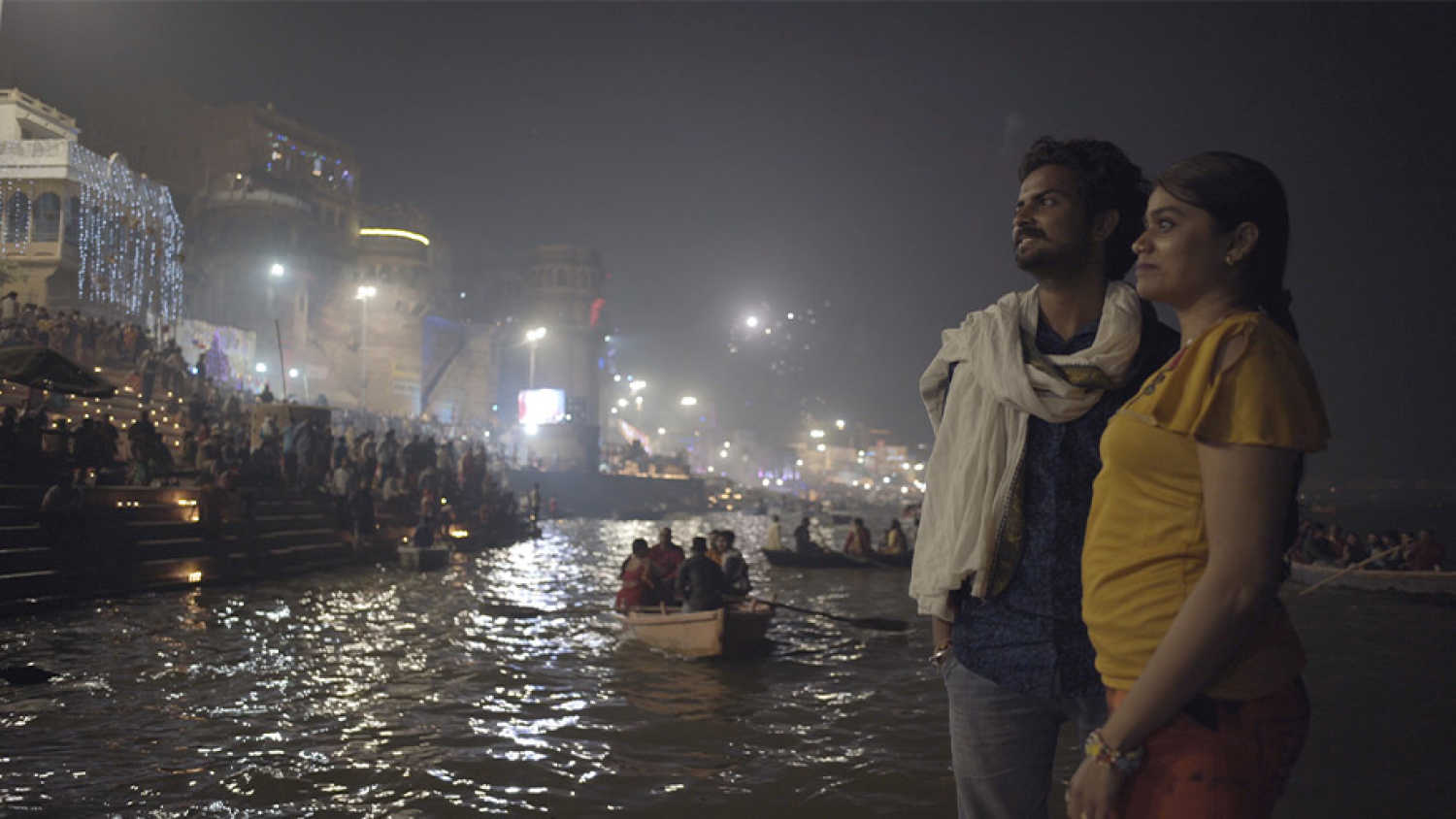 Rani and Baba’s arc, with Tiwari and Pinky in the mix, illustrates the exploitation of the largest sections of the majority community, i.e. the lower-middle to lower economic class, by the powerful who belong to the same community of people that they are hurting. Rani’s profession highlights the dichotomy of being a stripper in a society that enjoys her work when they want to. But downright disrespects and abuses her when she shows her sense of self-respect.

Rani exposes the hypocrisy of the patriarchal Hindu community that doesn’t miss a chance to look down upon women while boasting about the purity of their culture and leer at them with a predatory gaze. And their story shows that they won’t get an inkling of dignity or justice after surviving this systemic onslaught or even in death. Mathur and Srivastav’s performances are scarily good. Because it’s difficult to say where the line between fact and fiction is while watching them act. The same can be said about Chaurasiya and Singh, with both of them acing it in their standout scenes.

Shahdab’s story touches upon a complex array of topics. The most obvious one is the minority oppression, how Muslims have been othered by Hindus, and how they’re surviving in this atmosphere of hatred. Shahdab’s entire demeanor, brought to life oh-so-brilliantly by Khan, shows how this ostracisation by the majority Hindu community and the need to hold onto one’s religious identity can impact someone on a personal level. He isn’t able to ask for the money he needs and deserves for his saris although he has put an insurmountable amount of effort into it. He can’t read Adah or express his love to her without making things awkward.

Shahdab’s backstory, which is based on the riots around the Babri Masjid demolition, demonstrates the violent nature of the majority Hindu community and how “mob justice” is gradually being normalized. And the conclusion of his arc states that even when the people from the Muslim community find some semblance of peace, they’ll still be subjected to hatred manufactured out of thin air. If you have a soul, the final shot of Shahdab will keep you up at night for a long time. 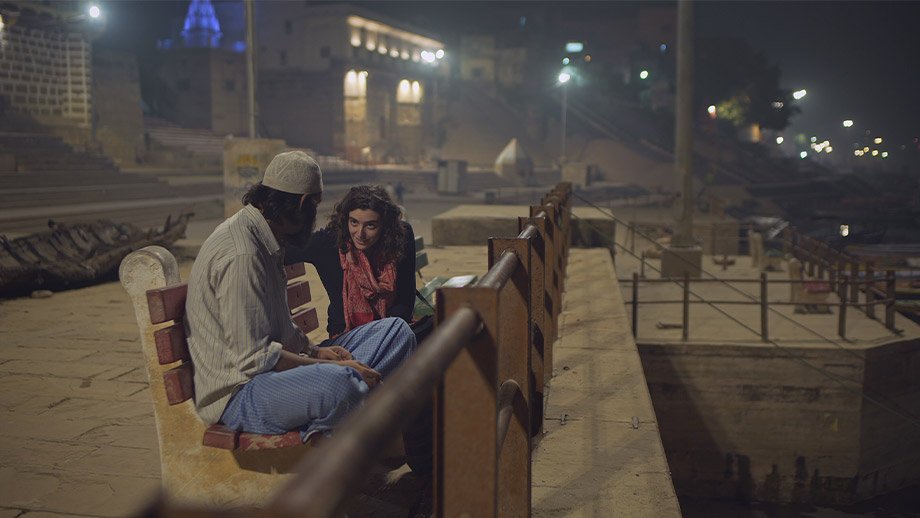 The impact of the growing Islamophobia and class oppression on the characters (and on the economic classes they represent) is told primarily through actual shots of Varanasi, how Rani, Baba, and Shahdab are framed, and sound bites from religiously-fueled slogans and public speeches and interviews by prominent politicians and news anchors. Yes, Sharma doesn’t pull any punches in The Brittle Thread while hitting out at Prime Minister Narendra Modi, UP Chief Minister Yogi Adityanath, Republic TV editor Arnab Goswami, and many others who have joined them in a campaign of fascism, authoritarianism, and religious bigotry.

He points out the extent to which this circus of discrimination has entered our homes and basically become our ambient sound. In doing so, the movie tries to wake us up to the notion that we should be looking beyond these man-made boundaries and uniting as a species to deal with poverty, unemployment, and the decay of the environment. But what are we doing instead? We are isolating ourselves, pushing each other away, putting each other in prisons (literal and metaphorical), something that is captured aptly by DOP Priyashanker Ghosh’s repeated use of the frame-within-a-frame technique.

As mentioned before, there is an unhealthy chance that The Brittle Thread will never be released theatrically. And if it somehow manages to release digitally, Sharma and his team are going to face an immense amount of pressure. But Sharma and his team know about it and yet they’ve made this movie. For that alone, they deserve a resounding round of applause.

The fact that The Brittle Thread is a beautifully crafted movie that gets to the heart of India’s problems while telling stories that you will never see in mainstream cinema is like a cherry on the cake. It’s true that things shouldn’t be like this. However, this is the reality we are living in right now. All we can do is put on a brave face and continue to support and amplify the work of people like Sharma until the evil in the ivory tower that’s eroding our country is vanquished.

Alam (2022) IFFK Review: A Coming-of-Age Story on the Fleeting Nature of Symbols and Memory set in Israel-occupied Palestine