Nasir (2020) Review: Premiering at Rotterdam International Film Festival – where it won the NETPAC Award for the Best Asian film; Tamil filmmaker Arun Karthick’s sophomore film Nasir (2020) is about a single day in a common man’s life. A saree salesman in one of the low-key cloth shops in a random marketplace in Coimbatore, Tamil Nadu – Nasir lives a hand-to-mouth kind of existence. So much so that there are stacks of notes left in some unreachable places in his home and even they can’t seem to sum up to get the wheel of his life going. In short, his life would crumble if one of the pieces of his life’s puzzle falls off.

However, he is not just a simple salesman with a humdrum life punctuated with sheer monotony. He is a poet and a romantic at heart. When his wife leaves for a few days to bring in the extra buck for the family’s existence, we see him scouting his heart’s corners picturing his lonesomeness in words. He has small yet doable ambitions. He wants to help his ailing mother by somehow easing her pain. He also wishes to help his cousin (a special child) get the kind of education he deserves. For that and more, he is pretty hopeful. In his thoughts (depicted as a hand-written letter to his wife) he formulates and calculates how he can make those things work. A job opportunity that could open up in Abu Dhabi is just the kind of luck he needs in his life.

However, to put things into a realistic perspective. He is in debt. To sound even more practical, he also needs to borrow more in order to make ends meet in the weeks to follow. As we see him discussing things with his wife on his way to dropping her off to the bus station, we see the couple go through the rushes of the ‘Muslim street’ to that of the ‘Hindu street.’ Nasir (2020) is in every sense of the word ‘apolitical’. The streets, on the other hand, are in a rage with communal disturbance. We know this because director Arun Karthick ensures that we pay attention to them. He makes sure that the hatred that blasts off the loudspeakers hits our ears even if we choose to ignore it. 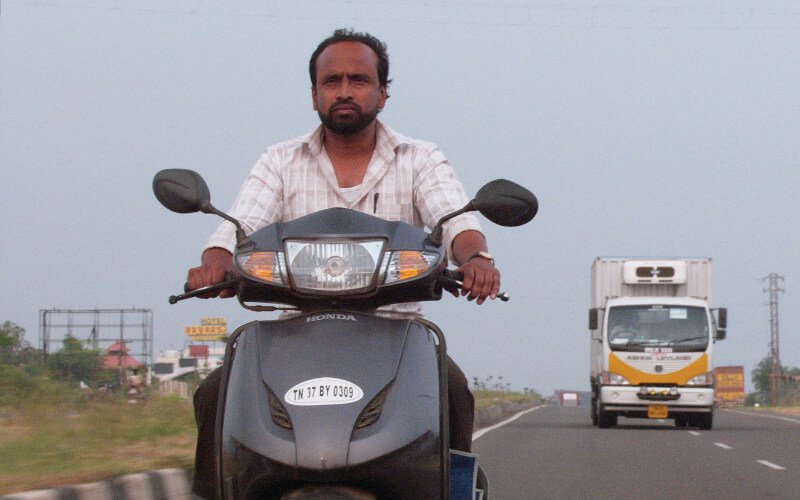 This is to say that in spite of Nasir’s apolitical choice, he is a product of his environment. We see him opening the shop where he works. We see him changing the garlands of a Hindu god without batting an eye. Even the mannequins of the shop are powered by a supposedly Hindutva dialect (they are wearing bindis). There is no sense of religious or communal change in his stance in spite of his religion being casually assaulted by his co-workers. The only religious thing he actually does is going to offer the afternoon ‘namaz’ and listen to the prayers as he wakes up.

Arun’s aim is showcasing a common man’s life in a communally disarmed society. Among the recent CAB/NRC debacle in the country, the film becomes incredibly relevant.  There’s no way one can avoid the unavoidable. We can’t simply listen to the country being turned into a supposedly superior ‘Hindu Rashtra’ and let religion come in the way. However, it’s not the moral lecture that Arun’s Nasir (2020) wants to convey. He just wants us to witness how no-one can claim to be apolitical and be away from the bigotry that’s going on. It cannot be rejected as something that wouldn’t affect an individual just because they don’t partake in it.

Nasir (2020) is a political film showcased through a life of miserable positivity. It takes us through sequences of daily routines – some of which can be easily dismissed as boring; to bring us to its ultimate climactic reasoning. The film is pictured in a photographic square-shaped frame. If it wasn’t for the mention of ‘Instagram’ it could very well be denoted as a 70s film. I guess that is what it wishes to convey. The images might feel empty and old, rustic, and disintegrating to the casual eye but their relevance will last forever. 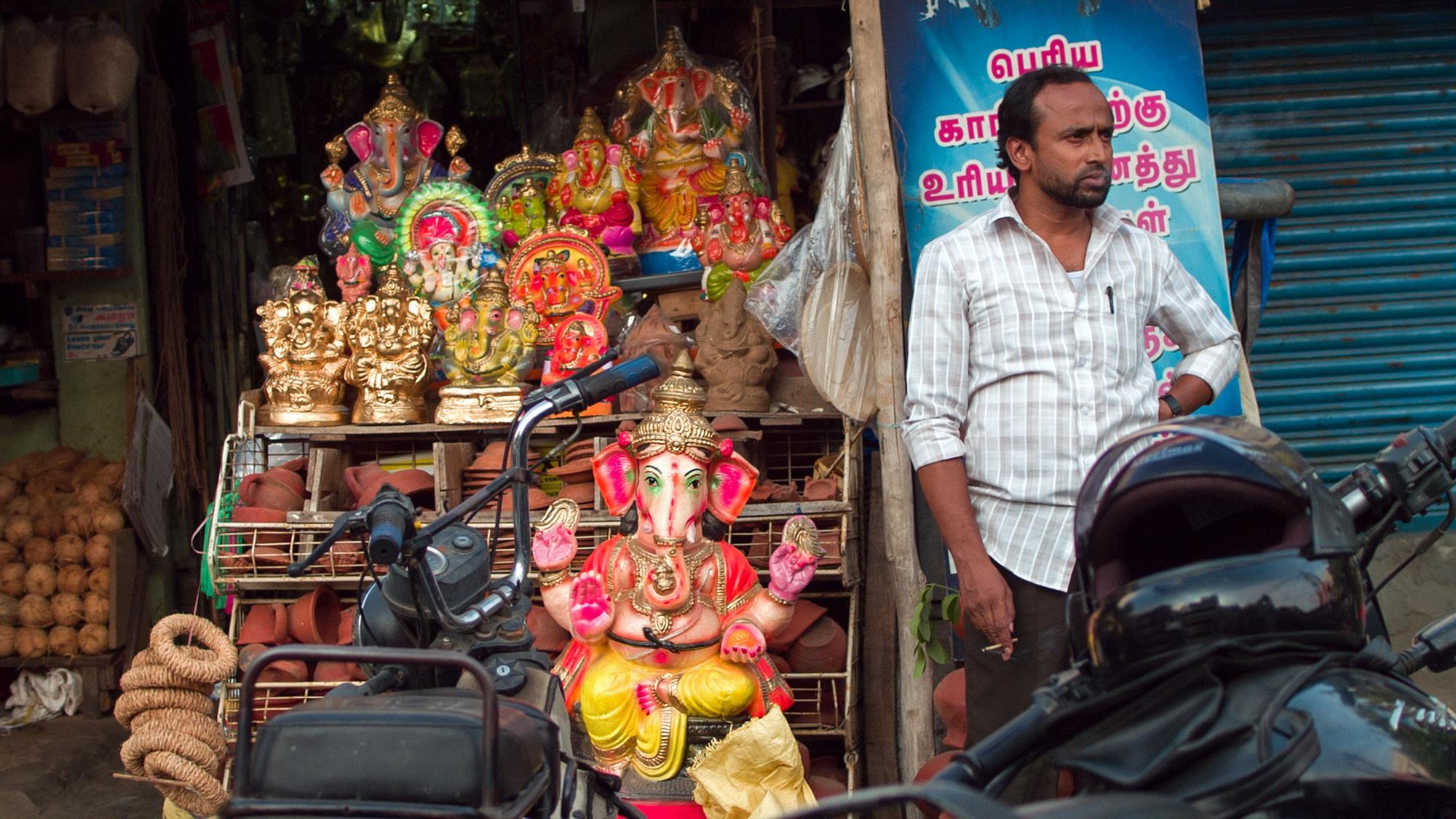 The film comes to a shuddering, almost shocking end. While the viewer is made aware of where it is leading through some of the most literal subtexts, it still shakes you to the core. However, personally speaking, the narrative choice by Arun Karthik renders the film with a hollowness that dissipates the impact. We get to know Nasir through a quiet observation of his life but we simply don’t connect with him enough. We are always left at arm’s length and while his motifs and dreams are as realistic as it can be, the way Karthik channels them doesn’t allow the abruptness to settle in.

Adapted from Dilip Kumar’s 2012 short-story ‘A Clerk’s Tale’ and clocking at a little less than 80 minutes, Karthik’s Nasir (2020) doesn’t provide poetic justice to the tryst of this everyday man. I think what the film lags is a sense of grit. Even though we feel the communal pressures building up outside the photographic frames, ‘Nasir‘ is not built upon solid grounds to parallelly follow the potent message that it carries.

Nasir was screened under the MAMI Year Round Program