Sometimes, we have to walk that razor-thin path in our lives because of who we are in between those bones. We know that life can be cosy and comfortable if we follow a prescribed pattern, but what if your very life force is waiting at the end of that razor-thin path and you see it’s smile clearly? What if you know it is has been waiting for you all your life and it says it wants to grab you and make you part of its womb? Can you resist that warmth and love? Would you let it go? And if you let it go, would it not haunt you for life? Some go for it despite less than 1% chance of making that impossible journey and that’s what ‘Moothon’ is all about – it’s about converting 1% chances and trying to make a life out of it. There is a success, failure, and something in between.

This is my first Geethu Mohandas’s film and what a way to get introduced to her world of cinema. I had to watch it two times to make sense of the thick plot and now I have an understanding of why her very first movie was sent to the Oscars from India. For me personally, what is interesting and gutsy from Geethu Mohandas is the fact that she ventured into exploring not-so-acceptable-relationships in an Islamic setup. I wonder how many directors have made that leap despite high profile resumes! 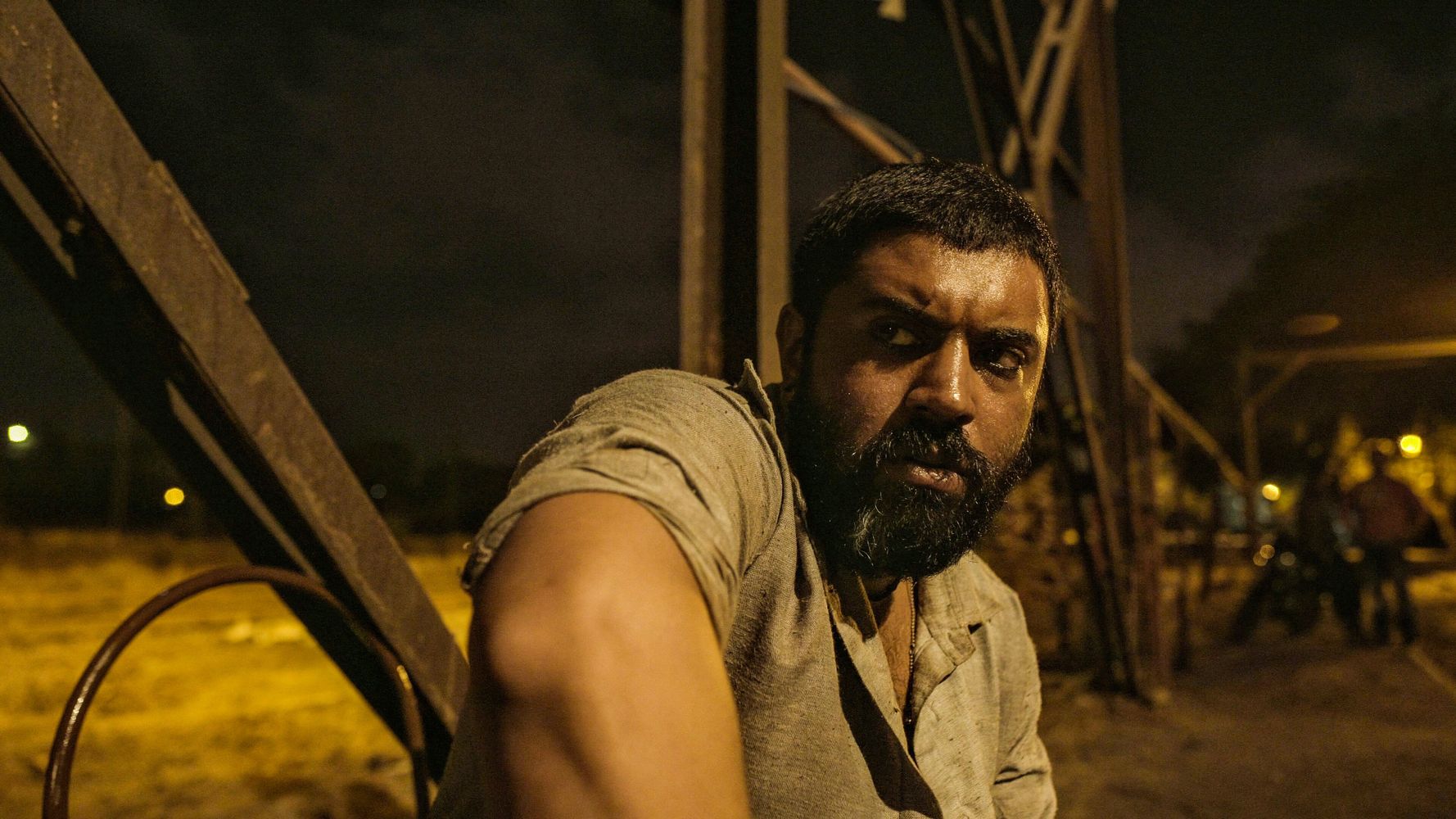 The movie is primarily the journey of two siblings taking their respective razor-thin journeys aiming for reaching the wholeness, the mother’s womb. Can both make it? If one makes it, did the other not make it too? Can one affect the other world? Told from the point of view child, it is about the search for his elder brother in the slums of Mumbai. At the very beginning of the film, we are introduced to the world of little Mulla, the 13-year-old protagonist, his group of 2-3 close friends, and his little village surrounded by heaven-like Lakshadweep islands.

As we descend and look closer, we understand that the life of Mulla is not anywhere close to the beautiful coral islands, but on the contrary, he is on the verge of losing the only support system that he has – his relative’s ever-declining interest in taking care of him. Bullied at school for his looks, with no mother and father, his only hope is to find out his brother Akbar, who left their village when he was hardly 4 years old. Without even knowing how his brother looks like, he goes on a journey to find him in the slums of Mumbai. The only thing he has the phone number of a woman who may possibly tell him where his brother could be.

Check out the list of the Best Indian Movies of 2019

Mulla’s arrival in Mumbai and the scenes after the introduction of Nivin Pauly look very familiar and just when you think ‘I have seen it all’, Geethu Mohandas pulls her best trick and we are sucked into the world of Akbar, what made him leave the island and his only moment of opportunity to connect back with what was lost a long time ago. Akbar’s struggles with past, the need to forget, the impossibility of it, and the feeling of helplessness upon knowing what is knocking at his door is so poignantly enacted by Navin Pauly. The innocence of Mulla and his sheer positivity is the only breath of fresh air in the air-tight and tiny living spaces of brothels and slums of Mumbai. It also has some really powerful and endearing moments – one of my favourite scenes is when Mulla, riding pillion, allows rain to soak him forgetting the search for his brother momentarily.

Editing could have been slightly better at times and I personally felt it lacked another 10-15 mins additional footage towards the end, but undoubtedly it is one of the very best Indian films I have seen. Aided by fine performances from Shashank Arora, Roshan Mathew and Sobhita Dhulipala in supporting roles, the beautiful cinematography of Rajeev Ravi coupled with immersive background score by Sagar Desai and the realistic final moment of the film leaves you thinking if Mulla finally reached the home he was looking for, miles away from his native Lakshadweep. The world may have its ways to trap us, but there is always a moment of heaven waiting to suck us in, allowing us to feel it, even among the cramped spaces of brothels of Mumbai. You have a choice to be happy even when there seems to be none. It’s a movie about the journey of hope into the world of hopelessness and the final smile is proof of who wins it!

Raat Akeli Hai [2020] Netflix Review: A Whodunit Less Concerned With Who Did It.