It is one of the most beloved films of the French new wave. But why does The 400 Blows hold up so well? It’s clear why Breathless does – its fretful jump-cuts, Jean Seberg’s tomboyish look, and Jean-Paul Belmondo’s impish gangster make Jean-Luc Godard’s debut feel as fresh as it did back in 1959, but Francois Truffaut’s debut has different aims altogether. If Godard’s stylistic flexing was an act of defiance against the tired conventions of mainstream cinema, then Truffaut’s more understated film best illustrates what he envisioned as a critic for Cahiers du Cinema, where he asserted “the film of tomorrow will be an act of love.”

Such love is shown in the portrayal of the film’s 11-year-old protagonist Antoine Doinel (Jean-Pierre Léaud). Unlike other French films of the era, like The Little Rebels (1955), where adult stars would occasionally steal the limelight, the focus is always on Antoine. There is little plot to speak of; instead, Antoine’s daily difficulties both at home and at school are conveyed episodically and without dramatic embellishment. Antoine’s actions drive the narrative forward, no matter how childish or regrettable. In fact, the original French title roughly translates to ‘raising hell’, and most of Antoine’s turning points – his truancy, his stealing of a typewriter, his getting locked up in a reformatory – were derived from Truffaut’s own hellish adolescence.

And yet what’s surprising is, despite Truffaut’s closeness to the character, Antoine is not idealised in any way. Léaud brings an aloofness to Antoine which prevents his relative innocence from being underlined. In the scene where his mother attempts to bond with her son, he lays his head in his palm while glancing ruefully off-screen, listening to her prattle on with no more attentiveness towards her than towards his schoolteacher. If Antoine is inscrutable, it’s because he feels incapable of expressing himself. It’s only when he’s interviewed by a psychologist, in which Antoine’s hands scatter nervously across the table, he reveals some vulnerability. But even here his sheepish smile suggests he has something to hide. 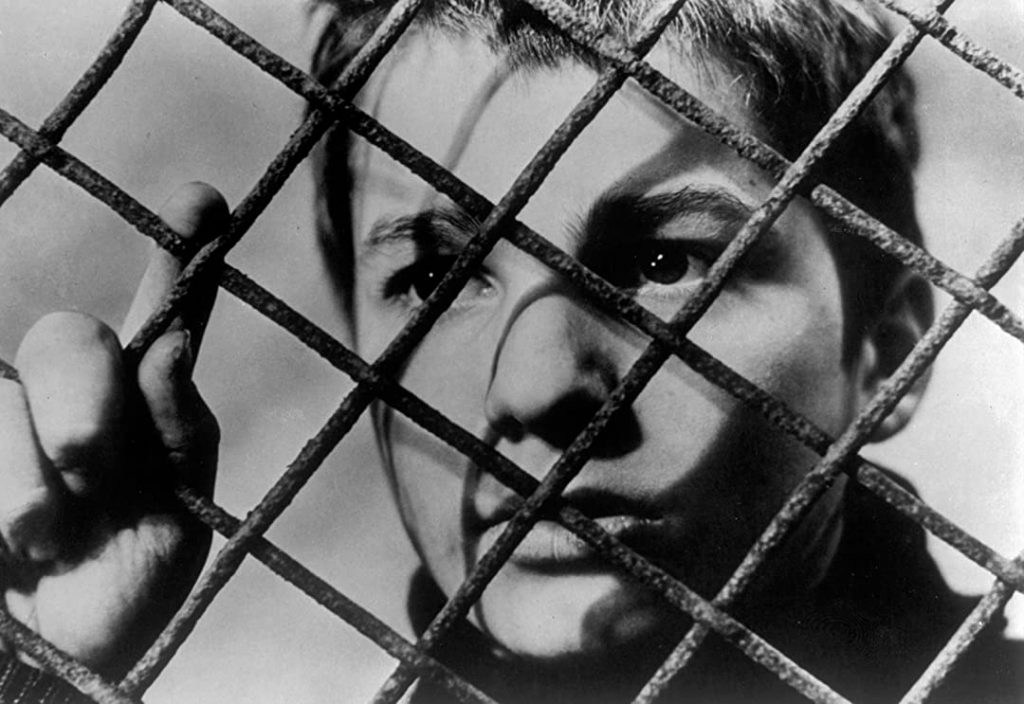 Godard and Jacques Rivette’s choppy editing is perhaps the new wave’s most beloved of innovations, but it’s worth remembering that Truffaut is an heir to neorealism and Jean Renoir. “I like people; I am interested in ideas and feelings,” Truffaut later said, which is why he depicts Antoine so well. Instead of compressing time, he loosens it, allowing Antoine’s story to unfurl with a naturalness which, in its own way, was just as inspiring to young cineastes. This approach – of showing characters and their surroundings with the precision of a painter, yet as responsive to their whims with the swiftness of a photojournalist – has since been assimilated by directors as diverse as Wim Wenders, Mike Leigh and Wes Anderson.

This Renoirian fidelity to the rhythms of life, whereby a sense of calm mingles with bursts of unexpected behaviour, is one of Truffaut’s strengths. Although he has spoken of creating a ‘cinema in the first person singular’, it’s notable how he extends his empathy and patience beyond the main character. An outstanding sequence is one where we watch an unnamed pupil try to write in his school notebook but is at the mercy of his leaky pen; he repeatedly tears out the blotched pages to start afresh until his notebook is left in tatters. It lasts two minutes, it doesn’t advance the plot, but it is shared with us as a moment of behaviourism to be celebrated for its own sake.

The final scene where Antoine runs away from the reformatory camp is The 400 Blows’ final moment of spontaneity and emotional release, but Antoine’s excitement dissipates when he reaches the shoreline and he realises he can run no further. He turns around, stares back at us in confusion, and the film freeze frames at his helpless glance. Antoine has not yet grown up or found closure; he is still the lost, inscrutable boy who is more alone than before. Truffaut suggests here that Antoine’s story is not over, but his world is widening into one of perpetual change and uncertainty; and hereafter the world of modern cinema will commence its own strange, exciting journey also.

Sivapuranam [2015] MUBI Review - A strange isolated world of a loner

Charlie Bennett is a missionary of cinema. He is from England and has written about everything from silent films to The Muppets. He also likes to refer to himself in third person. You can find him on Twitter @cbennett1989