Sivapuranam [2015] MUBI Review – A strange isolated world of a loner

Some films blow you away, they hold your attention from the first moment as moss holds unturned stones-these are supposedly good films. And then there are the bad ones – they are there to waste your time and make you question your judgment. Mostly our experiences encircle around these two but then once in a while we stumble upon the third kind-the the interesting kind- one which arises from the fissure of these two. This interesting kind leaves you with a sigh and a wrinkled forehead. This type makes you think and ponders over before pulling you towards a particular feeling. In India when the state support was still not a dead dream back in the ’70s, critics and sophisticated viewers started participating in this interesting kind. Well, like all the interesting things in life it too faded. The story of this kind could have ended but since the last decade in many small pockets of this country aided by private producers and sometimes foreign grants, we can notice a surge in the emancipation of this certain kind. Though it still struggles to come to the forefront yet one would say that this endangered species has certainly made its way to the sanctuary and survives in curated streaming services and film festivals. Sivapuranam (The Strange Case of Shiva) by Arun Karthick is such a film.

The story gyrates around a recluse young man Siva who has fallen for an accidentally taken image of a young girl. His rare interactions with society suggest a lot less of him than we need to know to survive the whole story. He works somewhere as a designer but we enter into his timeline at a certain point when he is in a break for ‘something private’. The journey of his ‘something private’ is all there is to the film. 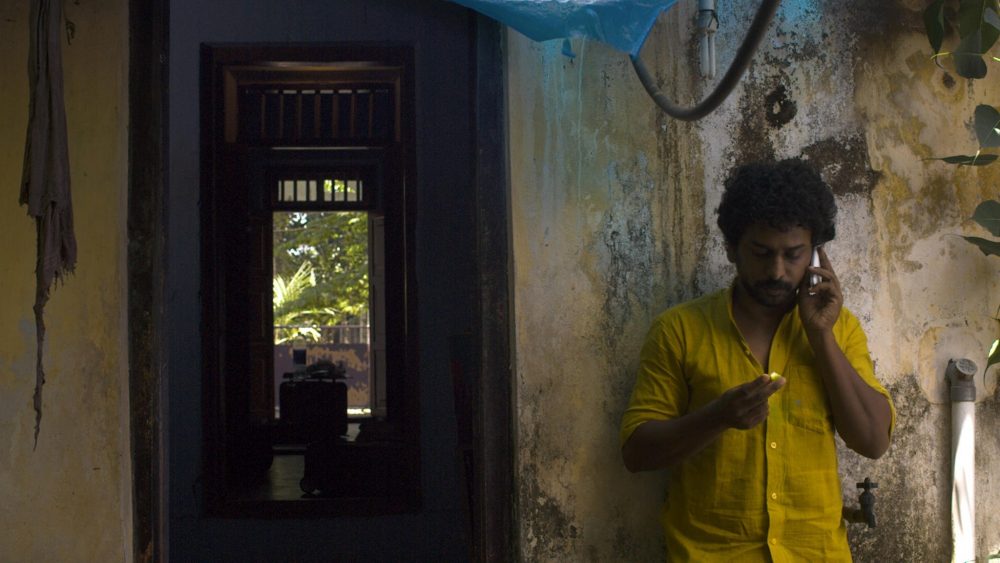 From the initial point, this film strikes a discordance with the existing peeping tom films because his ‘means of voyeurism’ gets better of his ‘act of voyeurism’. To be precise this young man is more infatuated with the digital image of the girl than the girl herself. The only time we see the girl we never see the protagonist stalking or following her, he takes her photograph and that’s it. But this is not to say that he morally qualifies to be a character like Filip Mosz from Kieslowski’s Camera Buff.  He is indeed a stalker. He remains throughout like that barring a few times when he takes his camera outside. In certain sections of the film, through the juxtaposition of certain images what director Arun Karthick really propels is the affinity of digital images that the protagonist carries within him.

Shiva’s triangular interactions with the projector and image prove a certain Wim Wenders very prophetic. Wenders spoke a great deal about digital photography and videography in his documentary Notebook on Cities and Clothes. In this documentary, an engaged ear will notice how Wenders’s voice sounds as he speaks of the future of the digital image one which lacks original identity. He spoke that when the film was in existence, we had a negative which was processed and thereafter we got a copy which was original. But in digital without the negative or positive there is nothing really original. Everything is a copy of another copy. In a thousand swarming copies it is impossible to tell the original. Arun Karthick’s imagery generates a certain sense of history. Here somewhere lies the prime anxiety of Siva. He transforms his ephemeral moments of intimacy from the real-life into much durable digital moments which are there to live. Looking from a hardcore screenplay point of view, the first inciting incident kicks in when almost half of the film has run its course; a family comes and settles in Siva’s adjacent room. His focus shifts from the earlier image to the new image. He tries to gain access to this lady who has come to stay there. And photographs him hideously.

A very curious moment comes up when we see Siva is making eye contact with the lady, they both smile at each other and then continue with their own lives. This sudden moment of recognition is cathartic. The chance of a probable relationship and change in Shiva lingers in the wind and then we see the downpour. The hope washes in the rain. Arun Karthick does not indulge us with the hope of a revival or any greener elevated pasture of morality. 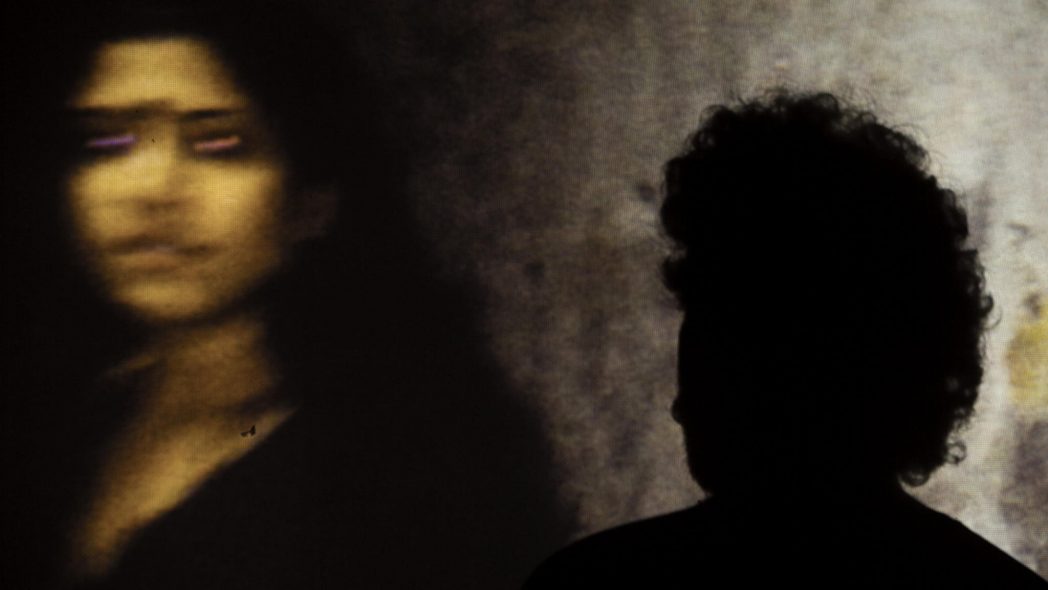 There is no credited music director for Sivapuranam. The track comprises mostly with songs from previous works. The choices reveal a very eclectic setting. From gospel music by Blind Willie Johnson to popular Ilaiyaraaja compositions, Sivapuranam has all in its array. Yet, in a florid whip pan at the very last section of the film, we see Siva drinking and listening to music with his friend. He listens to a rendition of ‘the dancing serpent’ written by French poet Charles Baudelaire and performed by Serge Gainsbourg. This section encapsulates the whole essence of the film, a closer look at the lyrics of ‘the dancing serpent’ reveals how a man is cherishing his association with his indolent lady love. On another note, the distorted guitar strumming by Arinjoy Sarcar is associated with movement in this film. Twice we hear the guitar tune and twice we encounter Siva riding his bike in rapid motion.

The minimalist way of film making where the camera is almost merely eavesdropping, it is hard to notice the camerawork. And yet what one regularly fails to understand that the success really lies there. Cinematographer Saumyananda Sahi moves his camera to the direction of the story. Through some jerky interjections and whip panning, he has really used his optical device as a pen. When the camera is inside the house the framing is always conscious about the reproduced digital image and Siva. And when it is out in nature it posits Siva in a way that he seems small. The dichotomy lies within.

The editing structure which has been cultivated by veteran Arghya Basu has a tendency to juxtapose and break the continuity.  The juxtaposition and bringing the two images to the brink of overlapping and sometimes making the frame look like a split image works within editing’s formal investigations with the content. But the sudden jerks and discontinuity make the image look somewhat uncared for.

Whatever little contact Siva has with the outside world does not really come from the visual information of the film, the aural elements worked well to give us a clear picture of his surroundings. The off-screen space has been nurtured well by designer Ananda Gupta. His immaculate design goes in accordance with Siva’s detachment with the outside world.

Sivapuranam presents us with a strange isolated world of a loner and his fetish without any moral compass. In the hullabaloo of popular fictions, we are often neglecting these small pieces arising in small pockets of our country. We need to have a good look at them.

Sivapuranam is now streaming on Mubi

Sivapuranam [2015] MUBI Review – A strange isolated world of a loner