The strength of Hailee Steinfeld’s performance in "Edge of Seventeen" is that she doesn’t turn Nadine into a representation of a wider demographic. She just becomes this individual and effortlessly conveys what the girl feels. She makes you wanna grab her by the shoulders and shake some sense into her and also want to pat her on the head to say ‘it’s gonna get better’. Hailee makes Nadine a human with all the messy parts. 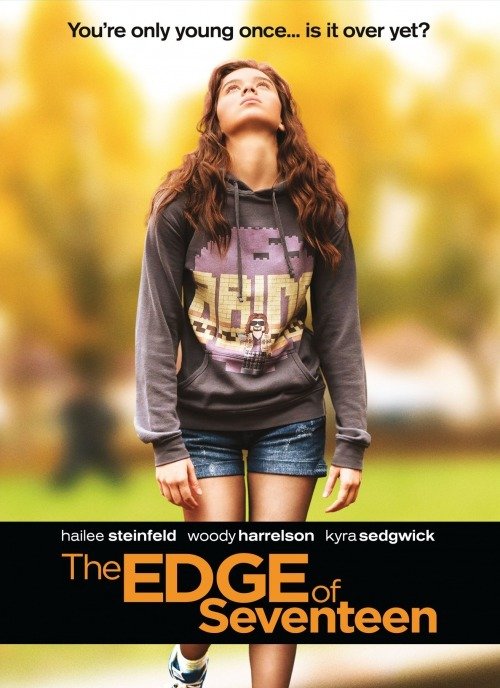 Director John Hughes’ quirky, yet grounded comedic spirit could be found in Kelly Fremon Craig’s feature-film debut The Edge of Seventeen (2016). In some ways, Kelly’s low-budget dramedy also subverts the conventions of a Hughes’ movie. Of course, The Edge of Seventeen is about a emotionally bewildered teen who at the end of the film mends her friendship, gains a potential romantic interest, and learns some vital life lessons. But at the same time an emotional sensitivity is ingrained in the proceedings, which you’d usually find in profoundly meditative indie coming-of-age dramas. There aren’t any aesthetic innovations or an unexpected narrative arc in Kelly’s movie. Yet, you feel like watching an authentic person who isn’t always likeable and whose adolescent concerns, we are thoroughly invested in. Moreover, it’s hard to say ‘no’ to the charismatic lead performance of Hailee Steinfeld, who effortlessly embodies the abrasive as well as vulnerable teen protagonist.

The Edge of Seventeen moves like a bundle of energy in the opening sequence. In the series of shots, nervous 17 year old Nadine (Hailee Steinfeld) is followed from her car to the high school corridor to the classroom desk of history teacher Mr. Bruner (Woody Harrelson). Nadine perches behind a student’s desk in an otherwise empty classroom and loudly tells her intention to kill herself. The performers’ blitheness in the scene overpowers the grim nature of the confession. Then the narrative switches to a voice-over and a flashback to explain Nadine’s backstory. She starts with a very familiar, yet funny line to explain ‘the two types of people in the world’. Nadine’s brother Darian (Blake Jenner) belongs to one type – a good-looking socialite who is looked up by mom (Kydra Sedgwick) and friends as if there is a halo above his head. Nadine obviously belongs to the other type — isolated girl with a bit of dark edge and only clings on to the loving father (Eric Keenleyside) and best friend (Haley Lu Richardson).

Nadine’s father dies when she is 13 years old. Trauma has cut her deep, but the problems manifests only four years later. The 17 year old Nadine is more isolated, awkward, morose and feels that she is the wronged one. Nadine is unhappy about her equally-awkward mom whom she thinks has always taken her brother’s side. Darian with his perfect jawline is more popular than ever. One of Nadine’s favorite pastimes is to interrupt history teacher Mr. Bruner. She is a thorn stuck on his head, but he is an experienced who knows how to deal with such thorns. Thankfully, Nadine has the ‘normal’ friend Krista whose closeness has soothed some of Nadine’s emotional scars. The girl’s softer side vies for the gaze of Nick (Alexander Calvert), a bad boy with the rebellious looks of James Dean. He works at Petland and Nadine wonders how ‘spiritual’ it would be to do it with him in front of all the tropical fish. Soon, the little threads Nadine hangs on to from going frenetic disentangles. Krista starts dating Darian and soon becomes a part of his social circle. There’s some comfort in forging friendship with an adorably-awkward classmate Erwin (Hayden Szeto). But, still Nadine is terrified of a uncertain future so that she lashes out on everyone. 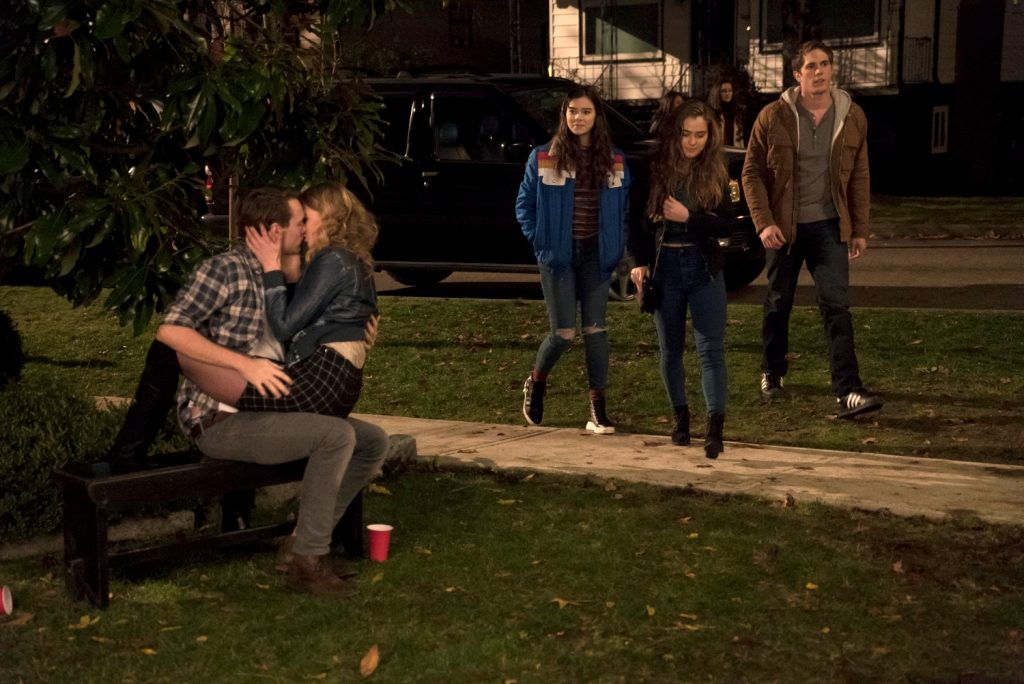 Kelly Fremon Craig’s sharp characterization saves the narrative from falling into some of the narrative pitfalls. At once, she is able to make us see Nadine’s delicate side and also calls down on her acerbic manner. In a couple of scenes that unfurls in a restroom, Nadine says to herself to not be awkward and relax. At those moments, we can really empathize with her. However, when she goes into full-scale frenzied behavior, the characters around Nadine perfectly rebuke her statement. In such instances, Kelly is okay with viewers not siding with the protagonist. While teen movies tend to overly celebrate the ‘outcast’ status, Kelly perfectly zeroes-in on the point that Nadine wears the outcast label to hide her inexcusable, harsh treatment of others. It isn’t also shown that the supporting characters are emotionally distant, self-centered creatures. Darian and mom happen to be more humane than the stereotypical depictions of Nadine. But no one sees through Nadine’s nonsensical behavior better than Mr. Bruner. Woody Harrelson with his brilliant understated performance impeccably balances the compassion and the casual indifference that accompanies an experienced teacher. We expect him to be the Robin Williams-type teacher, hoping that he will bestow some pearls of wisdom on Nadine (which will drastically change her perspective on life). Not only he shies away from doing that, he also doesn’t condemn the girl’s behavior. When she says she is gonna commit suicide, he provides a fitting reply. He knows what to do with preposterous conduct: to ignore. However, Mr. Bruner exudes benevolence through his thick, outer shell. It’s what makes Nadine to somehow rely on him at worst times.

The characters are familiar archetypes. What makes them fresh is the way writer/director Kelly breathes life into them. For example, take Hayden Szeto’s Erwin. He is the nerdy teen. He is of Korean descent and so he could be a comic side-kick. But, an emotional sensitivity is breathed into this well-worn archetype. Erwin happens to be more than a straight-arrow person. His awkward attempts to break Nadine out of the vicious cycle are a delight to watch. Nick is also confirms to a type, but the strength of writing and performance transcends the character. And, the dialogues just remain on the ‘super-cool’ territory. When Nadine rants about the millennial generation and proudly claims herself as the ‘old soul’, Bruner nonchalantly replies, ‘May be no one likes you’. At another point, Mr. Bruner says, “You’ve had brain surgery” after waking Nadine from sleep on her desk, “to make you pleasant and agreeable”. 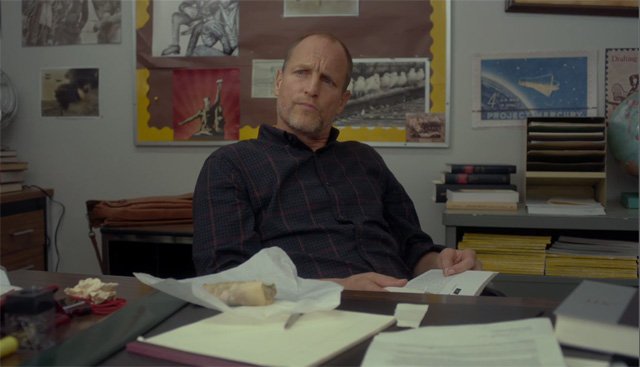 Apart from the wisecracking conversations, the dialogues in the third-act familial conversations (between Darian and Nadine) are shrewd and memorable. As I mentioned earlier, formally the film doesn’t come nowhere close to the rich, aesthetic sense of Richard Ayoade’s Submarine or the phenomenal debut feature Closet Monster (both more low-key and sharply subjective tales of isolated teenagers). The subtle visual jokes and a toned-down color scheme stays closer to John Hughes’ works. Director Kelly, of course, gets top-class performances from her actors and elevates some of the simple, on-screen emotional moments. What I particularly liked is the scene towards the end, when panicked mom wakes up, finds her daughter’s empty bed and calls her. The daughter in a movie-screening messages ‘I am safe’. Kydra Sedgwick who plays the mom is astounding in this scene. She types a long message, erases it, pauses and then sends a simple ‘ok’. It’s a very beautiful, evocative moment since at last the parent comes to fully understand the role she has to play from now on in her daughter’s life.  The strength of Hailee Steinfeld’s performance is that she doesn’t turn Nadine into a representation of a wider demographic. She just becomes this individual and effortlessly conveys what the girl feels. She makes you wanna grab her by the shoulders and shake some sense into her and also want to pat her on the head to say ‘it’s gonna get better’. Hailee makes Nadine a human with all the messy parts.

The Edge of Seventeen (105 minutes) although adds nothing new to the coming-of-age sub-genre, happens to deliver an immensely charming as well as poignant movie experience. Debutant director Kelly Fremon Craig instills a fresh perspective despite treading on a familiar storytelling mode.

A Monster Calls [2016] : An endearing tale of acceptance