Why do we cling on to fairytales even though we know the outcome? It’s only going to end well, we suppose. A Monster Calls, however, uses its fantastical elements to tell stories within stories. Stories which seem like fairy tales but are much more grounded in reality than the kid in you can handle.

Conor (Lewis MacDougall) is a troubled teenager. His life is full of anger, frustration, and sadness. While he is dealing with his terminally ill mother and a father who is not around anymore, he is also constantly bullied at school for being the quiet kid who is slowly accepting his unwanted isolation. To top things off, he is going to be forced to live with his grandmother, which is the last thing he wants in life. 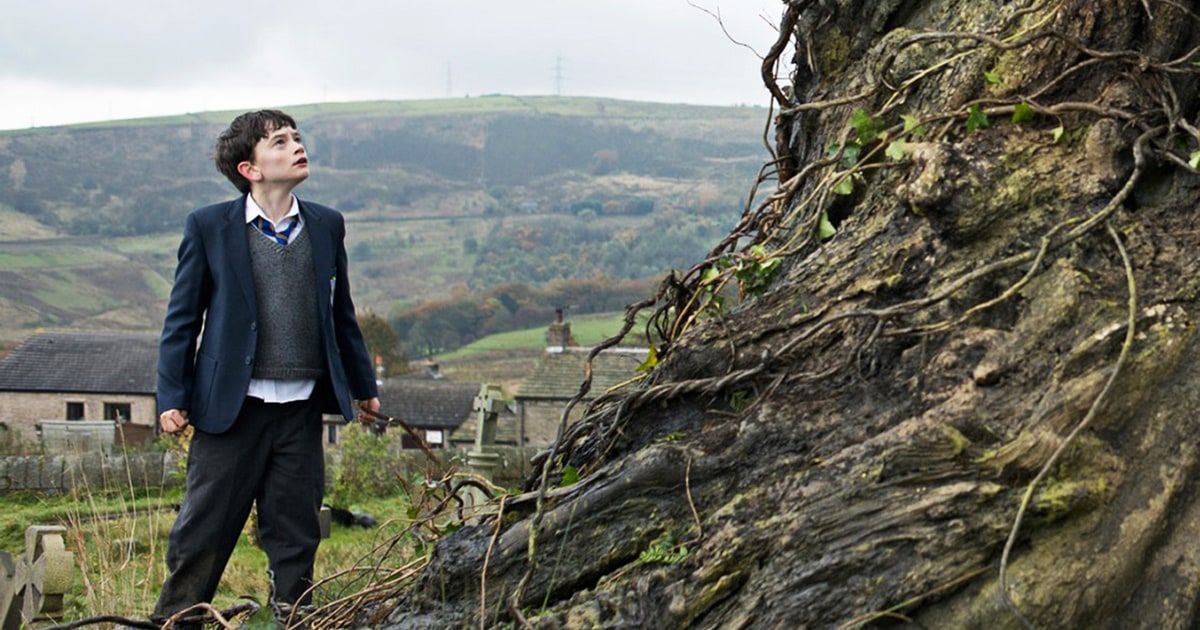 Conor is living in a sense of fear. Fear that he truly understands but isn’t ready to accept. His dreams have dried up and all he can ever see is a bleak, dark and destructive nightmare. He draws on his canvas to vent his frustrations but it’s not enough to fight the demons that live in his head. One night, Conor wakes up to the clock hitting 12:07 and his life turns into complete wrecking havoc as a tree monster forces him to listen to his stories.

J.A. Bayona’s A Monster Calls doesn’t bring anything new to the coming-of-age genre. It does feature bullying, isolation, grief and the fear of growing out of the things that belong to you. But the way he mixes his fictitious stories (which are rather dark for being a kid’s tale) with real-life stakes of letting go and acceptance is what makes it work. J.A Bayona has a great, imaginative and inventive eye of putting the monsters do all the talking. His central idea is to face the realities that our nightmares force us to believe.

With visual references to the films of Guillermo del Toro (who was also the producer of Bayona’s first film ‘The Orphanage’), A Monster Calls features monsters that in spite of being overly dramatic at times, pave way for life changing and life affirming lessons that every kid and every adult needs to know. It also tells the fact that, we all know what we lack in our lives and we also know what can heal it.

A Monster Calls is an endearing, touching and beautiful tale of accepting one’s reality and understanding the fantasy. It’s a film that wants you to tackle your nightmares and to destroy or embrace them whenever necessary. It touches all possible human emotions without being too preachy about them.