There are plenty of concert films, docu-portraits of musicians, and fly-on-the-wall concert tour chronicles. Seen through perfectly assembled archival footage, music documentaries don’t just explore a band’s hypnotic power, but also possess the ability to capture an era’s cultural trends and experience. Kandis is a popular and best-selling Danish band, spearheaded by lead singer and guitarist Johnny Hansen. But Jesper Dalgaard’s Kandis for Life (‘Kandis for livet’, 2021) is not that kind of music documentary that alternates between performances, fan reactions, autographs, and concert ambiance. It’s rather a very unique and surprisingly earnest portrait of fan culture, i.e., the natives of Kandis-World.

“They are better than psychologists”, croons a Kandis fan earlier in the documentary. We might have never heard of Kandis or Johnny Hansen. However, the idea of a person finding a deep emotional connection with an artist and his creation is somewhat familiar to us. But still, it’s challenging to completely keep out the voyeuristic, judgmental gaze in a portrait of fan culture. In this regard, Delgaard’s documentary is thoroughly engrossing as it acutely examines the different, complex emotions of this group of individuals. To elaborate on that, they are not solely defined by their Kandis-Johnny fandom identity. But Delgaard utilizes that as an entry point to authentically look at their lives. 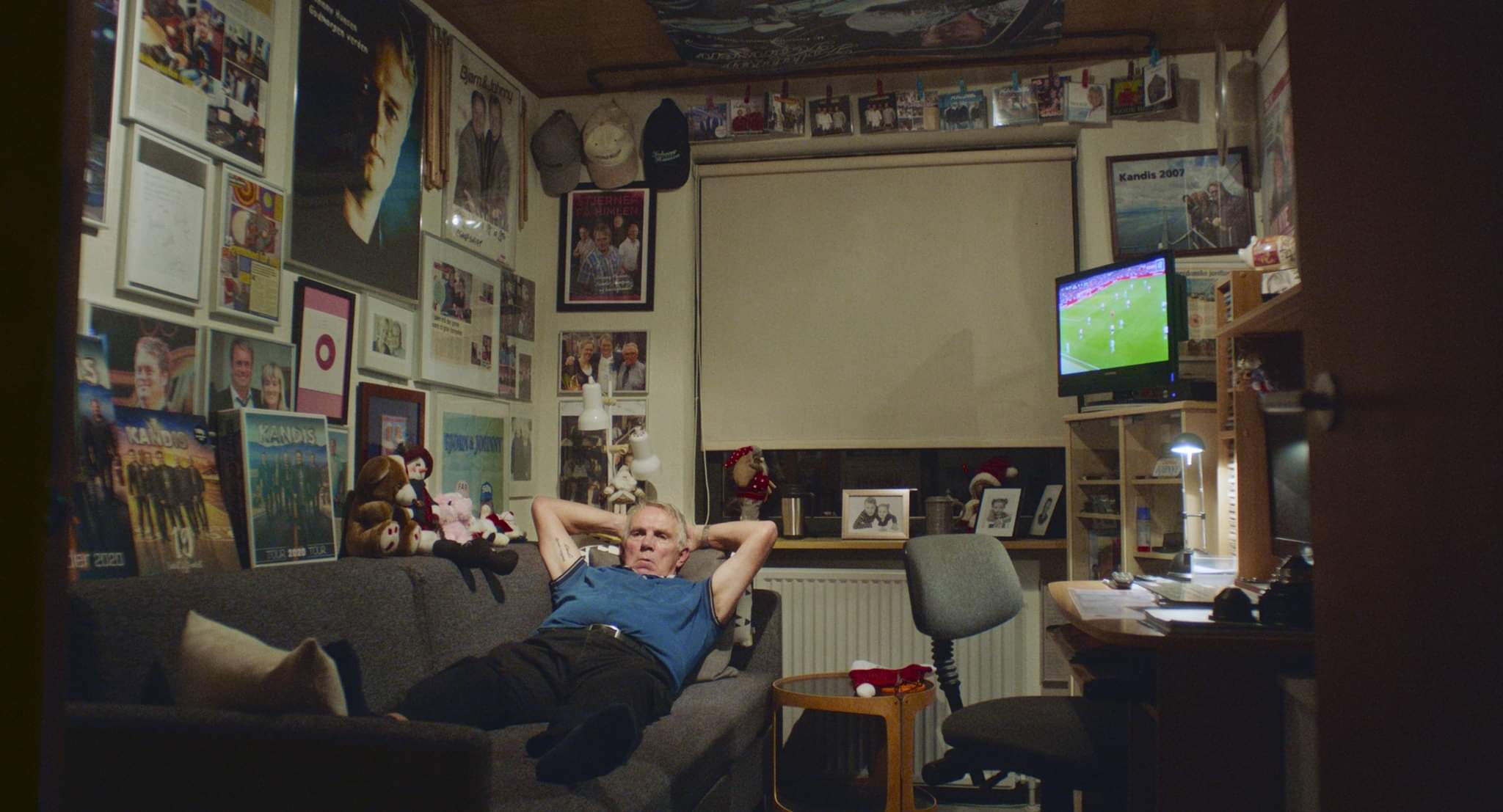 The types of fans we encounter in Kandis for Life are not the ones, who show casual or intermediate enjoyment over Kandis-Johnny songs. These fans deeply identify with their idol, particularly with his personal tragedy and pain; love that sometimes borders on obsession; and most importantly they are happy to dedicate a lot of energy and money in their pursuit.  Some might argue there’s strength and a sense of belonging in the community. That fandom promises connection. Others might point out the toxicity of celebrity adulation, and its adverse impact on one’s emotional state. The marginalized, painfully lonely, and middle-aged or elderly fans of Kandis-Johnny belong to both these spectrums.

Related to Kandis for Life: Roots [2021]: ‘KVIFF’ Review – A Distinctively Minimalist Portrait of Landscape and its People

The three elderly brothers who walk in line holding onto each other are the quietest and most modest fans of Johnny. Lanky and shy young man Jonas speaks of how Johnny’s concerts saved his teenage self and how he was rescued from depression and suicidal thoughts, right after losing his dad. Jonas’ mother heads the Kandis Fan Club, and they feel at home in the carnivalesque atmosphere of Kandis concerts. Susan, a middle-aged woman, and Henning, an elderly man are a bit burdened by their unrequited love for Johnny. They are aware of the ‘boundaries’ they have crossed. The former has even written a ‘spicy’ novel about Johnny.

A car idling in the woods, a pipe leading from the exhaust into the inside of the car, the smoke, and a ‘pensive-face’ bulldog. This was the achingly melancholic recreation of a moment in a fan’s life who attempted suicide after choosing Johnny’s “Heaven Hotel” as his parting song. But his dog and Johnny’s voice changed his decision. This man named Rene Widding, who has spent time in prison, has eventually redeemed himself. And when Johnny Hansen himself sings “Heaven Hotel” at the man’s wedding, we deeply feel the bittersweet that’s affecting Rene. Such moments are a takeaway from Delgaard’s compassionate gaze. Furthermore, in the case of Jonas and Rene Wedding, we comprehend the healing power of music and musician.

Middle-aged Soren Strom finds solace in Kandis-Johnny songs and in his beloved dog-companion, Mikkel. All these individuals maintain a healthy perspective and engage themselves in other responsibilities and activities. Nevertheless, Delgaard doesn’t strive for a simplistic narrative of hope while unwittingly lionizing Johnny Hansen. This is a tender yet unsentimental look at their troubled and solitary lives.  In the comfort of music, memorabilia, and tattoos of their hero, they find a companion. To these admirers of Kandis-Johnny, he is some kind of antidote to the cynicism and alienation largely prevalent in our modern existence.  But, of course, there’s no permanent cure; maybe nothing can offer that. On the other hand, the intense love for an idol can become a burden in itself rather than being means of liberation. 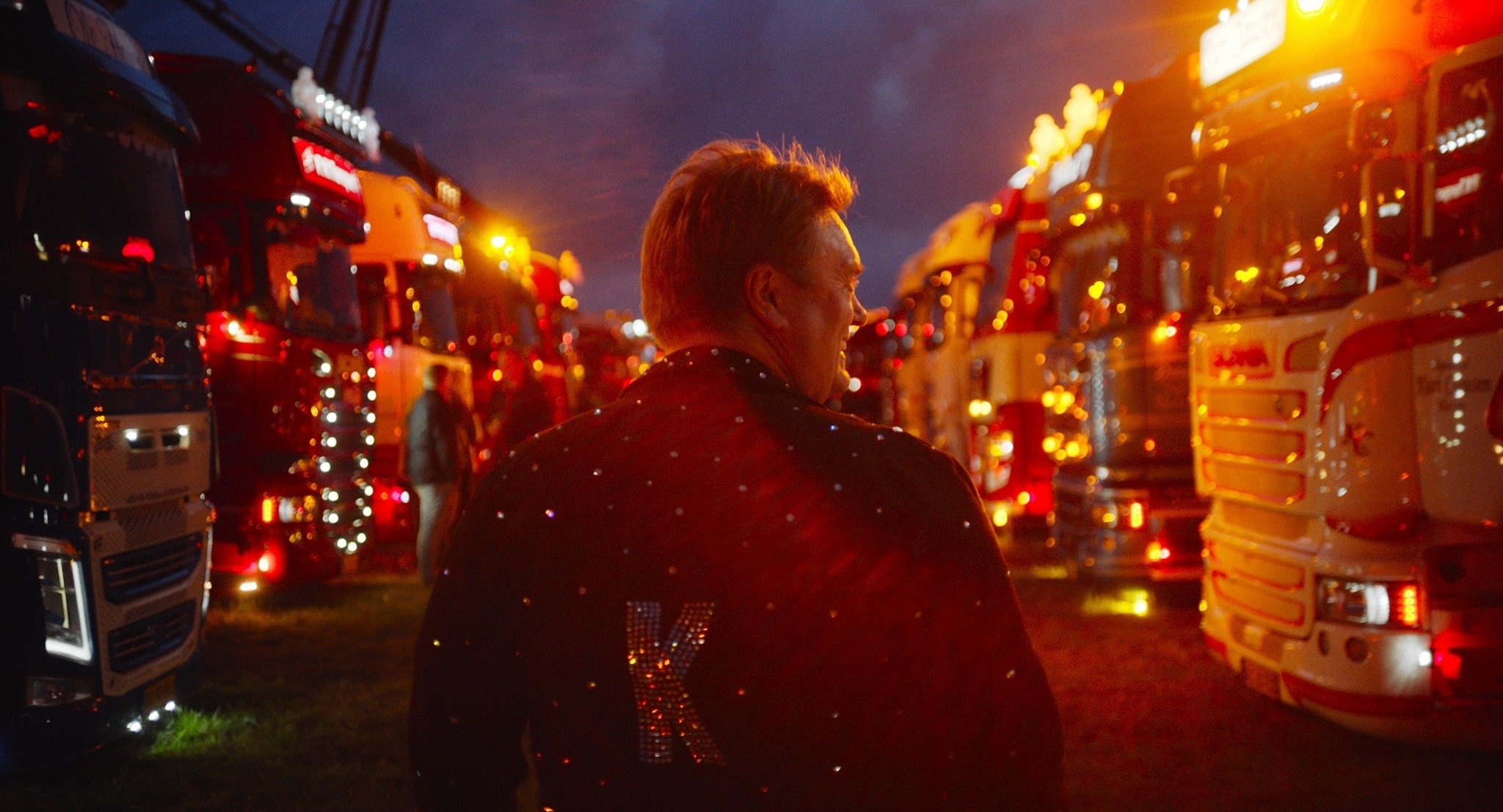 Of course, Kandis for Life can’t come across as a well-rounded documentary without looking at Johnny Hansen himself. The tragedy in Johnny’s life – which deepened his fans’ bond with him – happened in December 2008. His wife Helle took her own life. Johnny is candid about the pain he and his daughters endured (or continue to endure) in the aftermath of their loss. Johnny declares that he is still ‘very angry with Helle’. Learning about this personal account in Johnny’s life and then hearing some of his songs, I can understand how the lyrics of his otherwise simple songs have a tremendous impact on his followers. It’s almost as if in the shared grief and pain, they all come together. In fact, it is fascinating to perceive an entertainer as a savior from our personal agony. Moreover, Johnny’s humble exterior naturally draws the attention of the fans.

How does it all affect Johnny himself? As the priest tells Johnny at one point, “people don’t just want Kandis-Johnny but the real Johnny too.” Interestingly, in Delgaard’s observational gaze I somehow found Johnny as the one who keeps his guards up, which is a contrast to his fans’ honest expression of emotions. Delgaard at times views Johnny through other cameras, i.e., when he is preparing for an interview or when he participates in a photoshoot with his new wife. Maybe, despite his humble nature and candid commentary on certain aspects of his life, Johnny can’t afford the luxury of total honesty.

Overall, Kandis for Life (93 minutes) is a surprisingly thought-provoking and layered study of fan culture. It reminded me of Errol Morris’ Gates of Heaven (1978). Not that these documentaries share something similar. On the outset, Gates of Heaven is a portrait of two pet cemeteries. However, it transcends the subject matter and deals with unexpectedly profound existential questions. Jesper Delgaard, more or less, does the same.