Home»Reviews»Film Festivals»I Didn’t See You There [2022]: ‘Sundance’ Review – POV: To Be Stared At And Not Be Seen
Film Festivals/Reviews/Sundance Film Festival

The subheader I have chosen for this piece is a quote from this documentary. A simple-looking quote that stunned my senses with its profundity and critical undertone. Reid Davenport’s I Didn’t See You There (2022) is a personal document but not ordinarily so. Every story bears its own originality. However, Reid comes with an original perspective. Reid is a filmmaker who utilizes a wheelchair behind the camera and captures the world as he sees it without any aestheticization or polish.

The most important aspect of the documentary is the point of view. Aligned at the vertical height of the filmmaker, and moving in tandem with his mobility, I Didn’t See You There paints a strong political portrait of the society that systematically isolates those who are physically disabled, brands them in accordance with its conventions, exploits them for its benefit and later appropriates them with political correctness but without subverting any institutional design that aggravates their disability.

I would not try to claim that I am able to see things from Reid’s perspective. His experience is not mine, and it would be disingenuous of me to say that I understand. What I do understand, however, is my privilege. The comfortable position soothes my effort in society and makes me ignorant by default to the struggles of others. But this is not merely about my lack of actions or the nonrecognition of my privilege.

It is also about the sense of pity with which I and the likes of me function once we are confronted. The overbearing compulsion people, in general, have to “help” those who have a disability even when not asked for it. And in the majority of situations, it comes from a place of genuine concern but the act itself carries the potential to hurt the dignity and/or invade the privacy of the disabled individual. In other cases, their autonomy is appropriated by political correctness when terms are assigned to render a cosmetic appeal to their struggle. 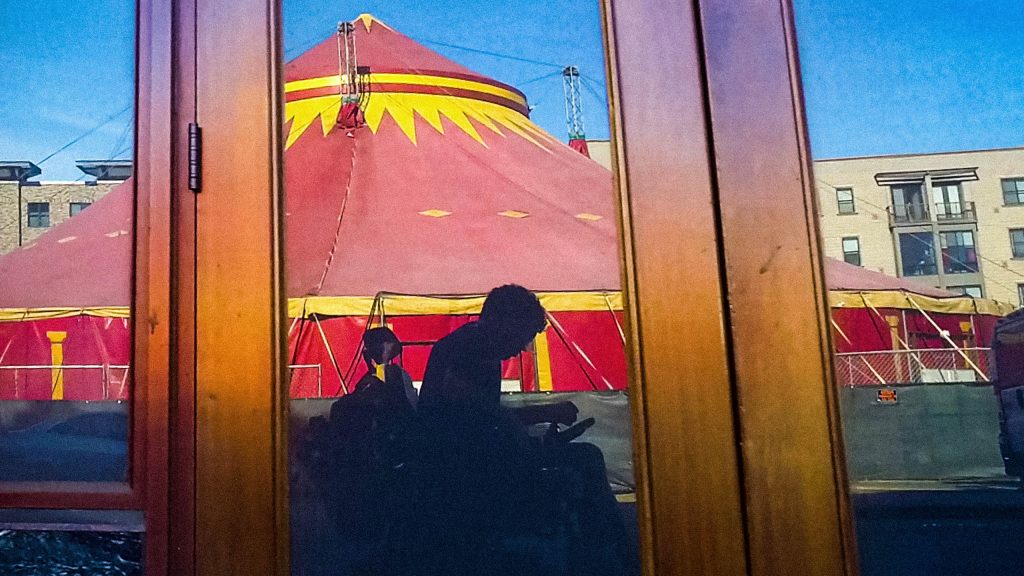 In the documentary, we find multiple instances from the daily life of Reid that expose the problems he has to strive through and the violation of privacy he has to experience, which are neverending phenomena. The seemingly harmless encounters also become burdening because it is tiresome to be seen as a subject of inspiration, or sympathy. Additionally, it is all the more disheartening to be ignored.

In a long take of free movement, an ephemeral liberation is suggested from a community that is in constant flux. Reid has chosen to live independently in an urban locality that has disabled-friendly architecture. Yet, he exposes that no environment can be friendly in an absolute manner. The problem lies in the planning structures that fail to consider all population subgroups and in the people who come together to form a community with a heterogeneous identity and yet fail to recognize the inherent heterogeneity of their community.

Reid’s present struggle is a virtue of his existence. Along with the present, he is in a struggle to reconcile with a history that is cruel but has been whitewashed to further propaganda of idolizing a nation, a society, and its tenets. Take US history, for example. The US is a country built on violence and genocide. It is an imperial power and a major destructive force to the future. The wealth on which the US founded itself was looted and/or appropriated.

Moving on from its economic development to its cultural development, we find that the recreational activities that are now a part of the culture have a violent story of origin, and if not that then a root of rebellion against oppression. Reid focuses on the great circus and presents a political outlook on the cost of entertainment and the illusion of emancipation. His narrative suggests that the struggle for identity is perennial, and it morphs itself to the changing conventions and attitudes of society but never withers away. The conclusion is haunting because if a conflict hasn’t been resolved, but has accommodated itself to changing tides, it means that we all are caught in purgatory. But tragically, the degree of suffocation felt by people is disproportionate.

Reid Davenport’s documentary could turn out to be the most important thing you will see this year, if not the greatest. The organicity of I Didn’t See You There (2022) makes its politics relevant and ignites introspection. In addition to all the merits, it also proves why the appropriation of pedestals is dangerous to stories and why representation is urgently needed. Because no one else could have made I Didn’t See You There if not for Reid Davenport.