Ekwa Msangi’s latest feature film Farewell Amor follows a single moment of time, three times, but each time it does so, the mood is different, and so is the tone. A man is waiting to receive his family at the airport in New York. This moment would indicate a heart-melting joy, a warmth as the family embraces after a long period. Or it might evoke tension, the sexual tension of husband and wife, something that causes a separated daughter to have a hard time accepting this almost new person as her father.

Most dysfunctional family dramas of this kind require to focus on a world turning upside down. After all, that’s where the family film becomes a family drama – most of such films focus on the ‘how’ and ‘why’ of stories involving what led to the melodrama- Msangi, however, prefers to examine the aftermath of this inversion of a humble world that we like to call home.

And fortunately, the narrative form she chooses manages to live up to the challenge of building this family drama- resolved conflicts and cautiously put dialogue make it a little too mainstream for a perfectly dysfunctional family film, and thus it remains short of that, but Farewell Amor’s convoluted story is complemented by a mostly charming screenplay and a running time that very much helps setting up the mood of the film. The film runs almost two hours, but it is not necessarily felt because the film doesn’t waste its time on a singular viewpoint- the focus frequently shifts. Perhaps its too condensed to just show it through a standard name-tag on the screen, but it works almost in entirety in this film, because in a true indie fashion, the editors Jeanne Applegate and Justin Chan, chop it up in such a way that that the ‘repetitiveness’ is hardly felt anywhere. 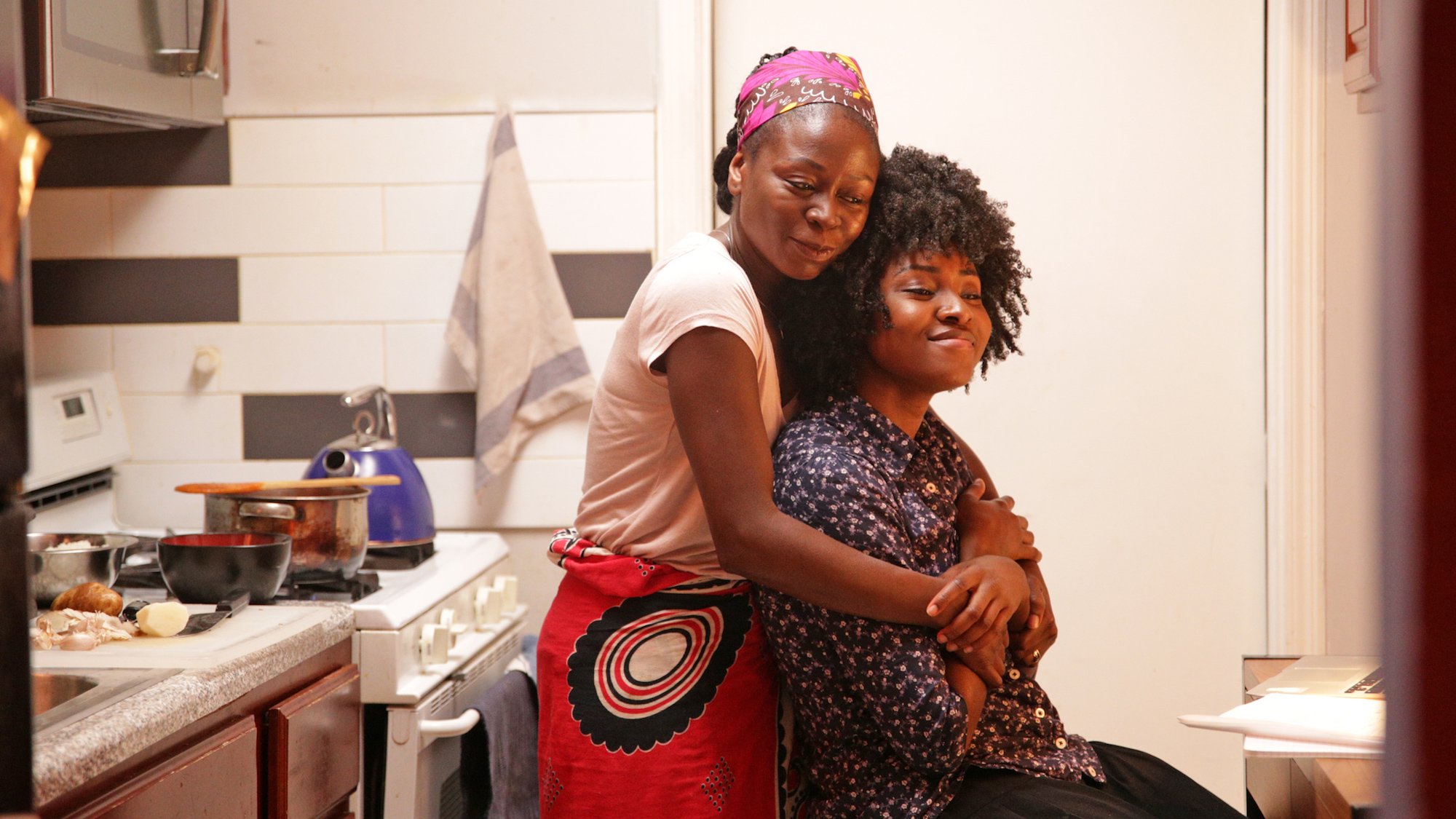 The narrative in Farewell Amor follows Walter, an Angolan man who reunites with his wife Esther and daughter Sylvia after seventeen years in exile due to the Angolan Civil War. A weak thread of relationship somehow manages to keep them tied together, with Walter constantly troubled by the fact that his wife never cheated on him, while he was in a relationship with a nurse, Linda, albeit they got separated before this reunion of the family. The film then explores the struggle of Esther to find her hold and comfort in a new, larger city, and to protect her daughter from its various vices. Amid that, it also follows Walter, who gradually tries to come to terms with the almost new familial ties, and finding a common love for dance with his uncomfortable daughter Sylvia.

The highlight of Farewell Amor is the various themes it brings out through the story of this Angolan immigrant family. At times, it does take to some preaching while conveying its cinematic expression, but just like the father, mother, and daughter in the film, the film allows the viewer to take his sweet time and find ground with each character. The film repeatedly returns to the airport reunion scene of the beginning and follows the life of Walter, Esther, and Sylvia and through these scenes, taking notes of their expression and feeling coming out of the circumstances. Each of them has been designed like a trilogy that repeats the same plot with its three characters.

SIMILAR TO FAREWELL AMOR: THE FAREWELL [2019] REVIEW: A COMFORTING CINEMA WITH A HARSH TANG

While your choice might differ from mine, I loved Esther’s perspective the most. Through her story, Ekwa truly weaves a warm fiction of motherhood. Through her tale, you could clearly make out what makes her so deeply religious and such an ardent Christianity believer. You could sense her fears, that go beyond her husband cheating on her. Also, I liked the way the director explored Sylvia’s point of view, because we get an almost real insight into a girl on the brink of womanhood, trying to make sense of this new world around her.

The feel-goodness of Farewell Amor isn’t as obvious as it seems- the light, lovely cinematography by Bruce Francis Cole represents the film with its various shades of neons, yellows, and pinks, but the film comes with its dark edge- the minority struggle of an Angolan black family in a city of America is evident through the dialogue, which is both appreciable and terrific. The racial minority’s representation in the cinema this year is applause-worthy, which includes Msangi’s commendable effort to highlight the same here as well. 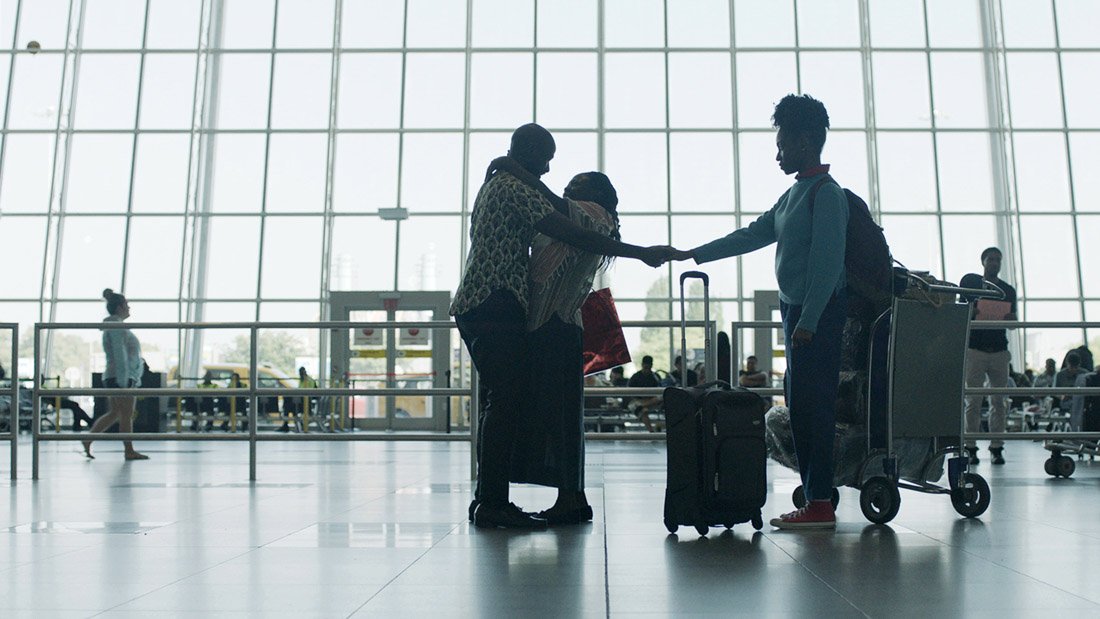 The performances in Farewell Amor are simply wonderful. Ntare Mwine reveals the failures, dishonesty, and vulnerabilities of Walter quite entertainingly. The film finds its true delight when we learn that Sylvia has acquired her love for dance from her father, and it wouldn’t have been half as persuasive if it was not for Mwine’s fantastic turn. The deeply religious and believer mother of Esther is a force to reckon with despite the sugar-rush, mainstream way she has been written, to the credit of Zainab Jah and her expertly inculcated charm to a graceful character, with the much-needed sympathy.

However, the best performance of Farewell Amor undoubtedly belongs to none other than Jayme Lawson. She has managed to surpass Sydney Flanigan’s terrific debut turn from Never Rarely Sometimes Always to be my favorite performance from a debut actor this year. Her delivery is not just forceful and confident but also extremely special because there’s a lot of warmth and personality to Sylvia. So much so that you can’t imagine anyone other than her to come to inhabit the character.

Watch her in the film’s best scene – the one that comes in the very end- in which Sylvia enters the arena for a dance-off. The movement of her hands and hips isn’t just sensational, but in a way, it also tilts the film’s strengths. There’s so much feeling to these moves- she is living her passions for the very first time, away from the clutches of the religious convention, and for the first time, she is living for her father. This is one hell of a plethora of diverse emotions, and the electrifying style in which it is presented does stand out in a very specific manner.

Farewell Amor does have its set of problems- the film doesn’t have a particularly moving scene that stands out. Quite often, the film crosses the line of sentimentality. As a result, some scenes turn out to be extremely manipulative and inanimate. Also, I don’t think the film will be one of my most memorable experiences on film this year- and yet, the empathy, the gentle, almost-Koreeda touches to the filmmaking, and its mesmerizing performances, draw you into its world, quite distinctly. And for that, Farewell Amor is worth giving a try.

Mank [2020] Netflix Review: An Obsessive Cocktail of Creativity and Politics