“Once you overcome the one-inch tall barrier of subtitles, you will be introduced to so many more amazing films”, said the acclaimed South Korean director Bong Joon-ho. So when it comes to family movies why limit ourselves to the traditional Disney fares and other nauseatingly popular ones? While there are plenty of shows to stream than ever, why not nudge our family members, if they are undaunted by subtitles, to open themselves to new worlds and cultures? The intention of this list is to invite your family for a virtual cross-cultural journey, to take them an emotional rollercoaster, and to show how movies can be truly entertaining without often being overly melodramatic. As for the criteria for the line-up of these beautifully crafted films, I’d have to say that the choices are intensely subjective. 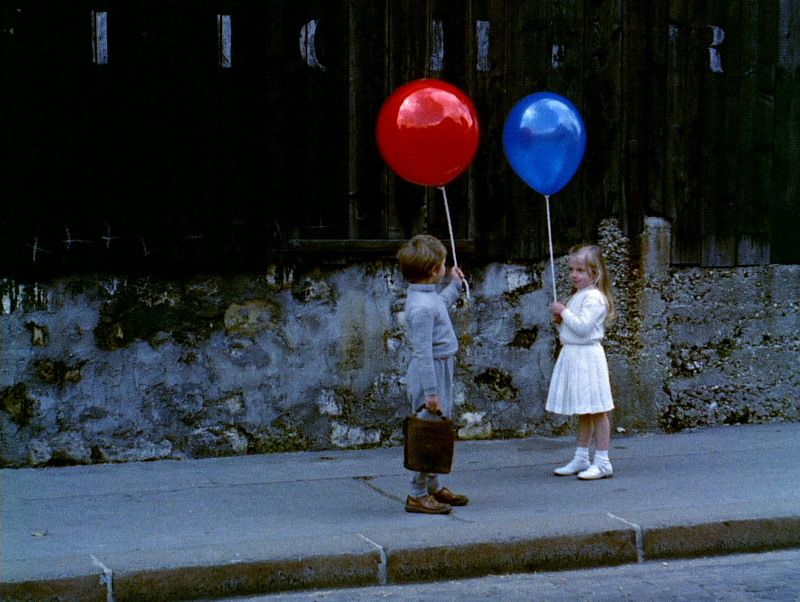 Albert Lamorisse’s almost wordless 36-minute fun exercise for the family is aimed at children and the inner-child within us. Winner of the short film Palme d’Or, the beautiful fable revolves around Pascal, a wee Parisian grade-schooler (Pascal Lamorisse – Albert’s son) who frees a balloon which he finds tied to a lamppost. The red balloon filled with gratitude follows him around. Lamorisse’s expertly shot (in Technicolor) whimsical tale unfolds in the slanting alleyways and maze-like blue-grey surroundings of Paris.

The Red Balloon (Le Ballon Rouge) is a distinct artistic expression of a lonely childhood in a world that punctures dreams. Its slender subtext, however, is gracefully packaged with increasingly delightful visuals, courtesy of Lamorisse’s boundless imagination.

Related to World Cinema Family Movies: 25 Feel-Good Movies and where to Watch them during self-quarantine 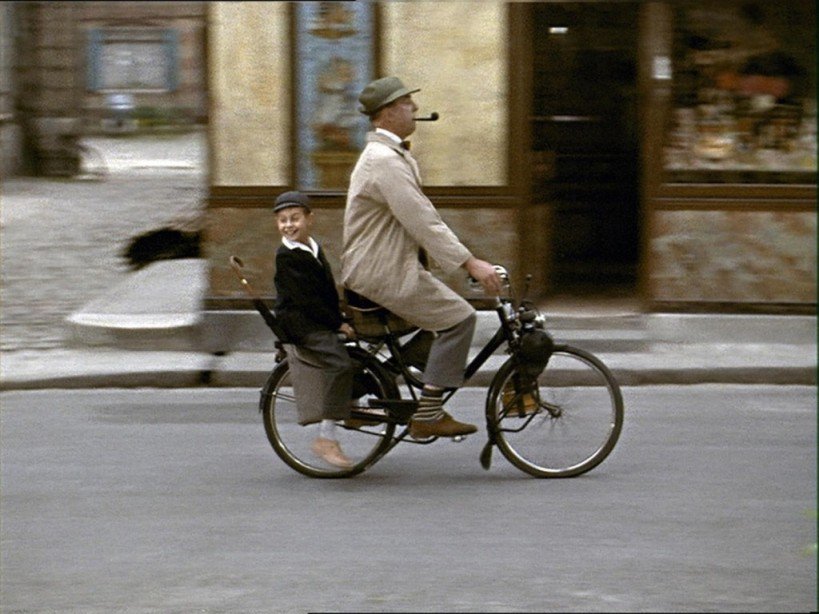 Jacques Tati is one of the most painstakingly meticulous cine artists who has only made five feature-films between 1949 and 1971. All these works are treasures for cinephiles in one way or another. Like Chaplin’s Tramp and Keaton’s The Great Stone Face, Tati’s Monsieur Hulot is a misfit freely moving through the chaotic modern world. Mon Oncle (aka My Uncle) is his most accessible feature, where the tall, bumbling, and pipe-smoking Monsieur Hulot visits his beloved young nephew (Alain Becourt) living in a geometric, sterile, and oppressively bourgeois Parisian neighborhood.

Hulot’s delightfully slapstick observation of his upwardly mobile sister and her husband are a joy to behold. Hulot wants to take away his boisterous nephew for a little adventure around the city. Mon Oncle employs the slap-stick comedy form to captivatingly observe the quirks and eccentricities of the moneyed class.

Related to World Cinema Family Movies: Cinema and the Art of Life 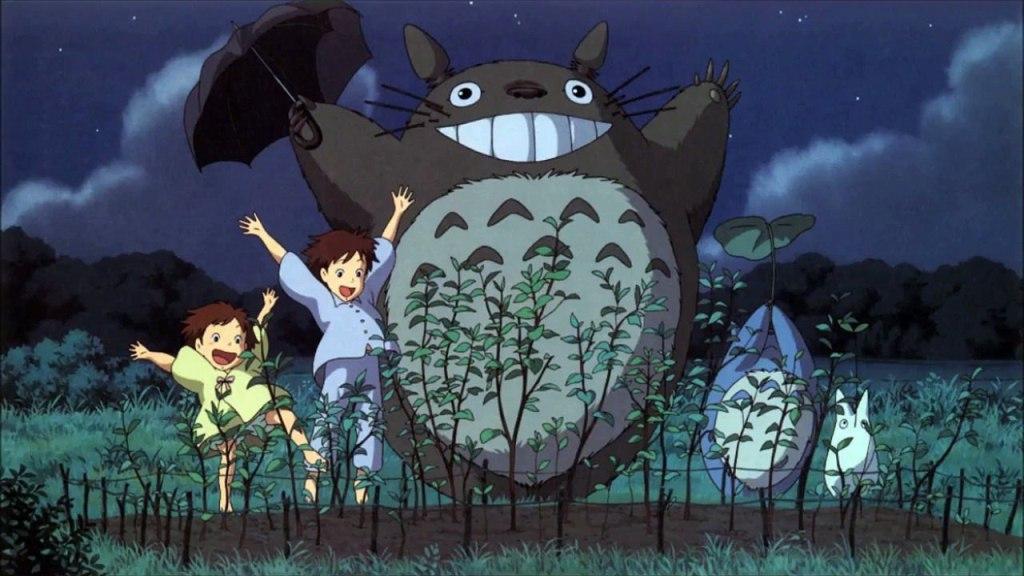 Even live-action movies couldn’t perfectly present children’s behavior and their psychology as Hayao Miyazaki does with his sublimely animated family drama. Two kids, Mei and Satsuki move to the countryside with their father to be closer to their sick mother who is in a hospital. This heartwarming story-line of two little sisters yearning for their mother’s love is brilliantly embellished with a fantasy tale involving a mysterious, genial forest spirit – the giant, cute, and bunny-esque Totoro.

There are layers of grief to this tale of innocent sisters, but it chooses to be a restrained dramedy, reminding us of the imaginative adventures we had in our childhood to distract ourselves from the painful reality. Moreover, I’d recommend Miyazaki’s movies (and few other Studio Ghibli movies) to kids overdosing on Pixar films, for the simple reason that it enriches souls. Totoro even teaches children on the wonder of growing plants (how many kids-friendly features do that, huh?). Joe Hisaishi’s extraordinary soundtrack elevates the movie’s grace and magic to greater levels. My Neighbor Totoro not only reminds me of my childhood but also makes me embrace the inner-child within my world-weary self. 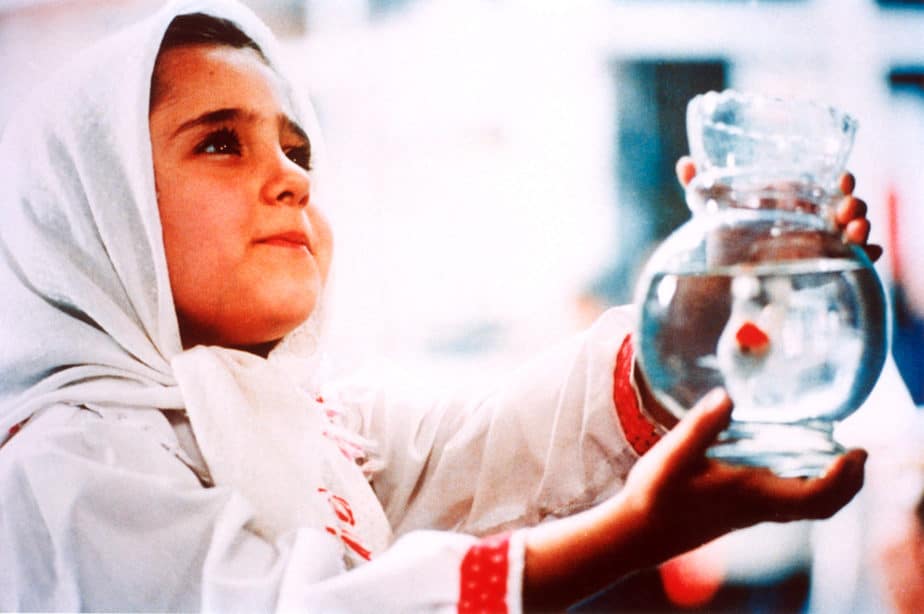 Written by the master of Iranian New Wave cinema Abbas Kiarostami and directed by the most censored and punished Iranian film-maker Jafar Panahi, The White Balloon unfolds from the vantage point of an adorable and determined 7-year-old girl  Razieh (Aida Mohammadkhani). Razieh wants to buy a goldfish for Eid, a fat one with better fins, unlike the skinny ones she already has at home. She cajoles her mother for money, but the girl accidentally loses it.

The White Balloon is a subtly dramatized child’s view of a kaleidoscopic society. The tenacity and warmth displayed by the child make us believe in her quest as she approaches strangers (she’s supposed to not talk to them!) to retrieve the money stuck beneath a small iron grate. Familiar surroundings and familiar people populate Panahi’s White Balloon, but the unique perspective makes it one of the most endearing family movies. 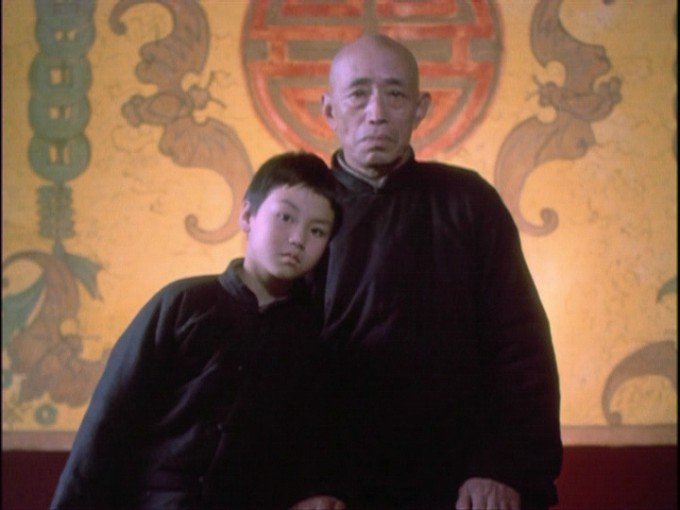 From a critical point of view, manipulative melodramas might be seen as an ineffective way of truly addressing a subject or theme, whose sole existence is to provide (false) emotional catharsis for the viewer. But, few melodramas could really work its way in genuinely melting our hearts (adorned with an authentic cultural backdrop and mesmerizing performances). Wu Tian-Ming’s The King of Masks is one such graceful story that transcends its inherent cutesiness. Set in the Siachen Province during the 1930s, in the midst of a Great Depression, the film revolves around a 7-year-old girl (Zhou Ren-Ying) looking for love and a home.

A dirt-poor farmer sells a girl-child disguised as a boy to a street performer Master Wang (Zhu Xu), who wants to teach his arts to an heir. He lives in a small riverboat which he uses to travel to little towns situated along river banks to perform. The King of Masks offers a heart-breaking and yet a life-affirming movie experience. It’s intriguing to learn that the child actor chosen to play the central character was abandoned by her parents at the age of 3 and was sold to an acrobatic troupe (who also supposedly reunited with her family after the film’s release).

Related to Uplifting World Cinema: 10 Great Drama Movies From Around The World 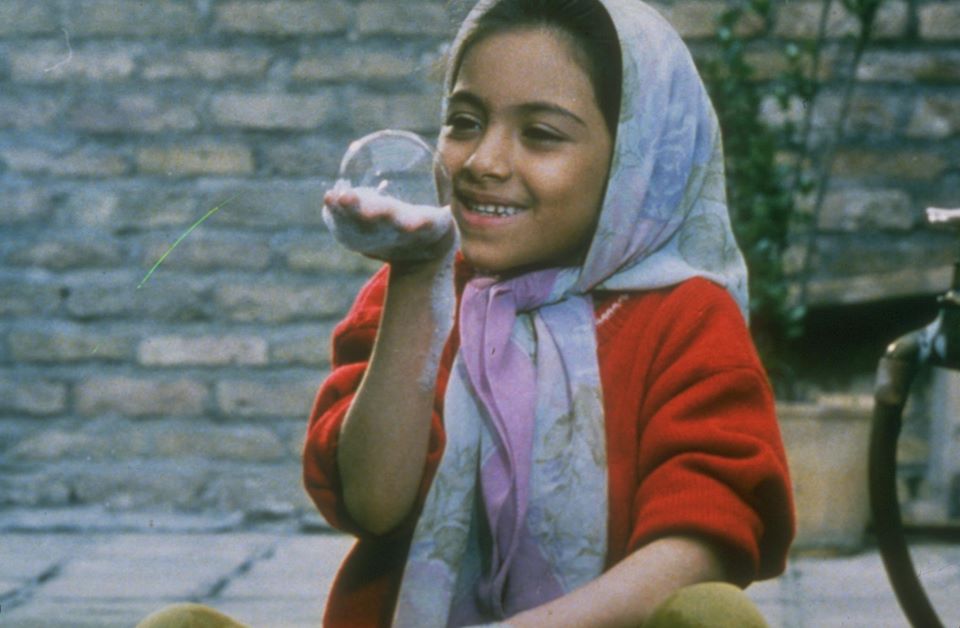 For many of us, Majid Majidi’s Children of Heaven was the window that introduced to us the wonderful world of Iranian cinema. It’s a deceptively simple tale of 9-year-old Ali and his 7-year-old sister Zahra, and the little adventures they have over a lost pair of shoes. Vittorio De Sica’s Bicycle Thieves (1948) committed to screening the tale of real flesh-and-blood people, who try to cope with the financial difficulties in their day-to-day existence. The Iranian New Wave, which was influenced by Italian neo-realism, put the child characters at the front to effectively deliver the potent criticisms of Iranian society (while also presenting universal messages on human condition).

Children of Heaven might be a family drama in-built with sweetness and charming performances. But there’s no sense of falseness or contrivance we often encounter in Hollywood movies. The lyricism captured and innocence symbolized through a glimpse of shiny soap bubbles can’t be recreated in spite of all the technological wizardry. Miracles don’t happen and children have to work hard to try and achieve what they desire. Often times they don’t achieve the target despite the greater effort taken. The plastic worlds of mainstream cinema are no match to the uncomplicated pleasures derived from Iranian cinema. 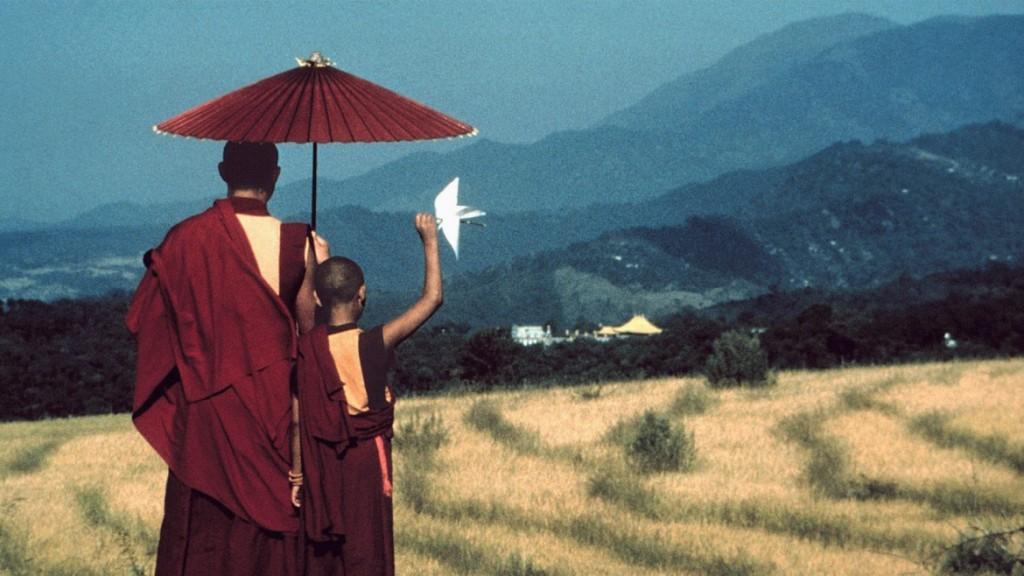 The Cup (Phorpa) is an amusing popcorn entertainment feature and yet remains idiosyncratic due to the innate charm that’s attached to the scenario. Written and directed by Khyentse Norbu, a lama who worked in the production of Bernardo Bertolucci’s Little Buddha (1993), The Cup happens to be the first feature-film from Bhutan. The story is set in a Tibetan monastery in exile, in the foothills of Himalayas. The soccer world cup being played in France preoccupies the young monk’s mind apart from religion.

The final happens to be between France and Brazil. The young monks support France because the nation has acknowledged the Tibetan cause. But it’s not easy to persuade the authoritarian older monks to break the rules and watch the game. Even with permission, how can the monks raise money for television, buy it, and bring it back to the monastery. It’s not often you’d come across a spiritual comedy set in a Buddhist monastery. What it lacks in terms of dramatic punch lines, makes up through an abundance of charm.

Critic Roger Ebert in his concise review of the film writes, “I learned that in addition to being a lama and a director, he [Norbu] is also considered to be the incarnation of the 19th-century saint Jamyang Khyentse Wangpo. And I thought: of course. So many sinners have directed films that it is only fair for a saint to have a chance.” 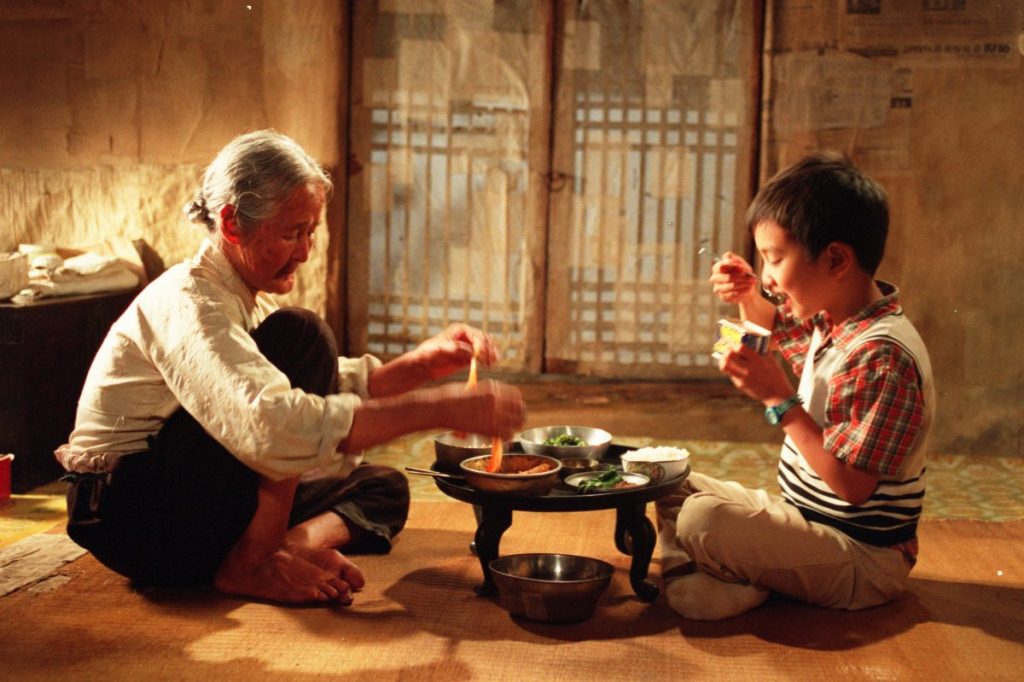 Lee Jeong-hyang’s deeply touching family drama, ‘dedicated to grandmothers everywhere’, revolves around seven-year-old, city-bred Sang-Woo (Yoo Seung-Ho), who is left under the care of his mute septuagenarian grandmother (Kim Eul-Boon), living in a tiny, mountain village by his job-hunting mother. The old woman can’t buy him batteries for his handheld videogames. When the boy demands Kentucky Fried Chicken, the grandma walks down the hilly terrain to buy a live chicken and offers a home-made boiled version. He hates the haircut she provides. Yet over time, he understands her love even in the smallest of gestures.

The Way Home is about innocence and unconditional love, both we may have lost while navigating through the tougher terrains of life. Nevertheless, it takes us back to those good times when life was simple and beautiful; when the soothing caress one receives from his/her grandma’s gnarled hands bestowed greater peace. 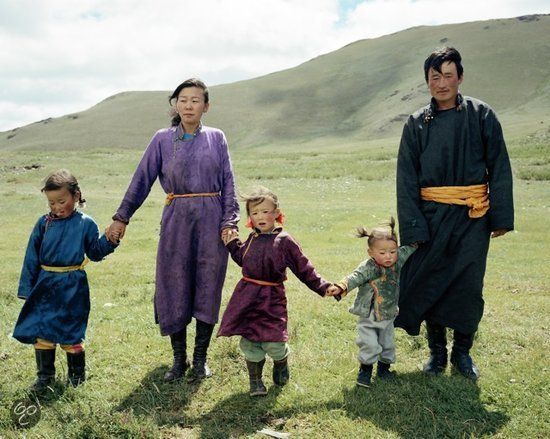 In The Cave of the Yellow Dog, Mongolian film-maker Byambasuren Davaa has captured a way of life that’s slowly disappearing. It’s an ethnographic cinema and a docu-fiction that revolves around a real grasslands nomadic Mongol family, acting out a mildly dramatic scenario. The eldest child of the family, Nansal Batchuluun (8 or 9 years old) spots a stray dog near the pasture, where her family’s sheep grazes. She names him ‘Zochor’ and takes him to her home. But, Nansal’s dad asks her get rid of it, fearing that it is a feral dog, which might attract wolves and subsequently attack their sheep herd. 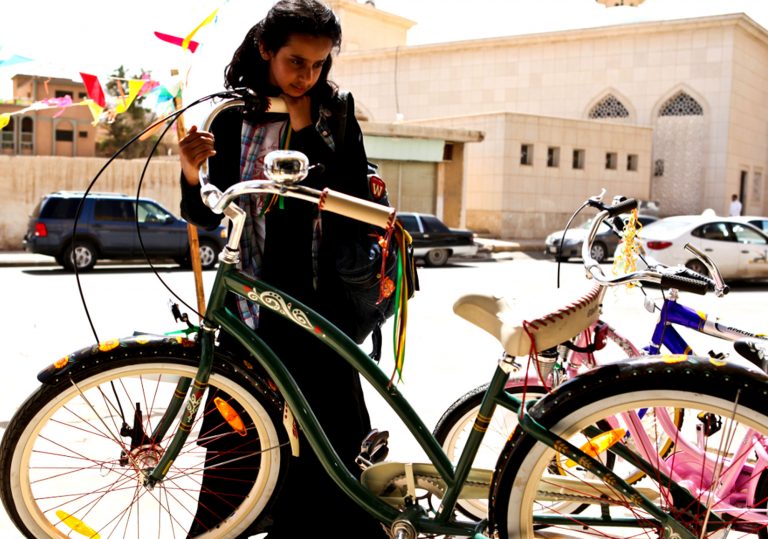 Haifaa Al Mansour’s Wadjda was the first Saudi Arabian feature film to be directed by a woman and the first movie to be entirely shot within the oil kingdom. Of course, these prominent trivia only adds to our viewing experience rather than forcing us to like it. Through a kid’s quest for material, film-makers have fittingly addressed the social constraints. In Wadjda, a pre-teen girl’s desire to ride a bicycle offers a glimpse into the everyday reality of a woman in Saudi Arabia.

Whenever the film-maker shot exterior scenes she had to stay inside a van with a walkie-talkie and looking into a monitor (since women can’t be publicly seen working alongside men in Saudi). But despite such frustrating film-making experiences, Haifaa’s feature is a witty and acute family drama questioning the severely restrictive gender norms.