Our Hospitality (1923) was Buster Keaton’s second self-produced and directed (along with with John G. Blystone) full-length feature that was full of groundbreaking gags, which established him as the most athletic and stylistically daring of the esteemed silent comedians. With Our Hospitality, Mr. Keaton not only worked out a way to subsequently advance the ‘delightful perils’ but also perfected the art of comic anticipation and timing. More importantly, Keaton’s intricate gags were built around a fine, sophisticated narrative, where the audience kept rooting for ‘The Great Stone Face’ protagonist.

Born Joseph Frank Keaton in Kansas in 1895 to vaudevillian parents, Keaton says in his autobiography that he got his nickname (‘Buster’) from the sensational stunt performer Harry Houdini [1]. A six-month-old Keaton fell down the staircase and burst into tears. Houdini (a partner in Keaton’s pop’s medicine show) picked baby Keaton, and said, “My, what a Buster!” In 1917, Buster Keaton met the comedian Roscoe ‘Fatty’ Arbuckle, who had just split from Mack Sennett (the producer-director known as ‘Father of American Slapstick Comedy’) to make his own two-reelers. Joseph Schenck produced Arbuckle’s comedy shorts, who later produced most of Keaton’s brilliant silent features. It was working in Arbuckle’s slapstick comedies that set off Keaton’s love for working in the movies. 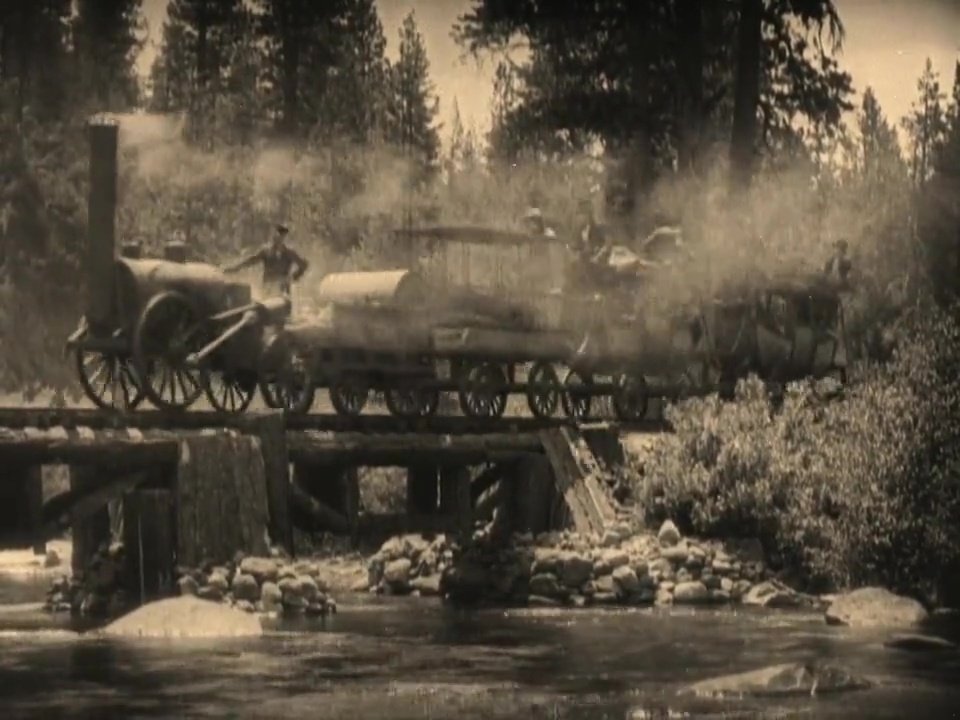 For its time, the scale of Keaton’s productions was unprecedented compared to the average dramatic feature made in Hollywood studios. Nevertheless, the enormous profits his earlier pictures generated justified the perfection and poetics he strived to achieve through the phenomenally-staged visual jokes. Yet when Keaton’s scale of productions didn’t match the box-office returns and with the advent of sound cinema, his career faced stagnancy. Although Keaton worked as a gag writer for some time, he slipped into alcoholism and depression [2]. By the early 1950s, two of his silent masterpieces – Our Hospitality & The General – were declared lost. Thankfully, James Mason, the actor who bought Keaton’s house, found copies of both the films. In 1965, the Venice Film Festival paid tribute to the great poker-faced silent character. The films screened there received standing ovations, and a few months later (in Feb. 1966), Keaton died of lung cancer at the age of 71.

Related to Our Hospitality: The Kid [1921] – The Most Poignant of Chaplin’s Silent Masterpieces

Set in the year 1830, Our Hospitality is supposed to be based on the 19th-century family-feuds in American South, particularly the legendary feud between the Hatfields and McCoys. The two large families’ hatred for each other dated back to the civil war (1861-1865) and persisted until the early 1890s. But there was a significant reason why Keaton chose to set his story in 1830. It has to do with Keaton’s enchantment with steam locomotives. While in The General (1926), he played a railroad engineer giving chase to get back his stolen steam engine, in Our Hospitality Keaton used a primitive engine that laboriously pulls wagons over precariously-laid tracks. Known as ‘Stephenson’s Rocket’, this early steam engine was built in 1829, in England, and added up few innovations to the then existing locomotives.

The sight of the train itself is very amusing. The train was authentically built to run within the studio sets (Keaton’s art department has done a brilliant job at that). Before getting us acquainted with the locomotive, Keaton also introduces us an early bicycle, which was not pedal-driven but the rider pushes himself along with both feet (it was known as ‘Swift Walker’). The bicycle was such an exact replica that it was requested by the Smithsonian Institute for display [4]. Part of the joy in watching a Keaton’s movie is the spatial humor he creates using all sorts of machinery.  The ballet of stunt-gags created through mechanical appliances impeccably generates tension and humor.

One more interesting trivia about Our Hospitality is that the Keaton clan has all appeared on the screen. Buster’s father, Joe Keaton plays the irreverent train engineer, his infant son appears in the film’s prologue, and Keaton’s wife Natalie Talmadge plays the lead female role. Our Hospitality opens with a melodramatic prologue sequence, where our infant hero’s dad is shot dead by his enemy. The gun-toting ‘enemy’ also dies, and his burly brother, Joseph Canfield (Joe Roberts – frequently appeared in Keaton’s two-reelers who died after this film) and swears to avenge the death. Twenty years later, Willie McKay (Buster Keaton), growing up with his aunt ignorant of the feud with Canfields, receives a letter summoning him to claim his father’s estate. Despite his aunt’s warning, Willie heads back to his birthplace and on this weary yet hilarious train trip, Willie befriends a pretty girl named Virginia (Talmadge).

Also, Read: I Was Born, But… [1932] – A Captivating and Subtly Incisive Silent Comedy about Childhood

Willie’s dreams of being the man of an affluent, bigger estate collapses when he sees that the estate just consists of a crumbling little shack. Upon hearing Willie is a McKay, Canfield patriarch’s two sons are already after our sheltered young man, unbeknownst to him. Moreover, unaware that Virginia is a Canfield, Willie accepts her invitation for dinner. Seeing Willie at his estate, Joseph Canfield instructs his trigger-happy sons to not shoot him under their roof as that would violate the southern ‘code of hospitality’. They wait for him to leave, and Willie tries to prolong his visit. Eventually, a chase of greater proportions ensues (which involves a horse, the train, and a makeshift raft) and ends with magnificent stunts as our hero tries to rescue his girl struggling in the rapids.

As I mentioned before, Our Hospitality was Keaton’s first major work that transported as well as advanced the energy of his two-reelers to the demands of a plot-driven feature. Keaton’s approach to feature-films is pretty simple: he introduces the characters, injects small gags within a supposedly normal scenario; then he slowly escalates the situation, and in the final-third of the narrative the troubles and laughs keeps getting bigger. The beauty of this recurring structure (the endpoint always being the hero winning back his girl) is that Keaton rarely repeated his gags. He just kept innovating (and performed all the stunts himself), blending acrobatics, suspense and laughs, just like the way he shot the climactic waterfall rescue scene (that daring rope swing!!).

No one can invigoratingly create a broader canvas and execute dramatic action and understated humor in such a precise, rhythmic manner. Our Hospitality (75 minutes) remains as a firm testament to that distinct trait of the master of physical comedy.