“To protect the righteous, to annihilate the wicked, and to re-establish the principles of dharma I appear on this earth, age after age.” – Bhagavad Gita: Chapter 4, Verse 8

An important work of Hindu tradition, the Bhagavad Gita is an ancient Indian text that contains many key topics related to the Indian intellectual and spiritual tradition. It presents a synthesis of Hindu ideas about a variety of ideals, including dharma. Dharma refers to the power which upholds the universe and society, including the religious duties, moral rights and duties of each individual, as well as behaviors that enable social order, right conduct, and those that are virtuous. It is precisely those duties that Paarth Saarathi is interested in, opening up with the verse in each God descends in the world to protect the righteous, to annihilate the wicked and to establish dharma.

Written and directed by Subodh Kumar Patra, Paarth Saarathi follows taxi driver Bajrang (Naman Bhatti) in Delhi during a night shift to complete his target of 1,000 rupees. It is clear from the beginning that the film will explore the decaying, morally corrupt side of Delhi. The film starts by alluding to this through Bajrang’s unscrupulous boss, who cares more about profits than his employees as he makes a point of explaining how easily he can replace Bajrang if he doesn’t do as he is told. We also hear about Waseem, who we assume Bajrang is close to, being arrested and charged for rape, which sets the tone for the rest of the film.

Heavily influenced by Taxi Driver (1976), Paarth Saarathi is also a character study examining social alienation and urban violence, but this time in Delhi. Driving around all night, Bajrang sees the worst of what the city has to offer. He drives to every part of the city; dangerous or not, it’s all the same cesspool to him. When he’s not driving, we see him stop for a cigarette, sitting quite literally on the margins of society. That puts us in on his thought process, watching him in this seedy environment that serves as a reflection of himself, mentally and spiritually, as it becomes clear that Bajrang is slowly losing his grip on reality.

Filmed by the subjectivity of its unreliable protagonist, the film illustrates the darker aspects of the streets of Delhi, an environment exploited by street hustlers and criminals and largely ignored by the local government. Above plot and anything else, Paarth Saarathi is a character study, one in which moral decisions become the story’s action. Bajrang is a man whose actions are heightened by their ethical and social impact. He is intensely aware of the city as he sees it, allowing it to influence both his actions and his judgment. Delhi and its people are his antagonists. We see the city the way Bajrang sees it as he becomes gradually alienated from the world around him, descending into a state of dissociated delusion. 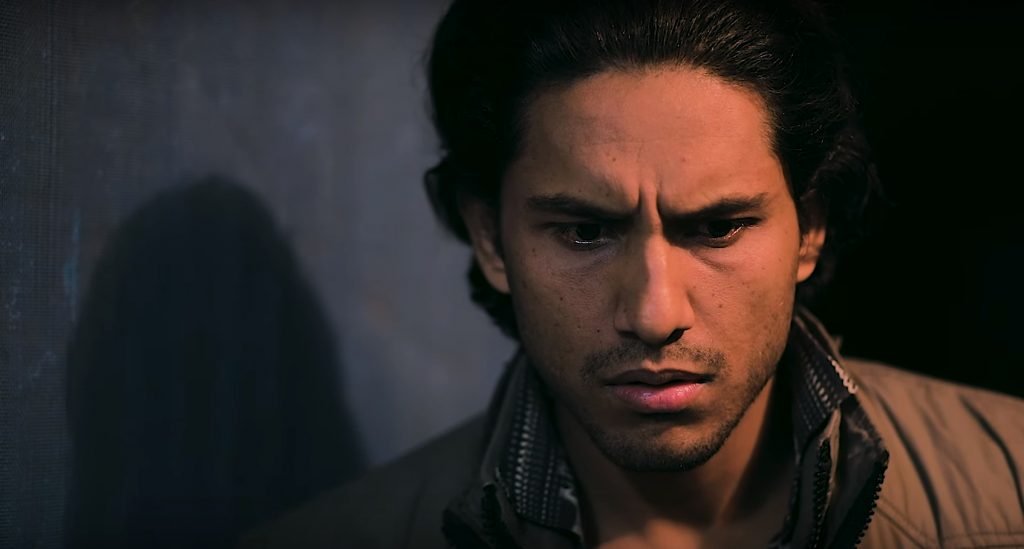 His lack of empathy is highlighted by the fact that he refuses to pick up several passengers, even when one man, in clear need of help, desperately knocks on his taxi’s window and Bajrang does nothing but drive away. This becomes one of the most crucial moments of the film, as Bajrang feels the city is forcing on him the need to make some sort of major decision. Much like Travis Bickle’s resentment and disgust for New York – “I think someone should just take this city and just… just flush it down the fuckin’ toilet.” – Bajrang also sees the city as a disturbing, foul place populated by the scum that needs to be swept away.

Isolated from the outside world, Bajrang is shielded from the city by the windows of his car until the violence gets inside his taxi – and mind – through Paarth (Aditya Sharma). Once he picks Paarth up, Patra cleverly makes use of mirror shots to represent Bajrang self-reflection and identifying with his passenger, as they talk about losing their sanity and committing crimes to clean the city. The viewer at the point is faced with a moral dilemma: do we side with them and their nihilistic view of Delhi, or are we to maintain a position of optimism?

The last ten minutes of the film are full of conflicting and ambiguous ideas building on that dilemma. There’s no doubt that Paarth Saarathi paints an extremely disturbing portrait – we find ourselves understanding Bajrang’s mindset. This is achieved through Patra’s reverence for Scorsese yet update of the themes to fit modern-day Delhi, and Bhatti’s perfectly nuanced performance that we in the audience don’t have a moment’s doubt or disbelief about what’s taking place in Bajrang’s troubled mind. Not knowing for sure what drives him (no pun intended) is what makes Bajrang and the film so compelling.

Much like God in the Bhagavad Gita and much like Travis in Taxi Driver, Bajrang also wants to be the man who changes things. Through one decisive act of violence, Bajrang aligns with Patra’s view that the protagonist sees himself as a justified hero who cleans up Delhi’s streets. Much like it was the case with Taxi Driver reflecting the 1970’s America, Paarth Saarathi is an intriguing psychological study of a man “who would not take it anymore, a man who stood up against the scum, the dogs, the filth, the shit. Here is someone who stood up”.