Only Murders in The Building (Season 2) Episode 9 “Sparring Partners” Recap:

The episode began with a piano playing and Detective Kreps sparring in the ring as he explained the police budget, his salary, and the difficulties of living in New York. He also outed himself as a Coney Island employee, as a side gig to make ends meet. Besides working for the police and at Coney Island, he also functions as a private investigator.

Charles and Mabel place Kreps’ photo under Glitter Guy on the murder board. However, they still don’t buy it. Charles takes Oliver’s humor spot by saying he knows who did it and places the word Criminal Mastermind on there. Duh.

Oliver walks into the apartment and informs the duo that the DNA test proves he is Will’s father. As a celebration, he decides to hand over Mrs. Gambolini to Charles. The septuagenarians push the cage back and forth, as neither party wants the feathered creature. 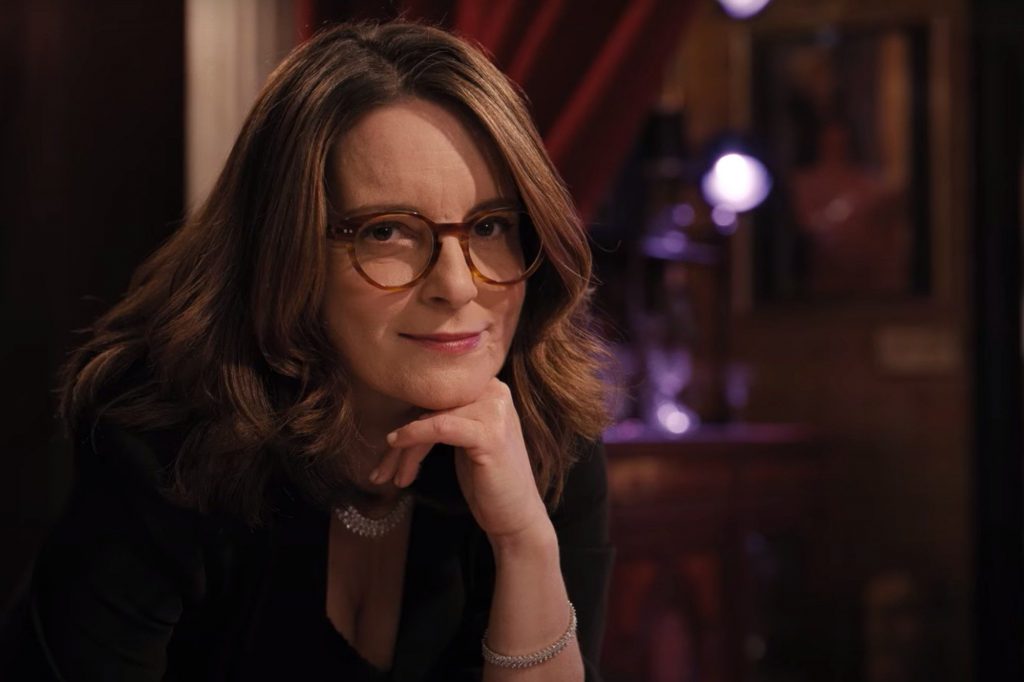 In the midst of this, a section beneath her cage opens, and they find the original painting. The shocked trio look at it as Mrs. Gambolini once again says, “I know who did it,” prompting them to tell her to shut up. The fans, who knew all about the red herring from ‘Framed’, would have absolutely loved it.

Mabel walks to her house and meets Alice, who has a gift. It is a puzzle that she made during the blackout, which is evident from the damage to her fingers. After an exchange, Mabel seemingly forgives Alice and says that she likes her. However, they can’t be together as the trust factor is missing following the events in ‘Performance Review’. Alice understands and says she will be there if Mabel ever needs her.

Charles aims to locate Lenora Folger, but learns that she hasn’t left the home in a while. Realization dawns that Lenora Folger is someone else, one who knows about the painting. So it’s not Charles Sr, Bunny Folger, but…Rose Cooper.

To cast aside all doubt, he looks for clues in the painting and finds one in the hand-me-down watch. Upon prizing open the back, he finds an address and locates Cooper.

Shirley MacLaine returns and reveals her true identity. After seeing her painting, she reveals the truth about why she disappeared and learns about Charles Sr’s perspective on the whole thing. Rose Cooper reveals a secret painting beneath the original one, proving that this is no bluff and she is indeed Rose Cooper.

We see Oliver wrap up his storylines in this episode as he tells Will that he is indeed his father. He even outs himself as a Greek and encourages his son to thrive in the theater. Once back, he meets Teddy in the lift and attacks him. Howard enters the lift upon which the stop and then closing of the doors and bell works as the signal for them to resume their brawl. Howard runs out on the next floor and Oliver reveals the reason he exploded. Teddy Dimas is Will Putnam’s biological father.

Eventually, the two men sit at Oliver’s apartment, have a drink, and agree to keep Will’s true parentage a secret.

Mabel finds Kreps in the docket she flicked from Coney Island in ‘Flipping the Pieces’. She confronts Kreps at his Excessive Boxing Gym and throws in a few boxing puns. These include Raging Bullshitter and Rocky Zero.

The detective indulges her and has her hold a bag for him. However, Mabel’s aim is to goad him into revealing something. She even enters the ring with him and wears the mitts as he hones his punches. Kreps continues to deny any knowledge and chastises Mabel for trying such juvenile stunts to get him to blab. He even tells her that she should be afraid of him, as someone constantly makes her the lead suspect in a case he is investigating. Detective Kreps threatens Mabel with a warning that people go away for things they didn’t do.

He did reveal some things such as his smartness, and how he landed the ‘smartest woman on the planet’. Kreps also praised certain (All is Not Ok) podcasts, while trashing Only Murders in The Building. This gave Mabel the clues she needed, or rather, a nudge in the right direction.

After the session, Mabel sees the chicken symbol on Kreps’ jacket. She then heads home and decides to work on Alice’s puzzle while listening to ‘All is not Ok’ podcast.

She solves the puzzle and listens to episode one of Cinda Canning’s podcast about the disappearance of Becky Butler. Mabel remembers the chicken logo description from a location in Oklahoma, i.e. Chicken Chugs Wing Tub. She puts things together and remembers Poppy’s words to her in episode 6.

Mabel arrives at Canning’s podcast studio and runs into Poppy. White denies Mabel any help and looks uneasy and flustered as she tells Mora to leave. Selena Gomez’s character questions Poppy about why she is so frightened and learns that Canning will stop at nothing. She then reveals she is Becky Butler as the episode flashes back to Kreps’ functioning as a private investigator in Oklahoma, hiding evidence with a baggy named Becky Butler. Realization dawns on Mabel that Cinda Canning is THE ONE.

Kreps also smiles and turns towards Cinda Canning in a flashback scene.

In the episode, even Charles gets to know this as Rose Cooper described a spectacled, brown-haired woman who wanted the painting.  The trio reconvene at Charles’ apartment and paste Cinda Canning’s photo underneath the Criminal Mastermind tag on the murder board.

Is Cinda Canning really the killer?

Cinda Canning fits in with Jan’s definition of the killer being someone who would want to stay close to their work. She is there at the end of Season 1 when Detective Williams and the NYPD take the trio away from The Arconia. The cops also did show up rather quickly, seemingly being summoned much before Charles and Oliver found Mabel with Bunny.

While the other residents were there, there was no way Canning could have known about it and reached the building that quickly. Hence, she was around and was watching her masterpiece unfold. Also, in episode 6, Cinda and Poppy showed up at Mabel’s apartment despite Kreps calling Mabel, Oliver, and Charles to have a chat with them. How can an avid podcast host just enter a murder scene where she isn’t even a resident?

Poppy’s fear of her boss is yet another sign that Cinda is The One. Either the killer or the mastermind. The latter seems likely, as Canning would be smart enough to function from the shadows and remain safe in case things go south. After all, she is the ‘smartest woman on the planet’.

However, Becky Butler’s fear of what Cinda is capable of leaves open the possibility that Canning could have it in her to be the killer.

Is this all because of the rising costs of living?

Kreps’ lines at the start of ‘Sparring Partners’ could be applicable to Cinda Canning. The expenses in New York could be the reason Cinda Canning is plotting murders and profiting from them. Her podcast is her primary source of income and Becky’s ‘disappearance’ could mean that Cinda orchestrates crimes. She even researches well as she managed to find a person with a criminal past, frame said person who happened to live in the same building as a person with a very sought after painting.

Why is Cinda Canning after Mabel?

Charles Haden Savage is a respected yesteryear actor and Oliver Putnam is a renowned figure in the theater. They have made their lives in The Arconia and do quite well for themselves. Hence, there would be no possible reason for them to kill for money. Enter Mabel, a young adult with a rich relative; a young adult who also is prone to blackouts, snapping at things, and has had a troubled past. Hence, she will make an excellent fall guy whom no one will suspect. Besides her troubled past, one can’t forget about her proximity to Jan and the Dimas’ just a few months back.

Is Alice in cahoots with Poppy (Becky Butler) or Cinda Canning?

Alice provided Mabel with a puzzle that somehow helped her find some clues. How? Was that Poppy’s way of helping Mabel come to an understanding? As Alice and Becky Butler are both going to make it to the finale, this remains a possibility. The puzzle, coincidentally helping Mabel join the dots, isn’t something that can be taken for granted.

Does the British-sounding name come into play here?

What did you make of Episode 9 of Season 2?