The film begins with the lapping of waves against a pristine seashore, and the protagonists, Bruno (played by Marcelo Subiotto) and Greta (played by Mara Bestelli) along with their young son, Denis (played by Jeremias Kuharo), arriving at their summer residence in a coastal town very removed from the city’s humdrum. In the first few scenes, we see Bruno and Greta as loving parents, and they seem to be having a lot of fun until Denis suddenly disappears one night. Piedra Noche (Dusk Stone), the eighth feature by Argentinian director Iván Fund, explores the aftermath of this loss among Bruno and Greta in this tenderly shot film in a manner so delicate that it feels like a bedtime story for adults, especially those coping with the loss suffered due to the ongoing pandemic.

The idea of grieving parents struggling to cope with the loss of their child is a fairly common story in cinema. In fact, the American 2D short film that came out last year, If Anything Happens I love you, beautifully held up the struggle put up by separated parents whose daughter has been killed in a school shooting. Bruno and Greta are still living together, but their life seems to have come to an unprecedented halt. Both of them seem to have aged overnight, and Bruno’s behavior is whimsical as he starts to believe that their son is hiding nearby.

There’s also something morbid about Denis having gotten lost for over a year in a town that is swarming with stories about a mythical sea creature surrounding a forlorn industrial platform. Suggestively, Denis is introduced in the film through a conversation about the monster he has created in his video game, one that feeds on night stones to level itself up. Both the stories then intertwine, and we are presented with a possibility – Denis might have been captured by the mythical monster in the sea surrounding the town. Confirming the locals’ rumors, Bruno comes to believe that it is the same video game that Denis was playing that their life is a part of and declares that if only he could go back in time to get the night stone, maybe the monster would not have captured Denis away. 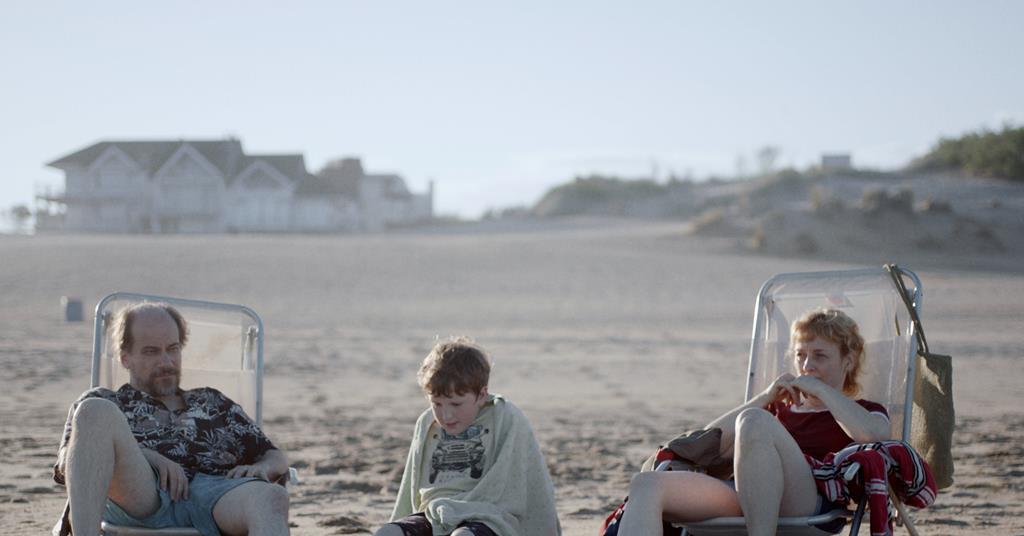 Time has slowed down for Bruno and Greta, even the color tones used in the film have turned grey. It looks almost post-apocalyptic. The background score composed by Francisco Cerda, beautiful as it is, plays out like a wave with the right number of crests and troughs to produce a lulling effect on the audience. It is like an omnipresent voice in the film. The sea waves which were meant to induce joy in our minds, now seem pregnant with unseen danger.

The beach residence of the protagonists is for sale and appears like a blob of light in the middle of darkness. It throbs with the memory of Denis. The lack of human association in their lives and the general scarcity of people in the film produce isolation that directly reflects the mental state of the protagonists. The ambiance surrounding the beach residence itself becomes an unrecognized but important protagonist in the film.

There are, however, subplots that feel unnecessary and don’t add up quite meaningfully to the story of the film. Greta’s friend, Sina, played by Maricel Álvarez, and the local real estate agent, played by Alfredo Castro, start to feel like pointless adages to the plot which is otherwise chiefly concerned with the grieving parents. Even the background score can feel inconsequential from time to time. But the climax presents a kind of magic-realism that makes a directed effort at tying up the loose ends.

The most striking, and comforting, feature in the film is how reality merges with the story of the sea monster to help Bruno and Greta reconcile with the loss of their son. It is alike the loss of someone to the coronavirus – something tragic due to the unseen. The film makes the process of grieving look complicated like it is but makes it seem so delicate that the audience is left in spellbinding silence by the end of it, perhaps even in a little smile. The film has opened at the Venice International Film Festival this year.

DUSK STONE WAS SCREENED AT THE 2021 VENICE FILM FESTIVAL

Once Upon a Time in Calcutta [2021]: 'Venice' Review - A Nuanced and Intimate Portrait of Urban Decay and Metamorphosis

The Odd-Job Men [2021]: 'TIFF' Review: A Mellow Dramedy Built into an Environment of Crisis