I want to start my review with a recommendation. Tathagata Ghosh’s twenty-four-minute short film, Miss Man (2019), is one of the most essential Indian short films in a while. It’s a 24-minute narrative short about what it means to be a coming-of-ager transwoman in an Indian town. Here, self-discovery and love are essentially used as storytelling instruments. However, the violent tragedy of coming out isn’t cornered. On the contrary, it produces deeply uncomfortable results. We see the pain through Manab’s eyes, played superbly by Arghya Adhikary. Rahul Roye’s Man & Wife is a rather fitting companion piece.

For the uninitiated, cross-dressing is one critical gender-fluid practice. There’s an entire community of people who choose to wear clothing not commonly associated with their sex. This they do to express themselves without constrictions of identity entirely.

In modern times, cross-dressers have acquired an identity beyond situational disguise and comedy. It has become a symbol of queer acceptance and sexual independence. It’s a symbol of humor and shame, as with most liberal and queer practices. However, India’s rigid social setup refuses to see it as usual, like many other things. The institution of arranged marriage is seen as a supposed ”solution” to sexual independence. While not always necessarily so, this is used as a plug to most things considered problematic by families about young individuals. 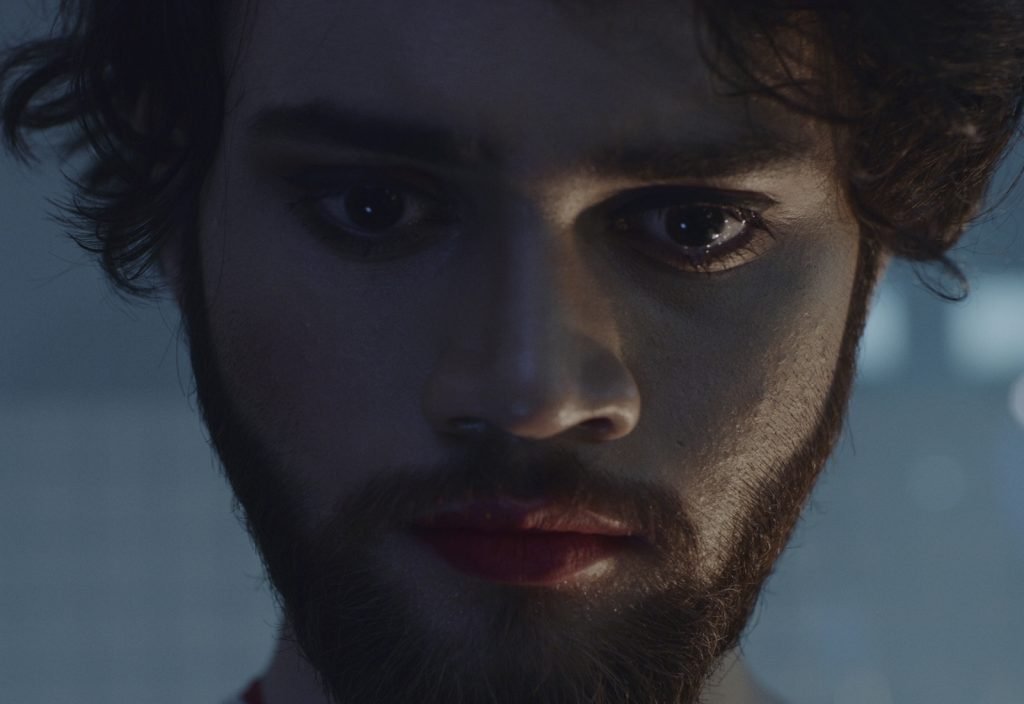 However, the new era is witnessing a fresh surge of modern art about people who willingly refuse to succumb to such institutionalism. We have Badhaai Do this year, a beautiful normalization of lavender marriages. Rahul’s short, which premieres at New York Indian Film Festival this week, works along the same lines. It’sIt’s a muted and powerful short film combining the themes mentioned above with delicacy yet a sense of maturity.

‘Man & Wife’ is set in our times since smartphone plays a crucial role. The short, spanning less than nine minutes, has constant anonymity. It is basically about an urban Bengali man who comes out to his fiancé as a cross-dresser on the eve of their arranged marriage. While he is sure that his to-be wife might want to cancel the wedding upon the revelation, he doesn’t want to keep her in the dark.

The editing, aesthetic, and production design of the film give it the feel of a ticking time bomb. The anxiety of dressing up and coming out as something you were hiding is apparently felt. The film is more reliant on its visual language than on the two actors’ performances. Anyhow, it’s positioning as a chamber drama set in a bathroom further makes it interesting. The whole experience is zoomed in by Roye in front of the viewer and demands a direct admission.

But that could have meant the film possessed the feel of well-executed CCTV footage. Thankfully, it avoids being contrived. The film builds up robust and simmeringly through a crisp running time. It initially starts as a relationship horror and ends as a beautiful celebration of individualistic independence. The two actors play their parts well. Atif Ally Dagman brings stone-cold quietness to his approach, which works because his voice propels the film itself. Kankana Chakraborty is utterly sensuous and magical as a mysterious woman. While her arc exists to provide a tinge of complexity, her presence works well.

Man & Wife is a powerful short film about relationships, honesty, and identity. It is subtle because, through a single moment, it condenses an enormity of trauma through real focus. The visual approach of the film is nuanced and impressive. The film could have been half-baked and impotent without these, but it isn’t.