Incisive, hard-hitting, subtle and multi-layered in terms of theme and style, the Russian film-maker Andrey Zvyagintsev’s oeuvre elegantly conjures taut moral narratives of spiritual torment, hate, injustice, greed, and isolation. Since his debut feature The Return (Vozvrashcheniye, 2003), an ambiguous tale of two Russian boys whose father suddenly returns home after a 12-year absence, Mr. Zvyagintsev’s precise, stately compositions have recurrently and intricately examined the same subject: family. But the director’s on-screen familial structures don’t resemble the fine-grained works of Hirokazu Kore-eda, whose films are a meditation on the solace of familial togetherness. What interests Zvyagintsev in his family narrative is the people, who are intimate with each other, relentlessly bare their masks and display their profound suffering. Here self-destruction and resentment is misconstrued as love, and the all too obvious cycle of destructive behavior becomes a dominant asset which is transited in the name of family lineage. Disintegrating marriage, dysfunctional relationship between father and son, mother and children, crumbling societal values, and oppressive state, the world of Andrey Zvyagintsev weaves haunting existential poetry and chronicles the indecipherable 21st century malaise. 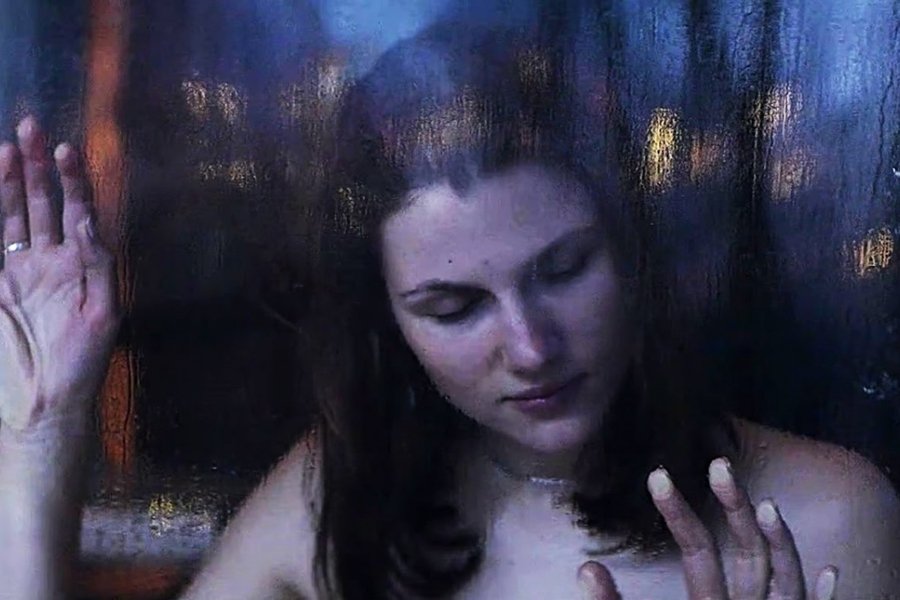 With his fifth film Loveless (Nelyubov, 2017), the Russian writer/director ratchets up his deep observation of existential disquiet and disappointment, surrounding the modern Russia or family in general. Adopting the Nietzschean idea of the eternal recurrence, Zvyagintsev foreshadows his narrative with wintry landscapes, denuded trees, and desolated buildings to get to the people, overwhelmed by hate, ensnared by sorrow and despair. In the hands of a lesser film-maker, Loveless could simply be labeled as a insular, extreme view of modern humanity, but in the clutches of Zvyagnitsev’s solemn, nuanced aesthetics (bolstered by excellent work of DoP Mikhail Krichman), the movie turns into a palpable portrait of gloomy reality; the invincible tragedy perfectly encompassed to form a full circle.

As one had come to expect, Loveless opens with an intense, undulating musical composition (by Evgeniy & Sasha Galperin) that’s paired with the shots of barren, lifeless snow-bound landscape. For Zvyagintsev, the omniscient narrator, the camera does more than composing characters and their movements. It looks up at wintry sky, zooms into the skeletal trees, and the freeze seems to delineate the dysfunction and immobility that are to be encountered soon. The opening shot is cut to a school courtyard, where the students getting out are observed from afar. Suddenly, the camera tracks on 12 year old Alyosha (Matvey Novikov), cloaked in red jacket and carrying blue school bag. He walks into those woods — seen in the opening scene — except that it’s now autumn. He picks up a barricade tape, throws it up in the air, which gets stuck in the tree’s branches; a simple gesture that gains ‘symbolic’ weight in the subsequent course of events. Alyosha is the son of Zhenya (Maryana Spivak) and Boris (Alexei Rozin), divorcing couples who don’t know what to do with their produce of unhappy marriage. They live together for the moment, whose dark inhabited space inside the glassy, luxurious apartment is briefly lit by their iPhone.

In this particular evening, Zhenya and Boris wholly unleash their near-murderous hatred for each other and discuss about Alyosha, as if he is one of the unwanted material blocking the space. Bereaved Zhenya is doted upon by her richer and older boyfriend (Andris Keiss), whereas Boris relishes the warm cuddle of his younger pregnant girlfriend (Marina Vasilyeva). In fact, as much as we see young Alyosha, his parents doesn’t regard his presence. In what amounts to the film’s most haunting moment, right after the couple’s altercation, we see the boy standing behind a door soundlessly crying. Anticipating a new family, Boris caresses his girlfriend’s belly. Zhenya indulges in post-coital talks. And so, in their search for new pleasures and autonomy, they have forgotten the existence of Alyosha. The boy’s absence is only noticed after a day and a half. Having seen the nature of the toxic family, it’s no wonder Alyosha has disappeared. The son’s departure in turn collapses the divorcing couples’ dreams of newfound love and placid future. What we are then subjected is not a narrative of redemption or re-connection, but one of atomized devastation, experienced from the shoes of the sufferers. As the narrative lays bare the individuals’ narcissism, lack of sincerity, search for affirmation and security, the silent scream of the boy relentlessly flashes upon our mind. Eventually, we are not simply the passive witnesses of this tragic tale of love and pain, but closely feel the uncomfortable truth, blanketing our fragmented and agonized selves. 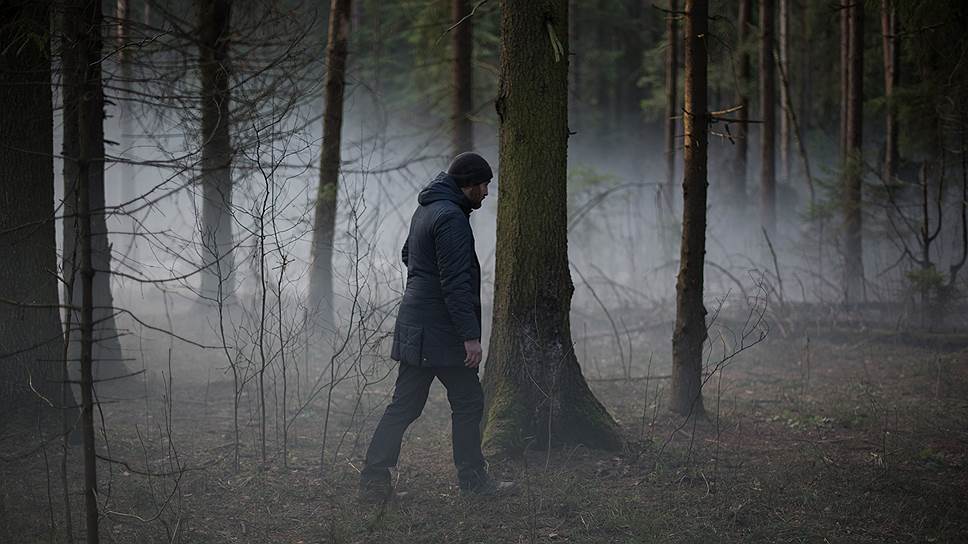 While Andrey Zvyagintsev’s formatic cinematic influences includes the works of giant auteurs Andrei Tarkovsky, Ingmar Bergman, and Michelangelo Antonioni, ultimately Loveless operates on its own unique rhythm and flow, one that resonates strongly with the director’s acerbic earlier works – The Return, The Banishment, Elena, and Leviathan. Younger generations inheriting the malice of older generations is one of recurring motif in the director’s narrative, which is verbalized through Zhenya’s monologue about her past, and later in a ominous scene involving Zhenya and her mother. The emotional pain Zhenya confesses to suggests how it has passed on from one generation to next, instead of love (or the pain and forces of destructive behavior is misrepresented as ‘love’). Zhenya’s mother also expresses nothing but resentment and emotional vapidity towards her daughter. After the end of the mother’s emotional burst, the camera stays inside the room and gazes at her (a bit longer than necessary), ultimately extracting a feeling of helplessness or inanity so as to say that the characters are trapped within the unassailable, familiar chain of corrosive conduct. In fact, it would be futile to approach Loveless as a procedural thriller. Like the aforementioned impressive digression – Zhenya’s meeting with her mother – Zvyagintsev mostly crafts interactions and watches off characters and natural landscape not related to the immediate story, in order to subtly illuminate the tale’s themes.

Working frequently with regular core team of collaborators – which includes producer Alexander Rodnyansky, co-writer Oleg Negin, cinematographer Mikhail Krichman, and Editor Anna Mass – Zvyagintsev’s rich formalist constructions maintains the precise technical standards for which he’s well known. By frequently employing dolly shots and zooms during the most attentive & crucial shots of the narrative, he pushes through the surface and confronts these broken individuals, set against a contemporary landscape riddled with vapid bourgeois space and decommissioned structures. Zvyagintsev’s aesthetics often illustrates the timeless nature of existence; or one could say that his narratives are fusion of eternal and temporal. Fortified by masterful mise-en-scene, he laments for the way life is changing and anguishes over the lack of development of our internal being, which is caught in the recurrence of the same self-destructing and alienated behavior. And so, the film’s themes and temperament could be wholly found in the opening and closing sequence, returning to the same denuded tree in the forsaken land, evoking the familiar flight patterns of our existence. Of course, Zvyagintsev’s cinema doesn’t feel wholesome without its political subtext. Here we come across multiple news reports on the Ukrainian crisis. The familial disintegration gradually stands as an allegory for the nation’s political crisis as Boris and Zhenya, in the end, doesn’t fix any problems in their life and stare into the abyss. However, this very Russian political subtext seems a bit blunt and heavy-handed, compared to the way he commented on the parochial religious and political figures in his previous masterpiece Leviathan (2014). Anyhow, it’s still possible to overlook the political statement and simply savor the finely wrought drama. The performances are all top-notch, especially from theatre artist Maryana Spivak (as Zhenya) playing her first movie role.