Home»Reviews»Who You Think I Am [2020] Review: A layered physiological fallout due to Catfishing
Reviews

The 2010 documentary Catfish, directed by Henry Joost and Ariel Schulman, despite the uncertainties surrounding the film’s authenticity, seeped its way into public consciousness, even garnering its own (inexplicably terrible) MTV ‘reality’ show. The verb catfishing, or to catfish, is to pretend to be someone else online in order to either, enter into a misguided emotional relationship with someone on social media, or just to play nasty pranks on vulnerable people. Either way, it is needless to say that it is not a healthy behavior.

This sort of behavior has been observed since the primitive days of early online chat rooms, for those of us who are old enough to remember them. Parents were warned of older men accessing chatrooms meant for teenagers, pretending to be young men and women, with deeply sinister goals in mind. Trust, directed by David Schwimmer, a film that came out the same year as Catfish, is a brilliant, nuanced film about this very difficult subject. Grooming and predatory behavior were suddenly easier for sick people to engage in and much harder for responsible adults to police. This is a disgusting and vile example of the avenues that anonymity on the internet can take us down.

Similar to Who You Think I Am – Guns Akimbo [2020] Review: A frantically shot lowbrow dark comedy about rampant gamer culture

Catfishing, in its interpretation over the last decade, doesn’t singularly suggest the pure evil goals outlined in the previous paragraph. The exponential growth in the popularity of social media in the 2010s, hiding your true identity online has become somewhat of a regrettable norm. Usually, fake accounts online are used to spread hate. Trolling, a relatively new term, is the act of deliberately making controversial comments to vex other internet users. Then you have the phenomenon of the lonely and marginalized in society, pretending to be a different person than who they are. Social media allows people to do this at a click of a button. 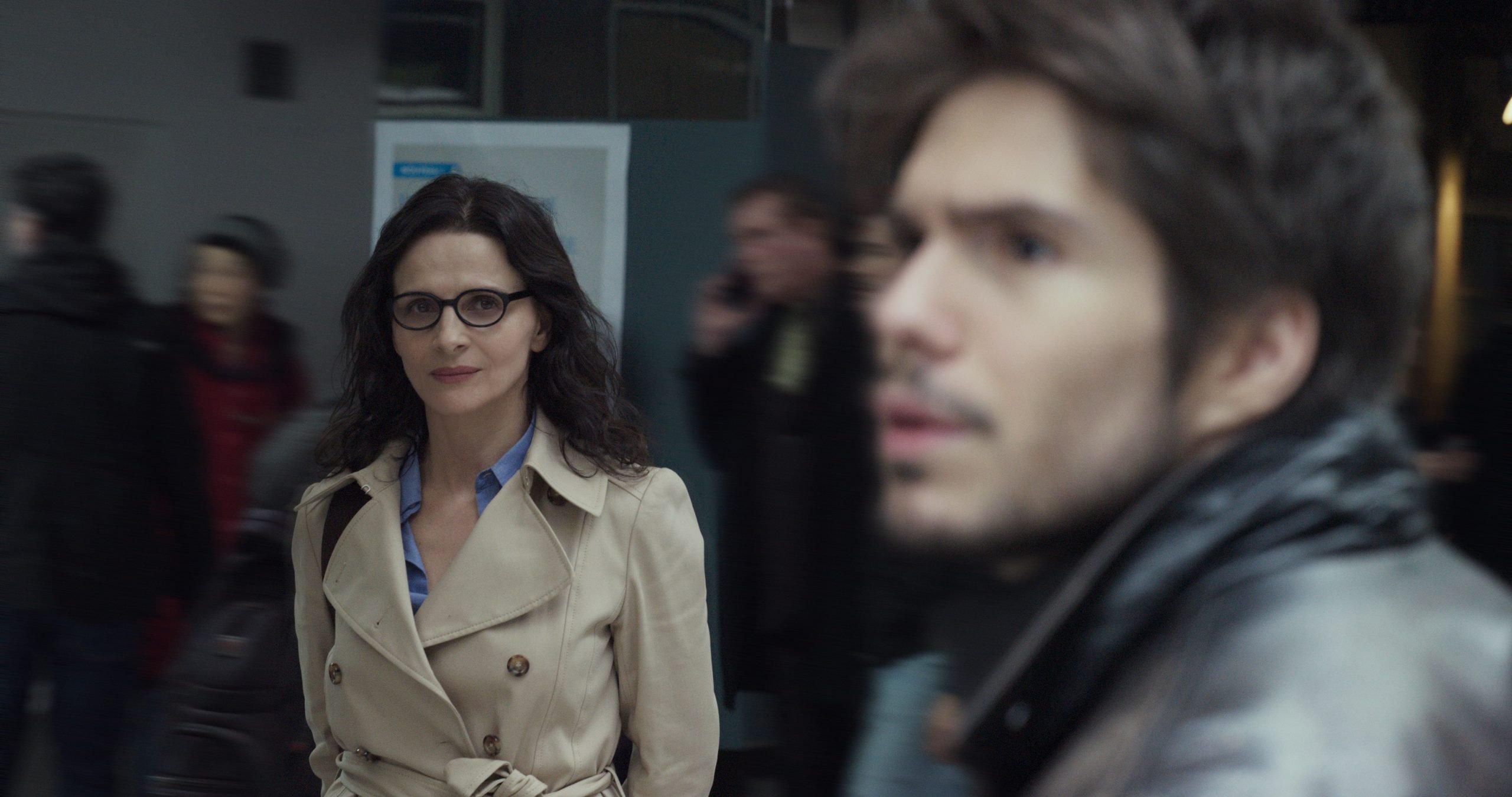 For many, it is harmless role play. Take for example the recent Netflix true-crime documentary, Don’t Fuck with Cats (2019), the two central figures in the online hunt for a killer were using fake Facebook profiles long before they became embroiled in a whodunnit for the Generation Y. One, Deanna Thompson aka Baudi Moovan, admitted that being someone else online is a form of escapism she uses from her perceived mundane real-life. Presumably, her and her other internet pals, who were also quite obviously using avatars, would be continuing to do so, unbeknownst to us all if it wasn’t for the immense hunger for true crime content on the world’s most popular streaming service.

Pretending to be somebody else has an insatiable allure for some people. Juliette Binoche does it for a living. She obviously sees this post-truth world that we live in as thematically rich. The last three films she has starred in, Who You Think I Am, Olivier Assayas’ Non-Fiction (2018), and Hirokazu Koreeda’s The Truth (2019), all have, in one way or another, to do with the blurred lines between fact and fiction. In Who You Think I Am, Binoche plays Claire, an unhappily divorced literature professor who assumes the identity of a girl half her age and begins a romantic relationship with Alex (Civil) through Facebook. This deception begins as an exercise in revenge. Claire was involved in a relationship with Alex’s roommate Ludo (Guoix) before he began to insensitively ghost her, with the help of Alex.

Claire, however, quickly becomes enamored with the attention she is receiving from Alex. Her online experiment quickly becomes an addiction. She admits to her psychiatrist (Garcia) that seeing the green light on her screen brings her comfort and joy. Ibrahim Maalouf cleverly works the various instant messaging sounds into the film’s score, suggesting this is something that Claire, cannot and does not, want to escape from, signaling the hypnotic effect it has on her as she becomes increasingly detached from her physical world. Binoche is excellent at suggesting a past trauma, which will not be revealed until the film’s final act. She brings credibility and dignity to Claire that a lesser actress would struggle to achieve. During a dinner party, a friend describes Claire as a ‘cougar’, another relatively new term, and one that she resents. 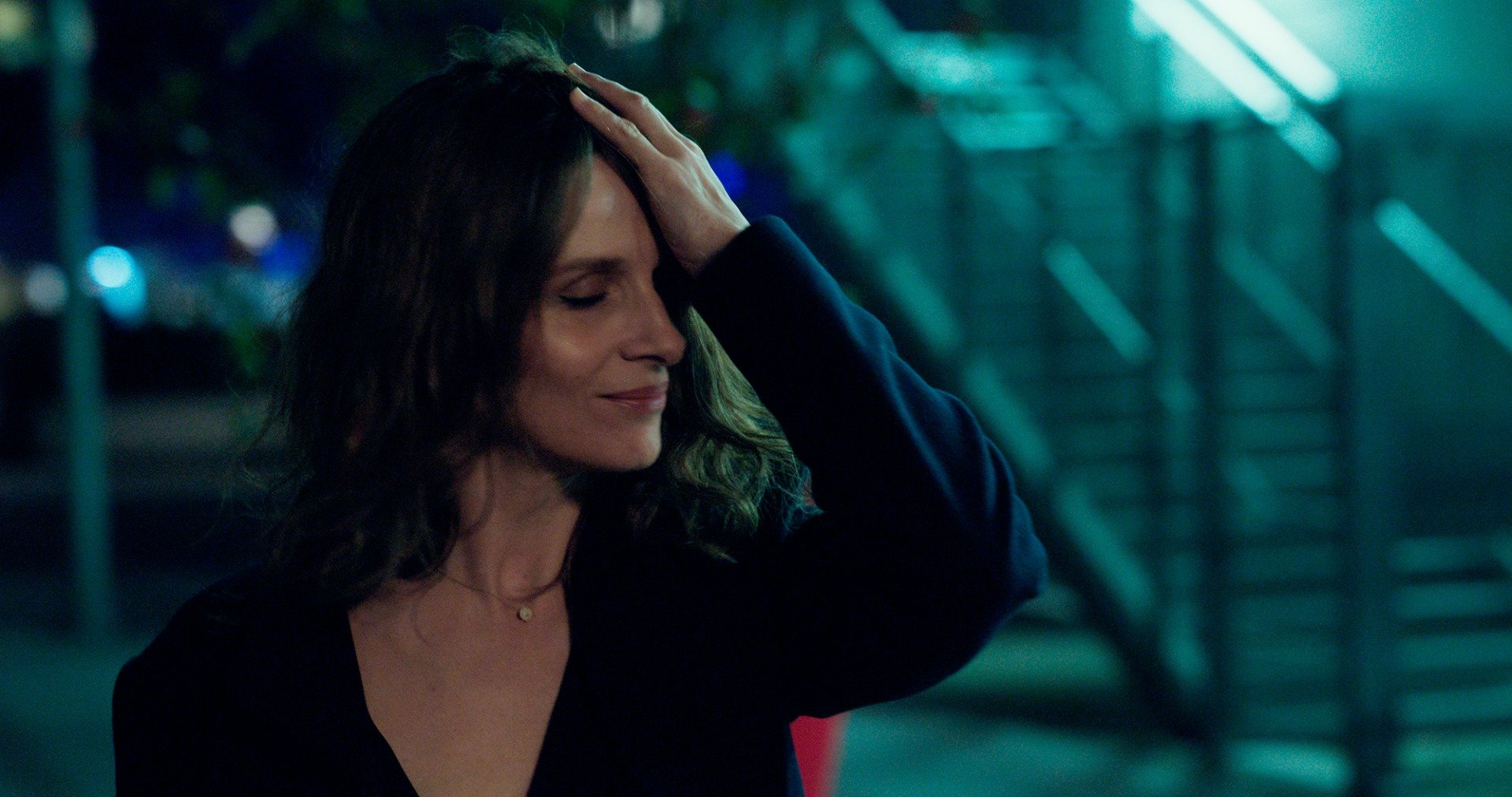 Claire does not want her role in society labeled, yet she is a divorced and sexually attractive older woman, therefore, in the eyes of other people, she is a ‘cougar’. In her capacity as a literature professor, Claire lectures to a room full of her students about Henrik Ibsen’s play A Doll’s House (1879). She says that Nora’s character represents ‘the emancipation of a woman, outside the role defined for her by society and now more than a century later we still relate to her refusal to conform, to subject herself to the norms that imprison us’. In her role-playing online Claire is effectively freeing herself from the ‘prison’ for her own self, and whatever preconceptions others attach to her ‘self’. The unreality of the situation doesn’t bother her. She sees herself as this person in all but physicality.

During this process, she becomes emotionally attached to Alex, and he to her. She does not anticipate the inevitably disastrous psychological fall out from her social experiment. What follows is a layered plot that unravels with plenty of twists and turns that are never as interesting as the original set-up. Binoche’s performance grounds the film through some of its more outrageous flights of fancy, leading us to a final frame that will have you reassess all that you have watched before.

Watch Who You Think I Am Trailer Here