The opening scene of Balloon (Qiqiu) abruptly changes to the forgiving Blue of the floating clouds merging into distant Grey hills and whites of sheep grazing peacefully – perceived through a condom inflated into a transparent balloon; it is a Tibet far away from embracing test-tube babies, and family planning. The ounce of this “family planning policy” program that advocates “sound child-rearing” is jutted against the film’s blue palette that does justice to the tranquil isolation in the plateau whose denizens are perpetually lost into the individual microcosms of psychedelic dreams and mirages. And in one dream sequence, you are surprisingly reminded of Van Gogh’s Wheatfield with Crows immediately liquefying into the concrete reality of unchecked patriarchy.

Director Pema Tseden’s depiction of Tibet- a region torn between modern and idyllic- resonates throughout Balloon (Qiqiu),  its characters firmly enmeshed into the Tibetan values and beliefs. Balloon’s screenplay harps on the cunning mollification of woman’s sexuality. In the film, Ani ( Yangshik Tso) takes to celibacy, and Drolkar, played by Sonam Wangmo, breeds like the ewe chained in her in-law’s front yard. Drolkar rides to a clinic on her husband’s bike accumulates free condoms from a woman gynecologist, nourishes the family, and yet remains evidently muted from reasoning about her body. To her family, this body is simply a chalice responsible to bear more reincarnations of dead ancestors into the household consisting of four men, and irrespective of the economic impracticability of it. To plaintively deduce that Balloon (Qiqiu) is a soliloquy on rural Tibet is to undermine how Tseden conceptualizes the calculated invasion on women’s body that emits a deafening shriek trying to break off the melodious and detached passivity of rural life.

The plot revolves around a shepherd’s family that relies on impregnating ewes to pay off for the next meal. Dargye (Jinpa), the proverbial patriarch and Drolkar’s husband, is trying to sustain this family of six through hook and crook; mostly by frequently slipping into alcoholism and breeding the rams. At first, you do not expect much to happen to these characters who are so intriguingly huddled together into the warm hues of the house. 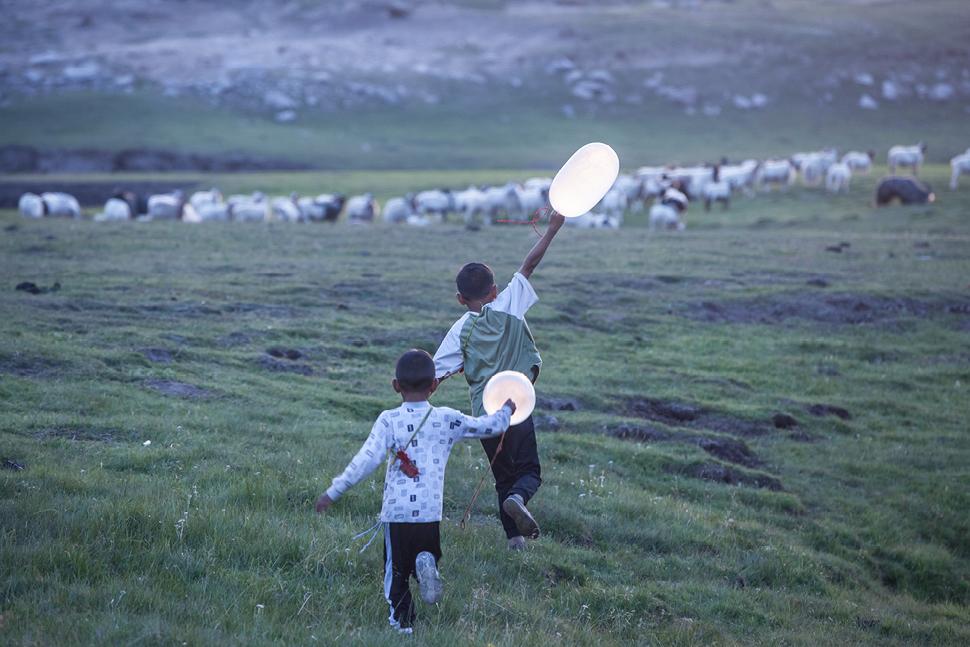 Drolkar visits her gynecologist for tubal sterilization. However, the rebel in her is sadly confined to bringing free packets of condoms. Her character remains subdued under the familial chores until Grandpa dies and she can no longer sit on the fence about carrying his reincarnation into the family. Pleadings for early and safe abortion clash against her hyper-masculine-deeply-religious-brute of a husband’s sentiments, and later she is physically attacked and demonized by her sister (Ani) and husband alike. The taxing urge of turning into a nun to evade male interference into a woman’s body is haunting if not profoundly infuriating.

Its screenplay might leave some frayed cords dangling in the end, and for the most part, Balloon (Qiqiu) might appear to be a stretched advertisement campaigning for population control, but Tseden keeps her aesthetics on a higher pedestal. Never for a moment are you allowed to seek solace from Tibet’s bucolic. Gender politics, spirituality, and backwardness of Tibet’s rural community are interwoven to coalesce into this ambitious work of art at the end of which a red balloon is mysteriously released into the clouds perhaps signifying the final deliverance of the womb from confines of the land.

Silver Bear winner Angela Schanelec on "I Was at Home, But" (2019), Interview

10 Great Asian Films You Can Watch on Netflix