Renouncing the world is a tough call. The ability to carry a carefree attitude relentlessly is a virtue and an exercise in itself. Our hero Ukon Gondo (Takayuki Yamada) is the one who is bestowed with this ability to be called a hikikomori or is simply in a dearth of social tolerance and skills to gel with people. He is repulsed by humans and their evident diversion from righteousness. His unsuccessful pursuits have engulfed his self-confidence entirely due to which he regards himself a loser.

Then there is a private contractor Ginjiro Kinjo (Takuzo Kubikukuri) with nationalistic agendas to turn the tide and reeducate the youth whom he believes to have been blinded by a totalitarianism state under the veil of democracy. He gives our recluse a work opportunity as a miner to dig out the treasures of Shogun, as per his beliefs and earns our protagonist’s loyalty. Ukon befriends a homeless guy Ushiyama (YosiYosi Arakawa) who happens to be his co-worker and a loner like himself with absolutely no communication skills and past without sex.

The absurdity intensifies with the discovery of a robot in the abandoned plant where Ushiyama shelters himself. The robot is skilled and powerful. Ukon is pitied, often rescued and occasionally disgusted at by his younger brother Sakon Gondo (Takeru Satoh) who is caught up with the world working as a salaried employee.

Director Nobuhiro Yamashita adapts Takashi Imashiro’s manga series “Hado Koa Heisei Jigoku Burazazu” in this absurd robot comedy that goes by the name ‘Hard-Core.’ The film comes out like a set of disjoint acts for the first half and a small portion of the second half creating an uneven parallel for the central narrative it carries in its heart. 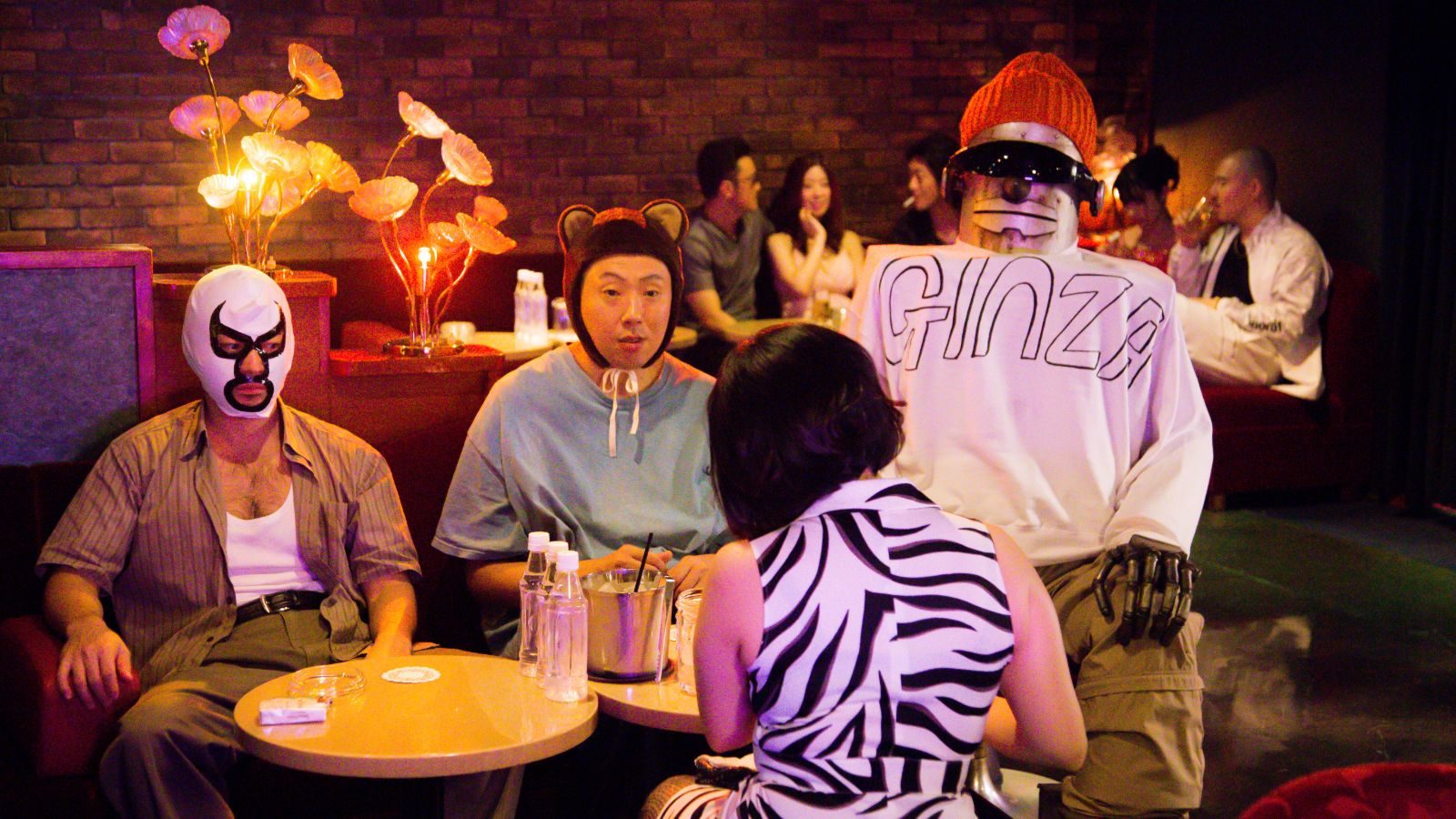 Director’s vision seems to be vague for it never becomes lucid if we are being served with a social commentary which underlines human fallacies or it is a comedy that we are watching intended to tickle our bones. And hence, Hard-Core remains half boiled to pass off as any.

Some sequences, nevertheless, manage to generate laughs because of their unpredictability. Even though the robot’s arc is vital to the narrative in a few episodes, the translucent focus on the character post its introduction reduces the arc to a subplot that runs parallel to the main narrative rather than being the central plot which renders a definitive opinion that better writing can eliminate the entire arc or substitute it with another one.

Which is why it doesn’t become as cherishable and as important as one would expect it to be. Five female characters are inserted in the storyline without any substantial meat provided to their existence and development. Nor do they propel the story anywhere which makes me wonder if they were required at all.

On a brighter note, the acting performances are praiseworthy. Takayuki Yamada substantiates his image of a chameleon actor who is able to camouflage in any role given to him. He is aptly supported by YosiYosi Arakawa who is convincing as Ushiyama. Takeru Satoh is given a restricted and subtle act to portray and he is able to add various layers to the character. While the major complaint remains with the editing, the fine music work balances the scale.

The film manages to touch upon a number of themes pertaining to the plight of voluntary social isolation and the depletion of the admiration for righteousness in the common folks. It successfully segregates the characters from the world to set a contrast between a set of individuals in our protagonists driven by care for each other, loyalty and selflessness and the rest of the world which is driven by materialistic pursuits. This can be quoted as the major reason why the film works. The climax is unpredictable and unsettling in a few aspects but remains open to interpretations. Hard-Core becomes a must-watch film for all the positives it carries.