Filipino film-maker Kenneth Lim Dugatan’s feature-length debut ‘Ma’ (2018) combines elements of folklore horror and natal horror (a sub-genre of horror that deals with growing fear and anxieties of first pregnancy). The one absorbing factor about Ma is Mr. Dugatan’s exquisite design of an eerie atmosphere that retains an unpleasant feeling without resorting to cheap scares.

Similar to the Indian horror movie Tumbbad (2018), also about humans’ confrontation with a cryptic, potentially malevolent force, Dugatan doesn’t waste time establishing the dark, edgy, and strange atmosphere. Nevertheless, ‘Ma‘ falls well short of brilliance due to its overly stripped-down narrative that neither gives the characters a space to evolve nor achieves the emotional force it strives.

Ma’s effective extended prologue begins with the shot of a boy in the dark woods, fiercely stabbing at a dead crow. He then fearlessly wanders alone deep into the forest, entering into a mysterious cave that looks like a gateway to hell. Inside the cave, the boy hears a voice which says something about granting wishes. The boy is named Samuel (Kyle Espiritu) and he lives with his sick mother, Lina (Glydel Mercado) and two younger siblings. The boy’s sailor dad has died in an accident. Soon, the mother dies and Samuel runs to the cave, seeking the voice’s help to resurrect his mother. 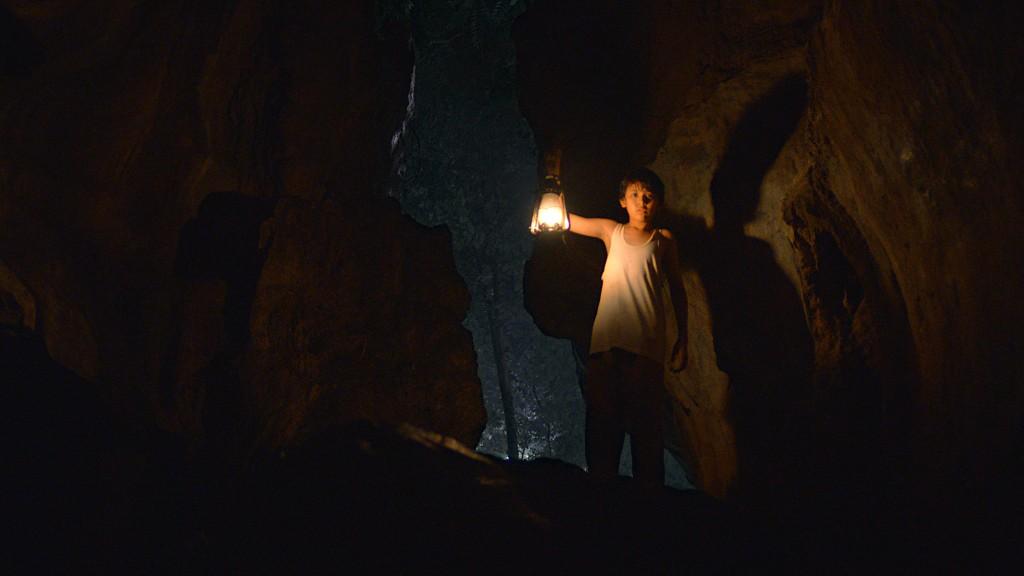 The voice, without much pretense, asks ‘a life for a life’. Samuel returns home and his empty eyes fall upon their cat. He kills it in cold blood in front of his crying siblings. The voice in the cave is satisfied with the sacrifice and returns the mother. Moreover, it turns out that the voice is emanating from the small tree inside the cave, which grows slightly after consuming the life of the dead cat. The narrative suddenly cuts to the story of an anguished, pregnant woman Cecil (Anna Luna). She is still unable to recover from the trauma of her husband’s suicide.

To free herself from the clutches of a domineering mother, Cecil decides to spend some time in their rural hometown. She meets her best friend (Kate Alejandrino) and they talk about their mutual friend Lina. A darker past involving the three friends is hinted in their conversation. Meanwhile though resurrected, Lina remains as a walking corpse, pale and speechless.

When Samuel confronts the tree about his mother’s condition, it naturally demands another sacrifice. And Samuel’s obsessive love for his mother drives him to direct an intense stare towards Cecil’s pregnant belly that clearly unsettles her.  Furthermore, the lone existence in the woods makes Cecil susceptible to dark, hallucinatory visions and panic attacks. It all culminates with an indelibly brutal set-piece and in this dark fairy-tale people seem to get their wishes at a greater price.

The problem with Ma definitely lies in its writing which steadily broadcasts thematic notions (obsessive love, motherhood) without a sound narrative structure. Cecil’s inner conflict is rushed through and we don’t get a clear sense of her past, especially the nature of her friendship with Lina or her adolescent life. In tales like King’s Pet Sematary (not the recent cringe-worthy Hollywood adaptation, but the novel), the focus is on ethical barriers one has to transcend at the expense of his soul. It’s about how a person redefines themselves morally when tempted with a power to reverse the natural order.  But Ma’s two primary characters seem to be already in the grip of psychological disorders. 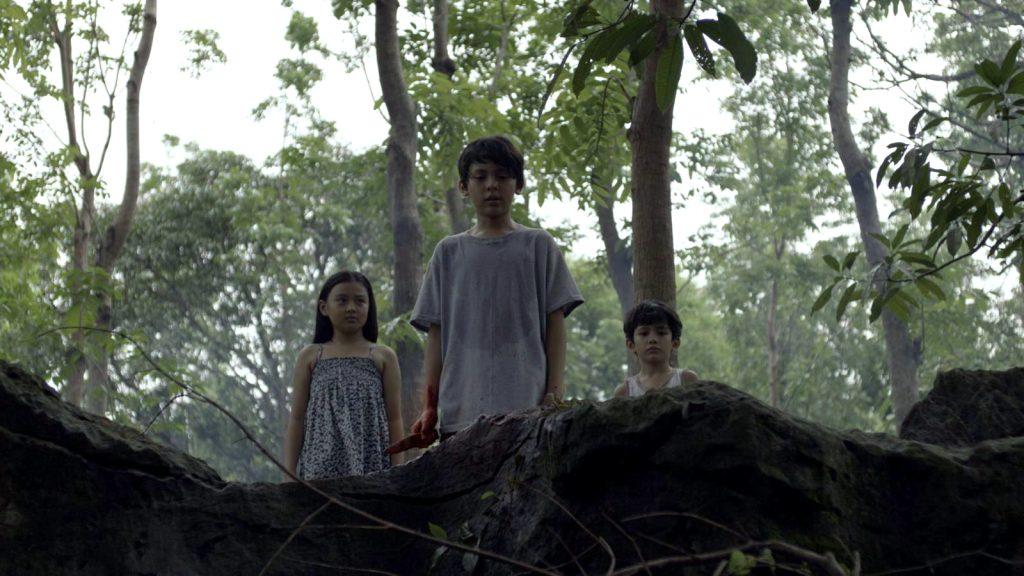 The primordial evil only appears to have accelerated their downward spiral. Of course, suspension of disbelief is necessary to enjoy a horror feature. However, the film’s choice to cut-short characterization and focus more on the mood affects our emotional involvement. The running time is only around 72 minutes and they could have easily added 10 to 15 minutes to firmly establish the characters. There are definitely some chilling sequences that perfectly immerses us into the fearful mood, anticipating the bang. And the boy Kyle’s blank stares contribute to the terrifying factor. But the set of mesmerizing visuals isn’t enough to masquerade the way ‘Ma’ keeps offering us stale, anemic, and perfunctory narrative crumbs.